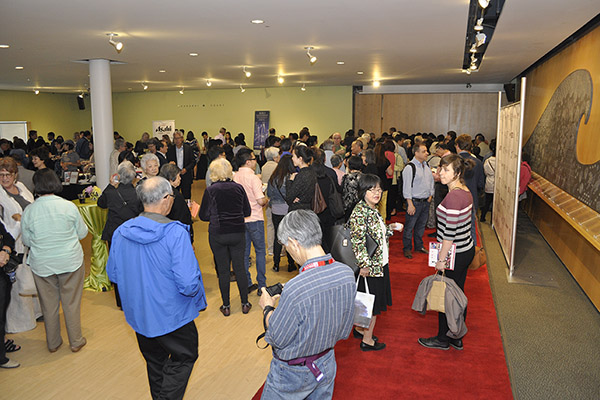 Crowds of filmgoers line up ahead of the Toronto Japanese Film Festival’s premiere on June 9 at the Japanese Canadian Cultural Centre. Photo by: Staff

TORONTO — There’s no lack of imagination when it comes to Japanese cinema with films featuring everything from school girl yakuza bosses and time traveling samurai.

To see these films often requires either watching them bootleg or “for free” online, but luckily the Toronto Japanese Film Festival and the line-up this year is looking fantastical.

Now in its fifth year, the film festival showcases an ever-growing variety of Japanese films. It’s set to run from June 8 to 23 this year with over 24 films some of them being International premieres.

“I’m incredibly proud and excited for this to be our fifth year,” James Heron, executive director of the Japanese Canadian Cultural Centre, said at the opening night. “It has grown to be the largest of its kind in North America.”

Yoji Yamada’s Nagasaki – Memories of My Son will premiere this year on the festival’s opening night. The film was nominated for 12 Japanese Academy Awards including Best Film. 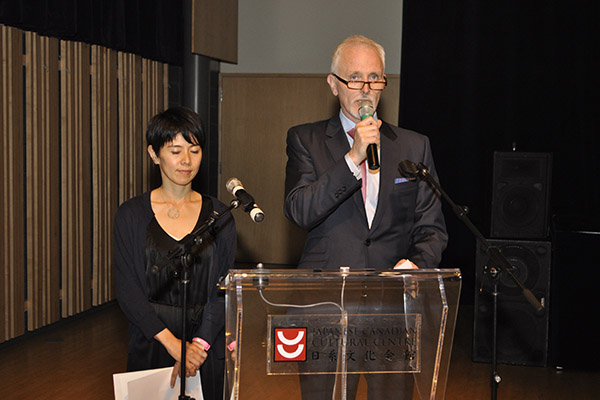 “The festival showcases the finest Japanese films that have been recognized by excellence by Japanese audiences and by this community who have recommended films they would like to see,” James Heron, right, said at the opening night.

Persona Non Grata, the story of Chiune Sugihara the Japanese Consul in Lithuania who saved over 6,000 Jewish lives during the Second World War, will make its Canadian premiere on June 12. The film was released in 2015 and had been received well at several festivals in the United States.

The screening will be attended by director Cellin Gluck who will introduce the film. Other Canadian premieres include The Emperor in August, Mipo O’s, and Parasyte (Parts 1 and 2).

“This is some place we, the Japanese film-makers, can look for the future of Japanese cinema,” Harada said. “The selection is impeccable with the dynamic of the true international film festival.”

Tickets are on sale now for the festival with five film passes and deluxe 10-filmpasses. All films will be presented in Japanese with English subtitles.

To find out more visit: www.jccc.on.ca/tjff/schedule