Toronto’s Bay and Dundas isn’t Little Tokyo quite yet 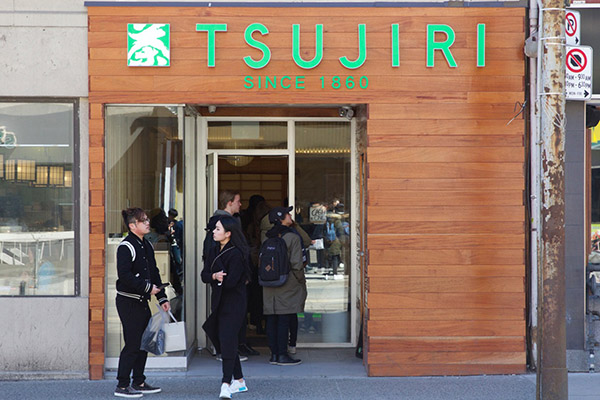 It might take more than a few businesses like Tsujiri Matcha Cafe to make a true downtown Japan Town. Photo by: Scott Kawaguchi

The lines. Whether it’s Uncle Tetsu or Tsujiri Matcha Cafe, lines are inevitable if you want to try the latest Japanese trend to reach Toronto’s Bay and Dundas area.

Over the last few years, the intersection has seen an explosion of Japanese businesses from sushi restaurants to the city’s only maid cafe, which was featured in our previous issue.

This growth has some calling the area Toronto’s own Little Tokyo, which I think is a great thing. 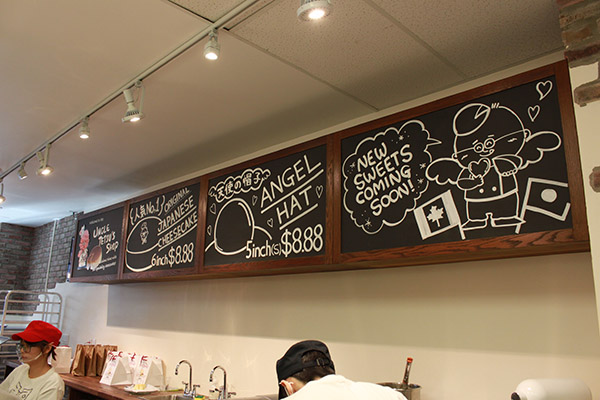 Uncle Tetsu has expanded with a number of stores since they opened a few years ago including one set to open at Union Station. Photo by: Kaori Fujishima

I hear so often from young Japanese Canadians that we don’t have our own Japantown to visit, so perhaps with the mounting success of the businesses there we’ll one day have a place that where can find all the amenities we need.

However, what makes an area of a city a true Little Something?

Toronto’s Chinatown began its life in the Bay and Elizabeth area in the late 1890s, but eventually moved west to where it now resides along Spadina Avenue. While the street is largely made up of restaurants, a number of communities now call it their home and the depth of the place goes far beyond storefronts. It has a history and having a history to look back upon is a really big thing when being considered as a cultural entity.

Events like Chinese New Year take place at the Dragon City Mall right at the corner of Dundas and Spadina as well as the Toronto Chinatown Festival with its annual parade.

The major issue I have with Bay and Dundas being thought of as a Little Tokyo is that right now it’s only a commercial zone made up of restaurants, cafes and one store. 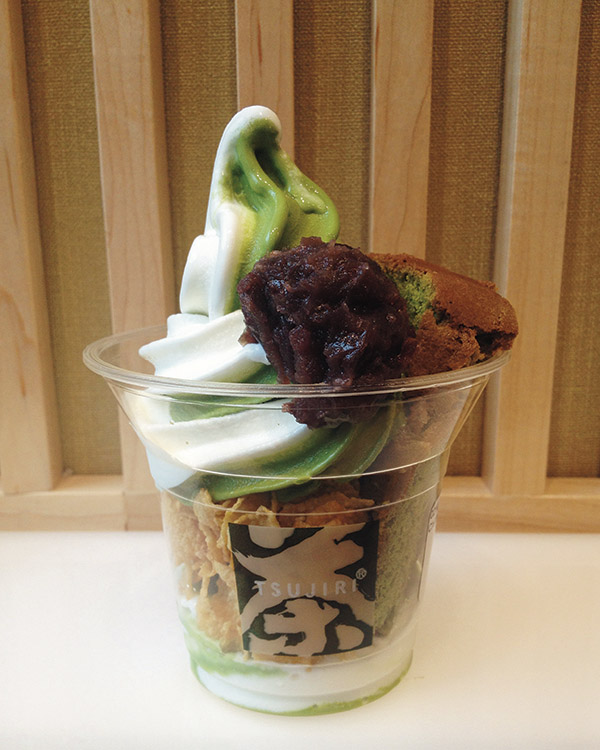 Albeit restaurants and cafes where you can get some pretty tasty stuff. Photo by: Diana Duong

They offer a place to meet, but rarely give visitors a cultural experience outside of the culinary one they might be enjoying. If you want to recreate the meal you just had, you have to go far outside of the downtown core to find the right ingredients.

I’ve heard rumours of a Japanese grocery store chain courting both Vancouver and Toronto, so things could change very soon.

Stores like Muji, which offers a number of Japanese products including stationary, clothes, and knick knacks, gives you the product, but not the spirit. There’s no exhibit talking about the design philosophy behind their famous pens or how their light clothing helps Japanese people survive harsh and humid summers.

Give someone a Muji pen and you tell them it’s Japanese they’ll automatically see it as being a superior pen compared to your typical Bic pen. It’s made in Japan, so it has to be good, but what exactly makes it a Japanese product? What about its design that gives it the status of being something that’s truly Japanese? Why is something Japanese so much cooler than something Canadian? If you gave someone a pen made in Canada, what would they think of it?

Calling the area Little Tokyo is cool and buzzy, but it’s a claim that lacks substance, at least for now. 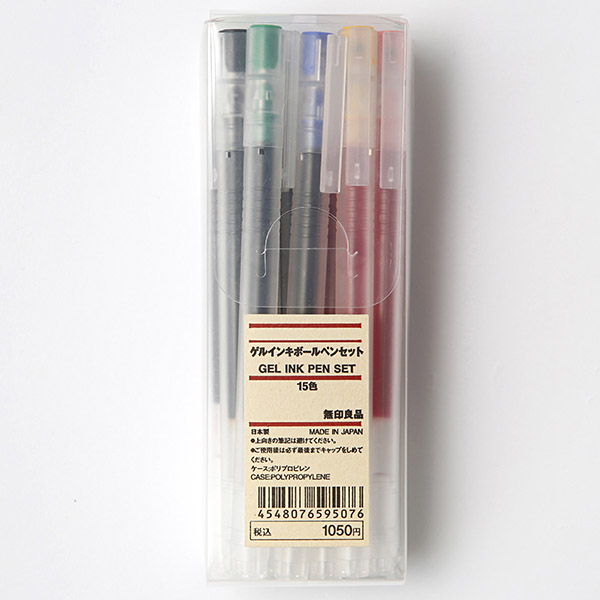 What makes a Muji pen so much better than a regular Bic pen? Is it because Japanese things are cooler or more hip than their Western counterparts? Photo courtesy: Muji

Events like the Summer Matsuri held at the Yonge-Dundas Square have helped introduce Japanese concepts to the downtown core. The activities go a little deeper too including not only the food, but the various facets of what it means to be Japanese. More diverse businesses need to exist in the area too like a language school before it can really grow.

It will just take time.

As a Japanese Canadian, defining what kind of cultural experience I want from a Little Tokyo is difficult to describe. I remember once being in Kobe, Japan, near to the embassies when I found a Canadian-style restaurant.

Inside, I looked at the menu to find that maple syrup chicken was a favourite menu item, which I have to admit I’ve never tried as a Canadian.

I can’t help but feel that the Japanese companies who are here only give Torontonians a surface look at Japanese culture, which, in a way, is an ideal strategy for selling products.

Hitting people over the head with too much information about Japan might turn them away thinking what they’re about to experience is more like a cultural exhibition.

Then again giving people little to nothing to think about while they wait in line for an hour or two to enjoy a matcha sundae is also a bit of a waste.

There’s a literally captive audience, but all they take away from the Japanese experience is a funny paper bag.

A Little Tokyo is something I hope to see one day in Toronto, but we should tread lightly before pinning it down to one place.

While Bay and Dundas has a lot of businesses from Japan, trends do come and go. There might be a time when Uncle Tetsu’s lines will disappear, so there needs to be something more to draw curious Canadians in.

Japanese culture is more than just a series of commercial businesses, but this is a really good start to something that could grow and grow into the future.