Toronto’s first Matsuri festival was a hit in downtown Toronto 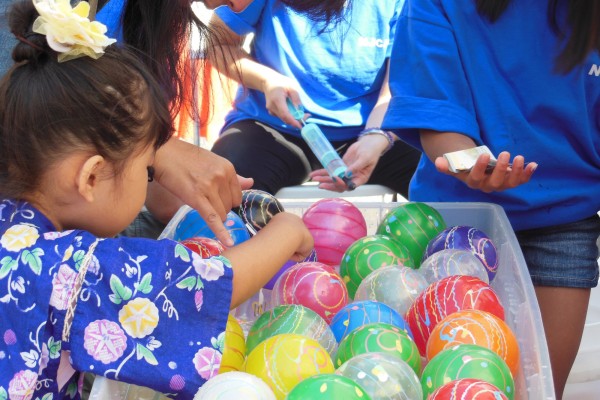 On Sunday in the heart of downtown Toronto, the sound of taiko – Japanese drums – filled the air. The beating of the drums grabbed a captive audience’s attention making them gaze onto the stage at Yonge and Dundas Square.

There were nine women beating the drums with both power and enthusiasm. They were the Raging Asian Women Taiko Drummers (RAW), a group that was formed in 1998 as one of the only all-women taiko groups in North America.

They set 4 of their taiko horizontally in the front of the stage and 2 people facing each other stood between each taiko. Their dynamical and sharp performance was so impressive that people’s eyes were glued to them.

This was the official opening of MATSURI – 1st Toronto Japanese Summer Festival.

So who organized this event? His name is Mr. Shuntaro Kurakake. At only 27 years of age, he is president and CEO of Kurakake Company and he has been playing an important role as a fashion event creator. When he graduated from high school in Japan, he flew to England to study academic English. After that, he moved to Antwerp, Belgium to attend Royal Academy of Fine Arts and studied fashion design.

When he graduated from the academy, he moved back to Tokyo and was employed by H&M as the company opened its first store in Japan. Even though he contributed to its grand opening, he couldn’t bury his dream to demonstrate his ability and open his own business in foreign countries. There were two reasons why he chose Toronto to start his new life. The first reason was that he found it easy to acquire a work permit in Canada for working holiday. The second was that he thought Toronto offered opportunities to new comers in fashion design. New York, London, Paris, and Tokyo would come up to our minds when we think about fashion business, however, Toronto’s hidden potential caught Mr. Kurakake’s attention.

Mr. Kurakake came to Toronto in September of 2011. Soon after he arrived in Toronto, he started planning charity events. This event was held on March 30th, 2012, which was one year after Tohoku earthquake happened. In total, he raised $8,500 and was donated to Tohoku through Habitat for Humanity Japan. This event proved that he definitely has an extraordinary talent to organize and attract people to his events. 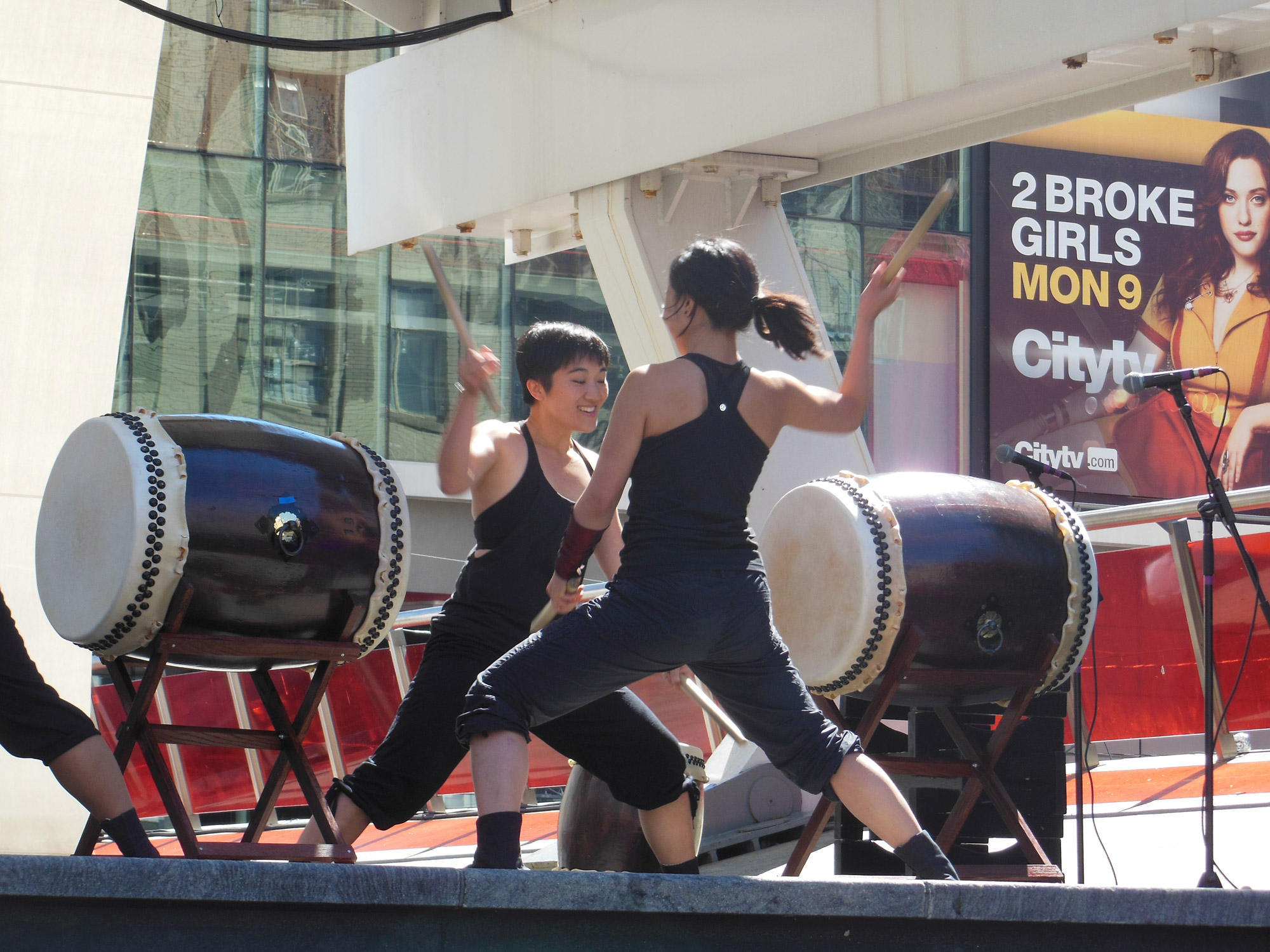 So how did Mr. Kurakake come up with the idea of MATSURI?

“The other communities including Korea, China, and India hold huge events downtown. On the other hand, the Japanese community doesn’t hold events downtown, but rather within their community,” he said at the event in Toronto.

“Downtown there is a great opportunity to introduce Japan to local people, so the main point of this festival is to bring Japanese traditional goods, services, culture, and businesses to Toronto. I want local people to have interests in Japan through this festival. I wanted to introduce Japan before the conclusion of TPP (Trans-Pacific Strategic Economic Partnership Agreement) because I thought it would be important to act at the grassroots level,” he said.

At Yonge-Dundas Square, many of the Japanese communities and Japanese restaurants in Toronto gathered and held their booths. High-spirited people who were wearing happi or yukata attracted customers to their booths. Happi is a traditional Japanese straight-sleeved coat and yukata is a Japanese casual summer kimono. Both are usually worn at summer festivals in Japan.

Yonge-Dundas Square was filled with people the whole day. In front of the popular Japanese restaurants in Toronto, hundreds of people were lining up to try the Japanese summer taste, such as Karaage (fried chicken), Yakitori (skewered grilled chicken), and Kakigori (shaved ice dessert). The people of Toronto must have enjoyed the taste of Japanese summer cuisine. Some restaurants even sold out of all of their food in the middle of the festival.

But food wasn’t the only part in which people showed their interests. At the booth of Toronto New Japanese-Canadian Association (NJCA), children and their families seemed to enjoy ‘yo-yo tsuri.’ Fishing a water balloon floating on the water with a wire hook attached to thin paper is difficult, but fun. The children looked happy and a smile broke out on their faces when they were able to fish out the balloon from the water.

Suddenly, many men who were wearing happi started making noises. At the place from which the noise came, the men were carrying mikoshi over their shoulders and it was moving up and down. Mikoshi is a palanquin that is believed to be served as a vehicle that a divine being takes to move between the main shrine and the temporary shrine during festival. What is going to happen? People must have wondered. The mikoshi began to move forward with men crying out enthusiastically. This scene is pretty normal in Japan, however, it was such a fresh moment to see mikoshi in Toronto.

At 4:30 p.m., young men and women wearing various kinds of yukata gathered on the main stage. It was time for Yukata Fashion Show by Toronto Kimono Club. The presenter introduced a couple of men or women one at a time and gave brief explanations about their yukata. They came down the stairs from the stage to get closer to the audience, showing them how beautiful yukata are. 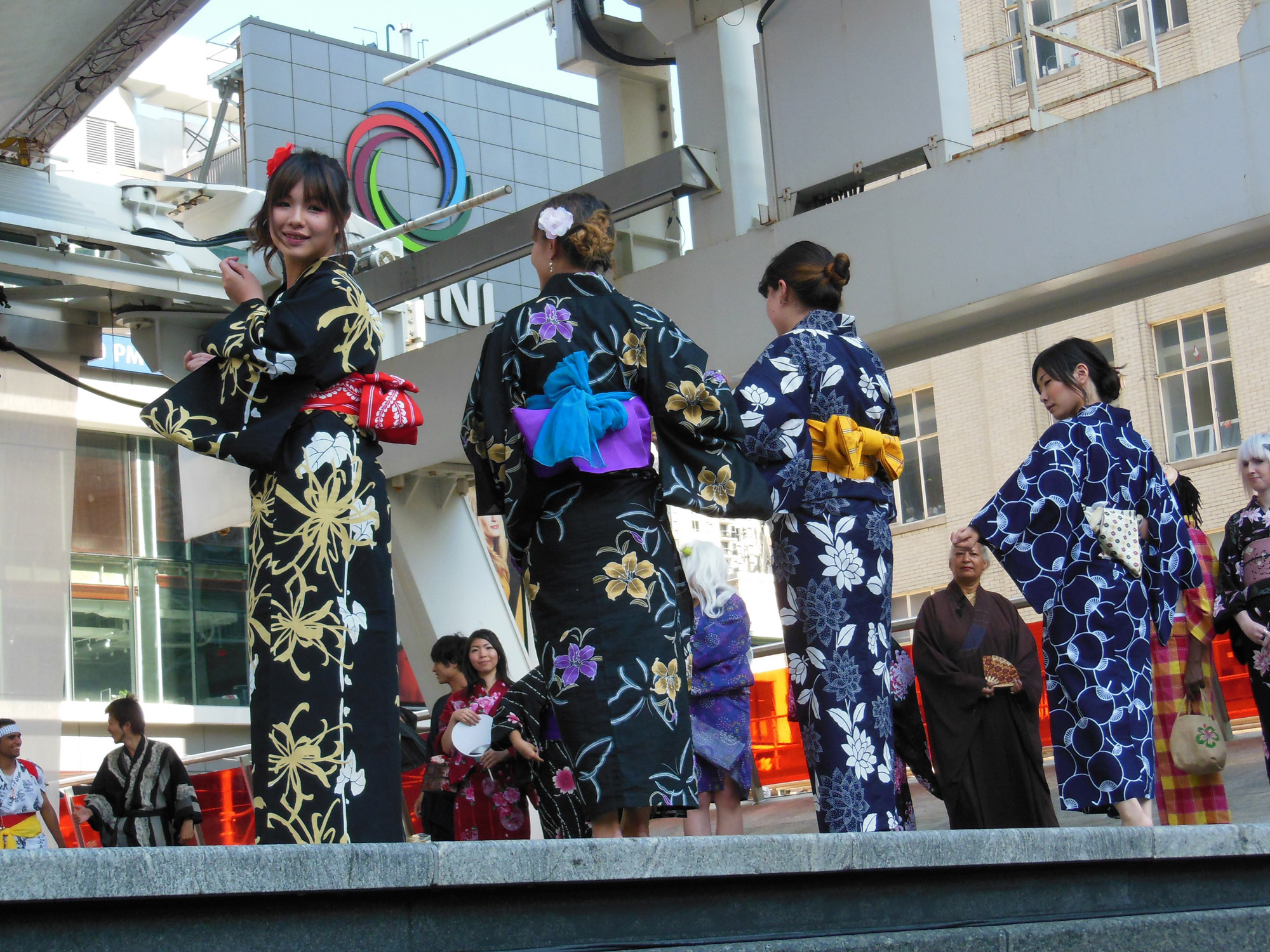 From tradition to unique, from simple to gorgeous, they showed the audience that the yukata can be arranged to suit the person wearing one, and that the enjoyment of wearing a yukata is most important. In the middle of the fashion show, the presenter picked one woman from the audience and demonstrated how to wear yukata. It must have helped to make the audience believe that yukata is not too difficult to wear. At the end of the show, all of the men and women rallied in front of the stage and it was one of the best scene of MATSURI!

Because it was the first year to have a MATSURI in Toronto, it makes Mr. Kurakake’s passion for MATSURI all the more special. “I’ve kept it strong in my mind that I am going to make the first Toronto MATSURI a success. When I succeed the first time, I will get the chance to carry on second, third, forth…”, he said. Actually, his goal was for 10,000 people to visit MATSURI, however, it was estimated that over 20,000 people attended. “It’s more than successful”, he looked satisfied.

There must be many ideas for the next big event in his mind. “I’d like to hold a fashion event within this year”, he said. Then, I asked what he wants to achieve in Toronto. “My dream is to continue MATSURI. I want to connect the Japanese community to other communities in Toronto while respecting Japanese tradition and culture. It’s going to be great if I can hold these kinds of events all over the world!” His eyes were shining with the energy that was flowing in his body. He is going to be one of the central figures of bringing Japanese culture worldwide in the near future. 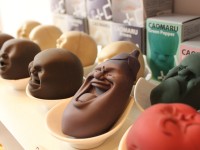 Brilliant Japanese goods at the Cubeshops in downtown Toronto
February 15, 2014 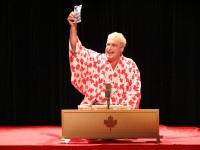