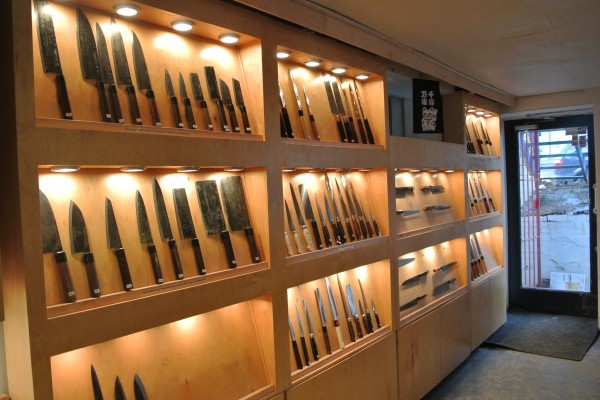 Inside of the small shop, the owners have a large selection of Japanese knives and they also offer sharpening services and custom made saya. There are over 100 kinds of knives including kitchen knives, pocket knives, and expensive knives for collectors.

However, unlike many other stores many of TOSHO’s come right from Japan.

The owner of this shop, Ivan Fonseca is a knife sharpener, polisher, restorer, and saya (or knife case) maker. 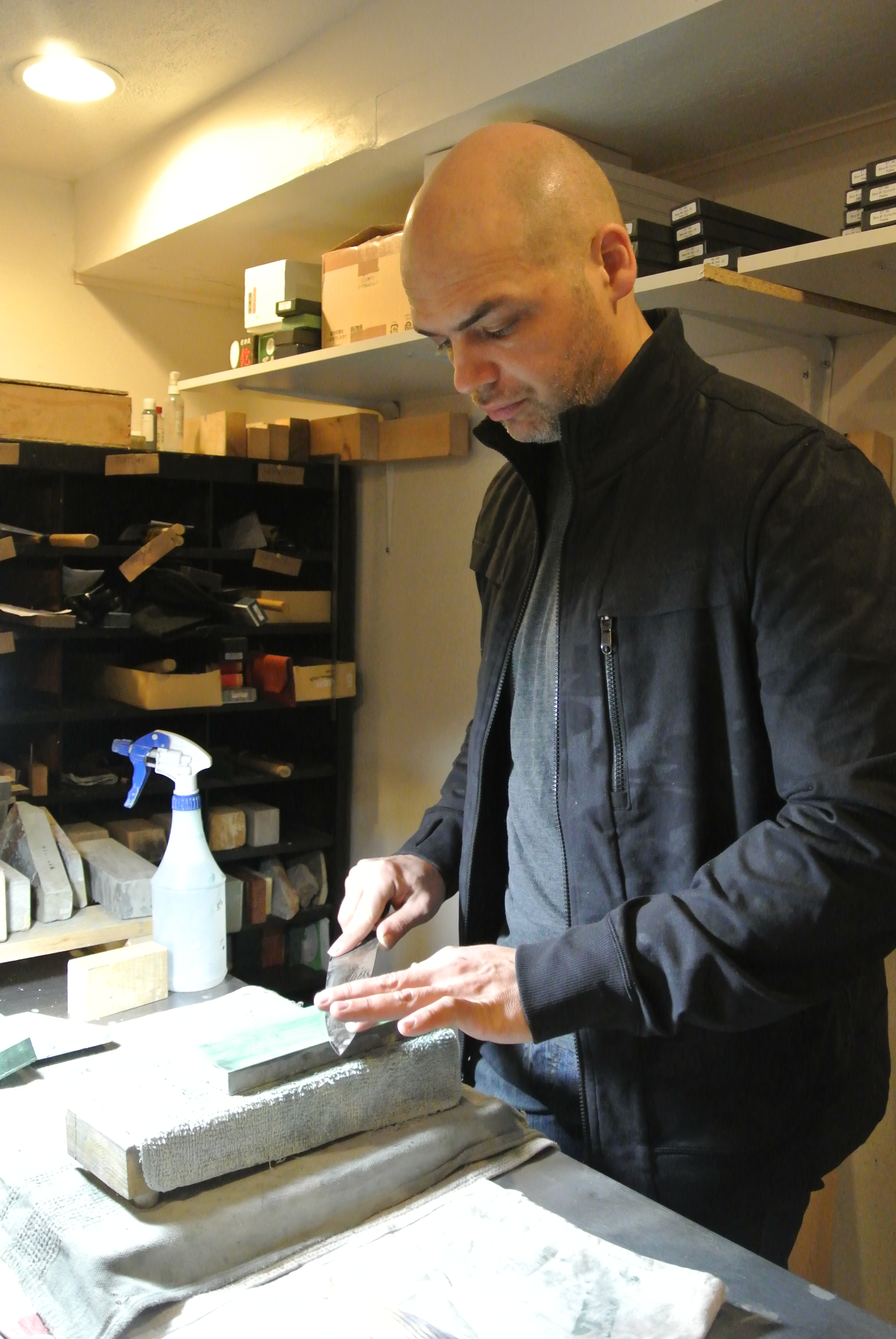 Ivan Fonseca in his workshop located near to Honest Ed’s in Toronto. He’s been using Japanese tools since he was young and it was his grandfather that helped him gain an appreciation for them. Photo courtesy: Remi Kobayashi

Ivan started his business in 2009. At first, he offered sharpening services and custom made saya. He tells us his interest in Japanese products was spurred on by his grandfather who was an architect.

Ivan has had a close relationship to Japanese tools since he was child. His grandfather used Japanese carpenter’s tools such as Kanna, Yasuri, and Nokogiri on his works, and Ivan still remembers the tools well.

The turning point arrived when Ivan started working in a restaurant as a chief at eighteen years old. At the restaurant, he realized how  careless chefs can be about the knives they use, which made him determine to share with people the importance of high quality Japanese knives, and also how to care knives. After studying Japanese style polishing, Ivan met Olivia Go who was teaching Knife Skills classes at Good Egg in Kensington Market. After that Ivan and Olivia formed Tosho Knife Arts. 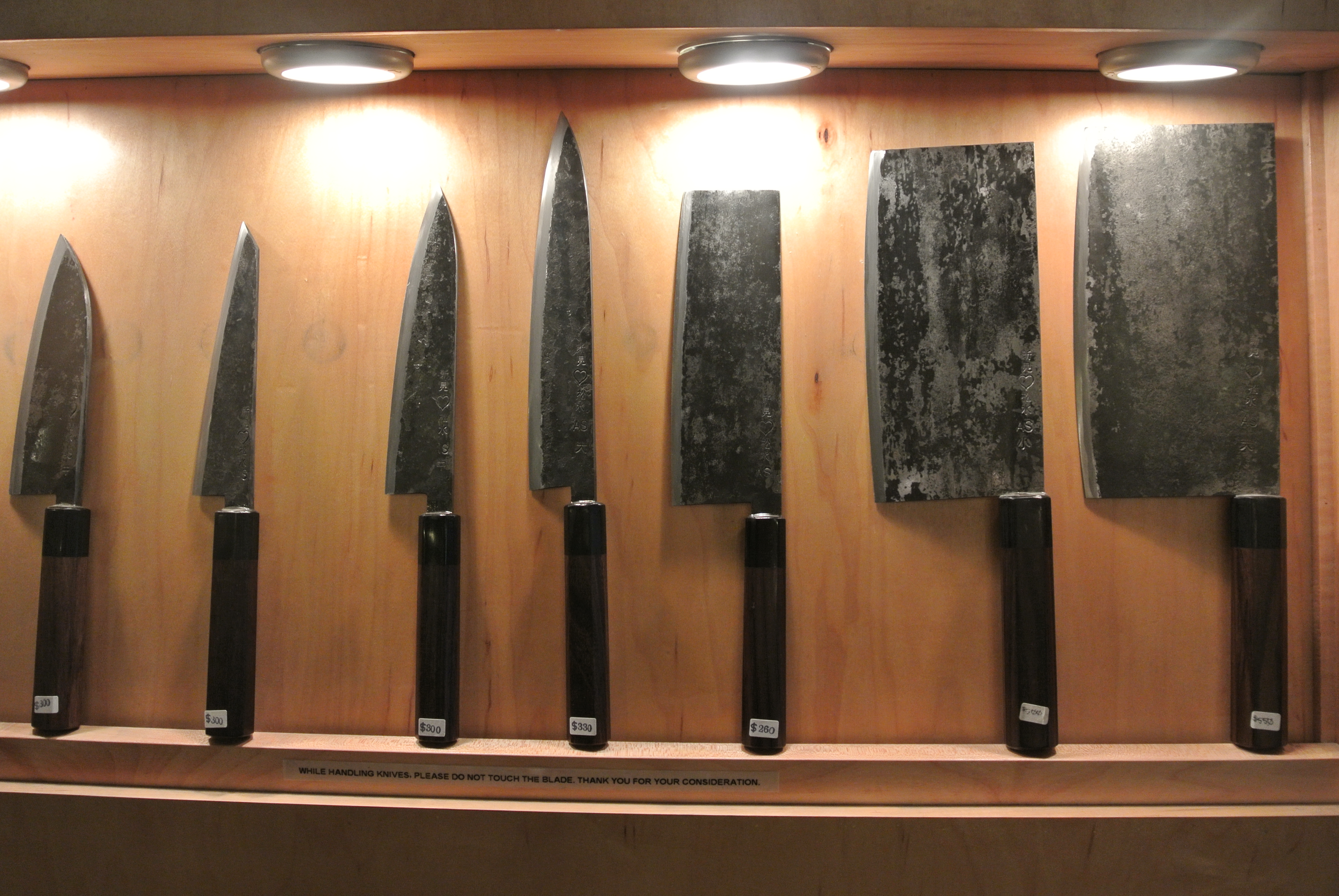 “Japanese knives are really different from other knives,” Ivan told Nikkei Voice during an interview.

“For example, if I use well known German knives once, it will be dull and difficult to cut only after one day. However Japanese knives can keep the first condition for several months. Moreover Japanese knives are put blacksmiths’ soul and personality.”

He explained that each knife and the blacksmiths who made them have a special kind of signature. Even though there are so many kinds of knives, he remembers who made it and where came from. 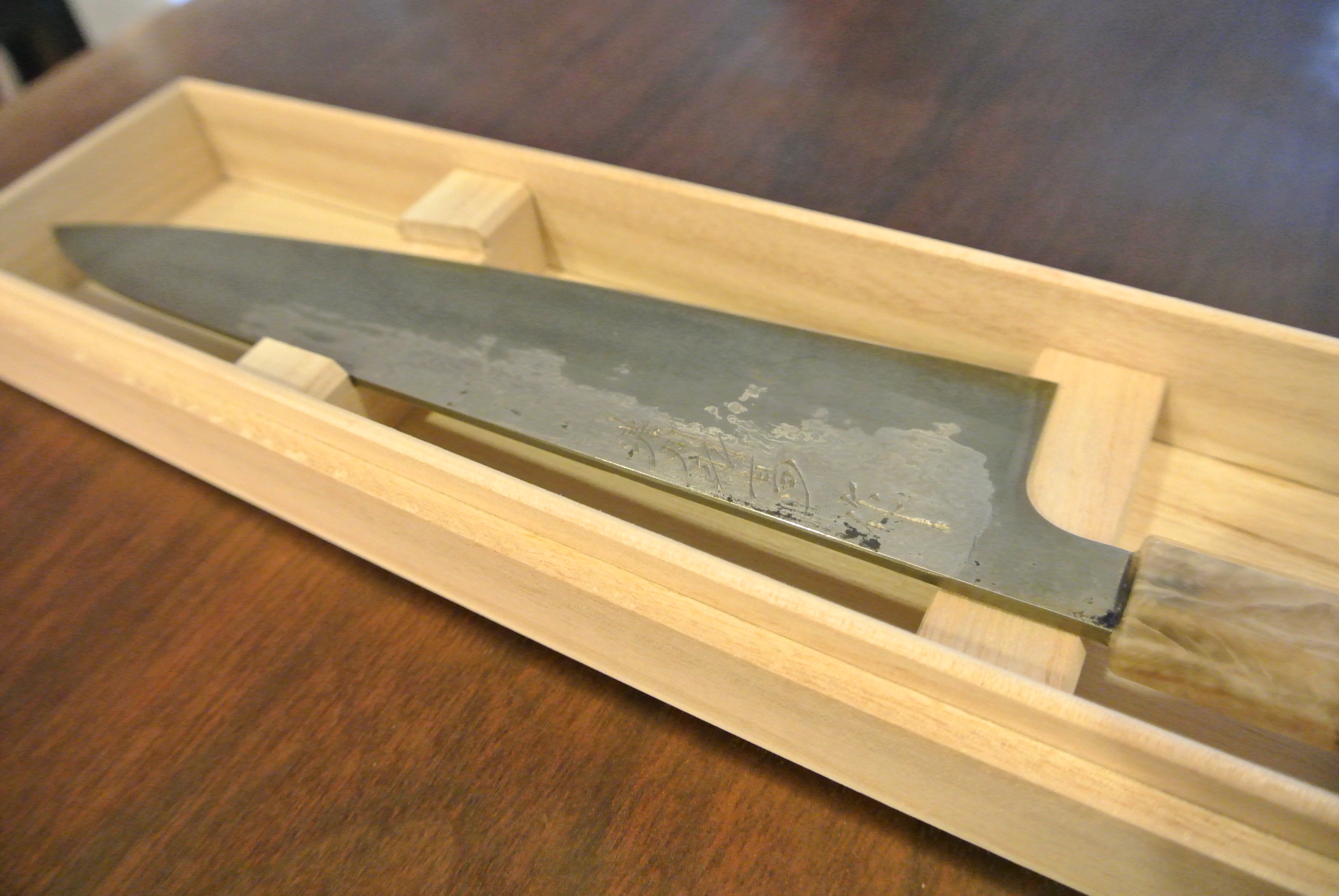 One of the many blacksmith-created blades in the shop. Photo courtesy: Remi Kobayashi

Ivan also has good relationships with Japanese blacksmiths. “The Japanese blacksmiths visited us sometimes, and also I am going to Japan many times. I visited blacksmiths’ studio and see them to feel what they want to do. Nimi City, Okayama prefecture, where it has the Takeda Hamono studio and beautiful river, is my favorite,” Ivan said.

However, Ivan is apprehensive about Japanese blacksmithing’s future. Japanese knives have gained popularity over the last 5 years, but due to low wages young blacksmiths tend to leave before they become a professional. Seeing this, he decided to support young blacksmiths.

Many of the knives in the store are from these young Japanese blacksmiths and Ivan’s hope is that we come into the shop and feel inspired by the artistry and care that go into each blade.