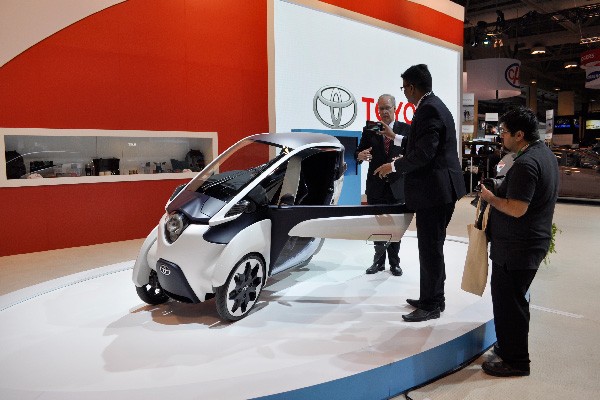 The small, three-wheeled electric vehicle travels at a maximum of 60 km/h and is part of the company’s goals to reduce gridlock and pollution around the world.

Toyota has yet to decide if they will be mass producing the concept vehicle, but if this trial goes well it could very well be the next Smartcar; however, the tiny vehicle can only reach half the speed of the competitor.

“Our concept was to offer something that’s both fun and convenient for city driving,” Akihiro Yanaka, the i-Road’s chief engineer,  told Reuters.

Within Toronto’s downtown core, roads speed limits are usually below the i-Road’s maximum speed. However, outside into the Greater Toronto Area some major roads can reach up to 80 km/h meaning the i-Road would not likely be able to keep up with others on the road potentially increasing gridlock.

However, if used in small spurts go between downtown areas the concept could work, but perhaps it’s an idea that’s more ideal in Tokyo rather than Toronto. The plan to use a car sharing program to rent out the i-Road, however, is something that could gain traction with Canadian drivers.

Car sharing programs exist around the world and offer a wide variety of vehicles to drive. Perhaps the most well known service in Toronto is Car2Go, which offers up a Smartcar at a cost of $0.41 plus tax per minute to drive. It’s convenient, but there are other services that offer car sharing with vehicles larger than a Smartcar. 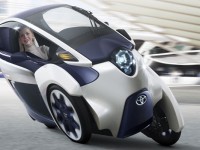