Going traveling? Need a laptop? We’ve got you covered. 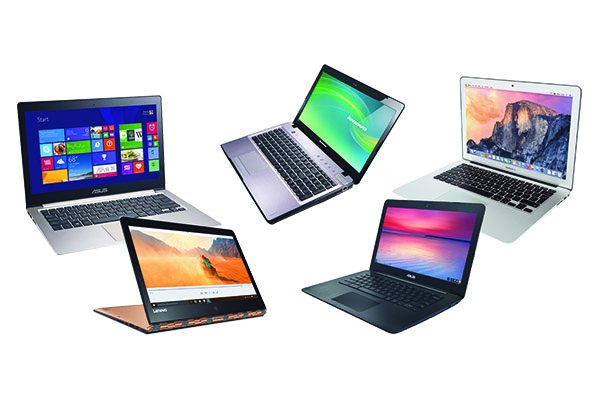 If you’re a person who is soon to be on the go, say in a place like Japan, you might be needing a laptop during your extended travels.

There are many things a person should consider when buying a computer they are taking overseas like battery life, warranties,  and portability.

It’s also important to know that you don’t necessarily have to spend thousands of dollars buying the best while there are gems in the rest.

Here’s a guide to four laptops all in different categories ranging from budget to powerhouses that could suit your needs if you’re traveling far overseas.

There are a number of types of laptops that exist and all of them use an operating system.

Operating systems like Microsoft’s Windows and Apple’s Macintosh software are definitely the most well-known, but Google has created their own.

The Chrome OS is a simple to use and highly versatile operating system that allows users, mainly, to surf the web. Word processing can still be accessed so long as you use an online processor like the one found through Gmail.

Without the license paid to companies like Microsoft, Chromebooks are often quite inexpensive too ranging from $250 to $450, but you really do get what you pay for.

Chromebooks are ideal for someone who needs a laptop for checking their email or watching videos, but for tasks like editing photos or videoes you may have to look elsewhere.

The ASUS Chromebook 11.6″ is a good computer to look at if you’re in need of a budget-conscious laptop.

Laptops are no longer limited to the book-like shape we know them to be.

Some can have their screens bent over the back essentially turning them into tablets that feature touch screens.

This makes 2-in-1 laptops extremely portable allowing you to take it with you on excursions outdoors whether you’re on a field trip or on an environmental assessment.

These new designs also necessitate that the screen, which is often one of the heaviest components of the laptop, must be light meaning that the overall weight of the device is kept quite low.

The only issue with a laptop like the Lenovo Yoga 700, which is a good example of an affordable 2-in-1 is that they often do not feature disc drives for DVDs and they can lack a little computing power when compared to some of the competition.

Ultrabooks are often as powerful as their name suggests, but picking the right one can be hard.

The Mac Book Air is often the go-to choice when it comes to buying a thin, powerful laptop that can be used for word processing, creative work, or even playing games; however, it’s not your only choice.

The Asus Zenbook or the Dell XPS are equally as powerful as any Mac laptop, and they can sometimes be just as thin.

The best part of buying an ultrasbook, no matter the brand, is the freedom it gives you to work on basically any project.

The worst of buying an ultrabook is the dent it will leave in your wallet. A typical ultrabook will cost from $800 to $1100.

It is very advisable to discuss with your dealer whether or not you could buy a warranty that could be used in the country you are about to visit.

Gaming laptops aren’t just for what their name might suggest. These ultra powerful “rigs”, as they are called, combine the most powerful miniaturized processors around with the added muscle of powerful graphics cards.

Most laptops forgo using powerful components as they eats up battery power, but gaming laptops typically aren’t meant to be used outside of the home.

The Asus Republic of Gamers series or the Lenovo IdeaPad are your best bets when it comes to buying a laptop that will let you keep playing your games while you’re away from home.

Much like the ultrabooks, it’s very advisable to get a warranty that will work in your country of choice. As most of these laptops also do not come with disc drives it might be prudent to invest in a portable disc reader.

Gaming laptops can range from $1,000 to $2,000 depending on your needs, but lower tier laptops can still play games, but perhaps not as well.

When you’re on the go, a laptop can be an amazing companion to have, but finding the right one can be a tough choice.

You really have to think about what you need it for, the essentials, and make your choice based on that.