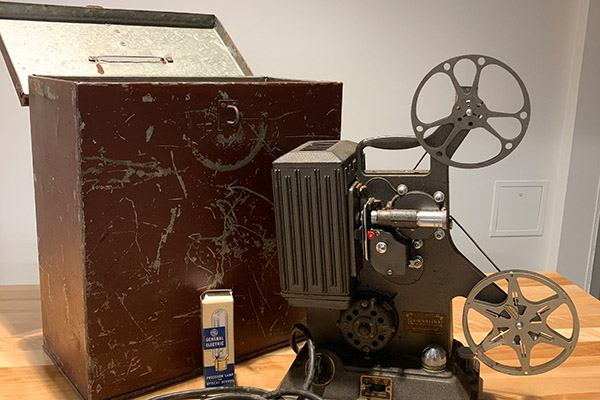 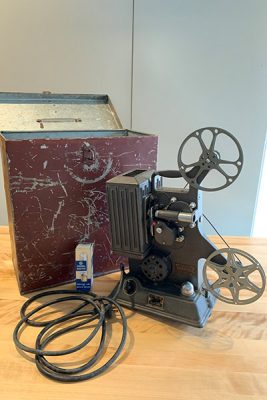 BURNABY — This item is a Keystone 8mm film projector, model R-8, with serial number 491996, dating circa the 1930s. The projector comes in a brown-painted aluminum carrying case.

Inside the case is a spare projector bulb and two empty film reels, one of which is warped and attached to the projector. The bottom of the case is lined with newspaper, likely for padding. The newspaper is the Vancouver Sun, dated March 5, 1954.

If you have any information about the projector or stories to share, please contact Lisa Uyeda at luyeda@nikkeiplace.org.