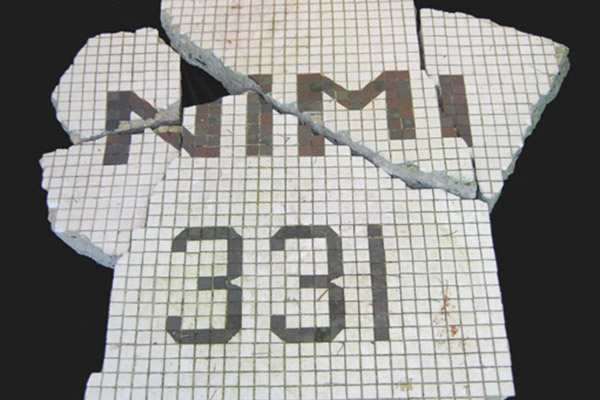 BURNABY — These large and heavy items are storefront tiles from the Nimi Shoten, once located at 331 Powell St. in Vancouver.

The store was a prewar drugstore, opened in 1918 and ran by several generations of the Nimi family. During the forced removal and dispossession of Japanese Canadians along the West Coast, the Nimi family, unfortunately, lost their successful business. 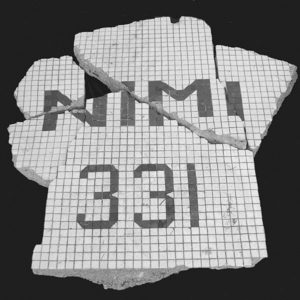 In an oral history interview with Bob Nimi, conducted by Linda Kawamoto Reid in 2011 (NNM 1997.197.2.1.a-b), Bob discussed his childhood, attending the Japanese Language School and the store. He shared detailed stories about the family-owned shop, such as the vast scale of products including, Japanese medicine, music records, and Kodak cameras.

During street renovations in 2010, Bob Nimi rescued the tiles from the construction site and saved them from destruction. Bob and Jane Nimi later donated the tiles to be preserved at the Nikkei National Museum & Cultural Centre. Explore more from the Nimi Family Collection at centre.nikkeimusuem.org.

THIS ARTICLE WAS REPRINTED FROM NIKKEI VOICE’S FEBRUARY 2021 ISSUE.