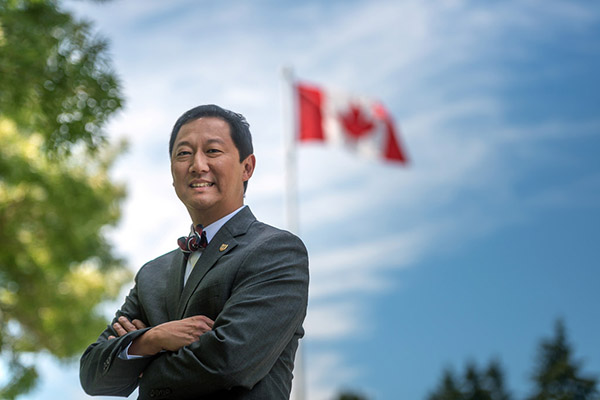 Santaro J. Ono will stepping into the role as UBC’s president and replacing Dr. Arvind Gupta who resigned from the university last summer. Photo courtesy: UBC/Flickr

Ono is first person of Japanese descent to hold the role and, according to a profile on the university’s website, the posting is a welcome homecoming for the Vancouver-born researcher and administrator.

“One of the primary reasons I was keen to return to Canada and to lead UBC is to enjoy the diversity of the population, in every sense of the word,” Ono said in the profile.

“UBC‘s faculty and students are globally connected, and at the same time, the university is acknowledging its past and forging new relationships with First Nations. I can’t wait to be part of that,” he said.

Ono’s family emigrated from post-war Japan to the United States through an invitation sent to his father Takashi Ono from physicist Robert Oppenheimer at the Institute for Advanced Studies in Princeton, New Jersey. In order to renew their landed status, Ono’s father left briefly with his family for Canada and took up a position as a math professor at the UBC in the early 1960s.

Ono was born during that time at St. Paul Hospital in Vancouver in 1962. Soon after, his family would leave for Baltimore, Maryland where he would attend school and eventually earn his BA in Biological Sciences at the University of Chicago. He went on to receive his PhD in experimental medicine From McGill and became postdoctoral fellow at Harvard, according to Ubyssey.

Ono’s work as Harvard’s head of Inflammation, Immunity, and Transplantation Focus Group at the Schepens Eye Research Institute revolved around gene regulation in the immune system, but he’s also held a career in administration. At Emory University in Atlanta, Georgia he oversaw student enrolment activities and at the University of Cincinnati he oversaw budget, personnel, and planning.

According to local Ohio news website Cincinnati, Ono took a 30 per cent pay cut for the new position at UBC and the UC Board of Trustees fought hard to keep him at their institution, which had taken more than just a shine to the administrator.

For two years, he didn’t’ accept a salary increase in exchange for a freeze of undergraduate tuition fees. He also toured around the United States promoting the university and helped developed the creation of the hashtag #HottestCollgeInAmerica, earning him the adoration of UC student body.

Thanks for giving me the opportunity to serve the Univ. of Cincinnati as your 28th President. I will miss you. https://t.co/TQ99ru1ULa

Ono hopes to bring the same passion to his new role at UBC. “I see my job as working on behalf of the entire UBC community. I am working to serve you, and not vice-versa,” he said at his acceptance speech. 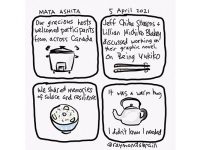 Mata Ashita wraps up a successful first season
May 25, 2021