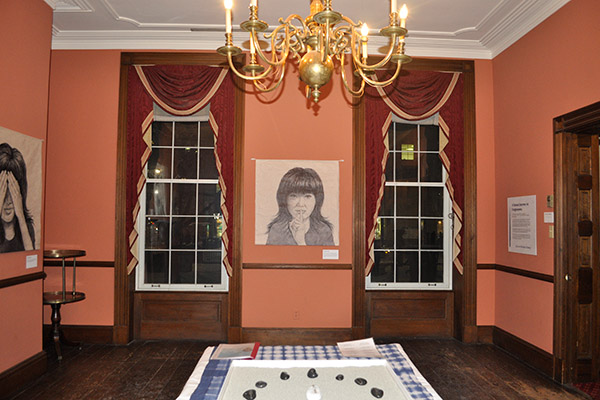 TORONTO — Surrounded by the bustling traffic of downtown Toronto, between the city’s justice precinct on University Avenue with the courthouses and Law Society and the eclectic shops of Queen Street West is the Campbell House Museum.

Built in 1822, it is the oldest surviving building from the Town of York. The house has a storied past and colourful history in Toronto, which includes being the home of a newlywed Japanese Canadian couple shortly after the Second World War.

The Campbell House Museum explores how Japanese Canadian families rebuilt their lives in Toronto after internment and mass evacuation in B.C. during the Second World War in its new exhibition, Redefining Home: A story of Japanese Canadian resettlement in Toronto.

The exhibition explores this theme through the lens of one young Japanese Canadian couple, Harold and Hana Kawasoe who lived in the attic of the house for three years. The exhibition was curated by Meghan Drascic-Gaudio, Hailey Graham and Madeleine Howard, who are Masters of Museum Studies students at the University of Toronto. In lieu of writing a thesis, the students had an opportunity to create their own exhibition. The museum’s curators, Liz Driver and Antonia Krajina, found a document from 1991 that mentioned the Kawasoes living in the attic, and presented the idea to the students.

“All we had was a name, so it was really exciting discovering more about this,” explains Drascic-Gaudio.

“We had this missing piece, this absent history that [the museum] knew something about, but they didn’t have the details, so they pitched it to us, and that’s kind of how it all started,” adds Graham. 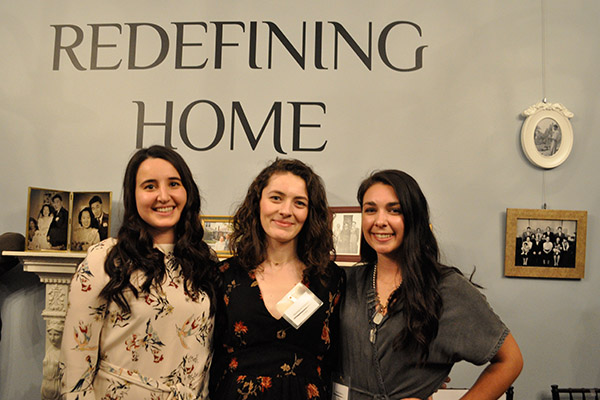 Harold and Hana Kawasoe moved into the attic of the Campbell House shortly after they married in February of 1948. They lived in the historic house until 1951 when they moved to the home where they would raise their family in East York, explains their son, Don Kawasoe. 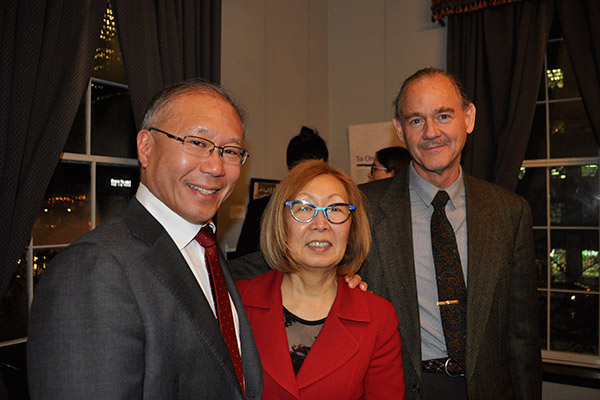 While both Don and his sister Arlene knew their parents had lived in the Campbell House, they did not know too many details, only small anecdotes of when they lived there. When the students reached out about the exhibition, it was an exciting opportunity to learn more, says Arlene.

“Because they were in the attic, it was really hot, so in the summertime they would often go to the movies and into a nice air-conditioned theatre,” shares Arlene.

When the Kawasoes lived in Campbell House, the building was owned by Clare F. Woods. His company, Hobbs Glass, and their offices occupied the main parts of the house. Harold met Woods in the fall of 1942 in Essex County. Woods hired Harold and his brother Mits as gardeners for his London estate, Woodeden and in 1945, worked at his home in Toronto’s Rosedale neighbourhood. Eventually Harold would work for another of Woods’ companies, Crystaplex, as a sales associate. The Woods and Kawasoes remained friends over the years, and helped each other when they could.

“They had a business relationship, but they certainly were very close, and whenever C.F. Woods wanted some gardening work done, or something like that, he would call my dad, and he would always respond, and always be there to help,” says Don.

Woods disapproved of the Canadian governments treatment of Japanese Canadians during and after the Second World War. During the war, he hired 50 to 100 Japanese Canadians to work at his company Federal Aircraft Ltd. in Montreal. The museum learned more about the Kawasoes’ history in the house, when C.F. Woods’ son, David Woods visited the museum and shared his story. He shared memories of his childhood, following Harold around and playing with him when Harold was a gardener at Woodeden, thinking of him as a big brother.

“The two families have had this immensely long, at times closer, at times more distant relationship, but the proof that came out of it is perhaps a lesson of what can be the best in Canada, that when this is amalgamated together, this is the result,” David said during the opening night of the exhibition. 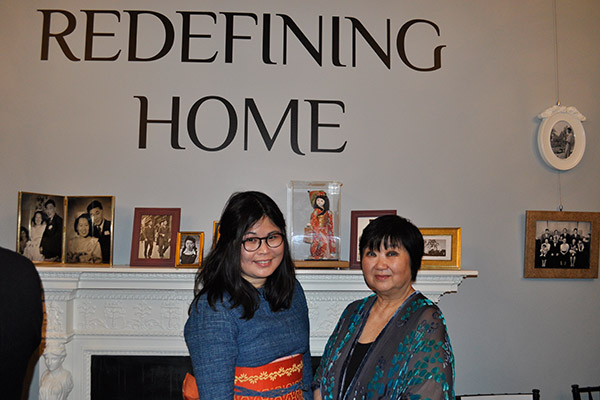 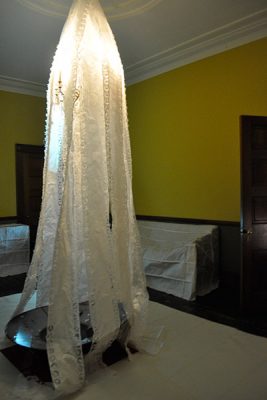 Complementing the exhibition, on the first floor of the museum are art installations by Japanese Canadian artists Lillian Michiko Blakey and Laura Shintani. Both artists chose or created artwork that they felt reflected the contents of the exhibition.

On the opening night of Redefining Home, the windows were steamed up, as the Campbell House Museum was filled to capacity. There was a joyful atmosphere in the house, as visitors learned the hidden history of the friendship between two Canadian families in one of the Toronto’s historical treasures.

“There are stories everywhere you look, you can find the most incredible things in the most unlikely of places,” says co-curator Howard. “Who would ever guess that someone was living in the attic of the Campbell House, that’s not really something that you would think of. I think to find those stories, people have to kind of look for them and it makes it more special.”

Redefining Home: A story of Japanese Canadian resettlement in Toronto runs from March 1 to April 1, 2019 at the Campbell House Museum on Queen Street West and University Avenue in Toronto. For more information visit: campbellhousemuseum.ca

Poet Michael Prior embarks on an exploration of intergenerational memory
August 19, 2021