What we think of Tim Hortons, Japan’s take on a Canadian staple 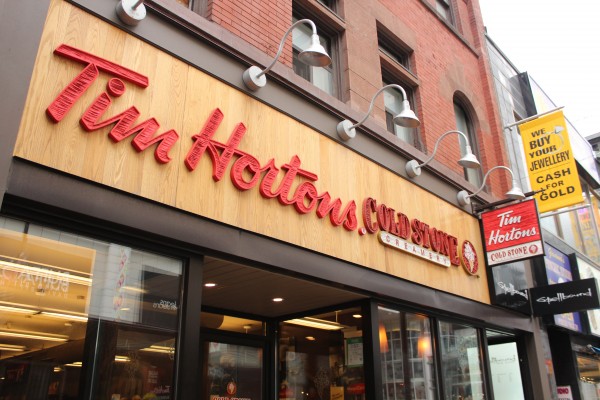 What is the first image that pops into your mind when you think “Canada”?

Most people might think of Maple Syrup or Niagara Falls, but others who have been to Canada might first think of Tim Hortons, one of the country’s most well-known coffee shops.

Tim Hortons was established by Tim Horton, a hockey player who played for the Maple Leafs in the 1950s. In 1964, Horton opened his first Tim Hortons Doughnut Shop in Hamilton, Ontario and years later the small chain has grown into one of Canada’s largest fast-food restaurants. From one doughnut shop, there are now over 3,600 locations in Canada and the United States. 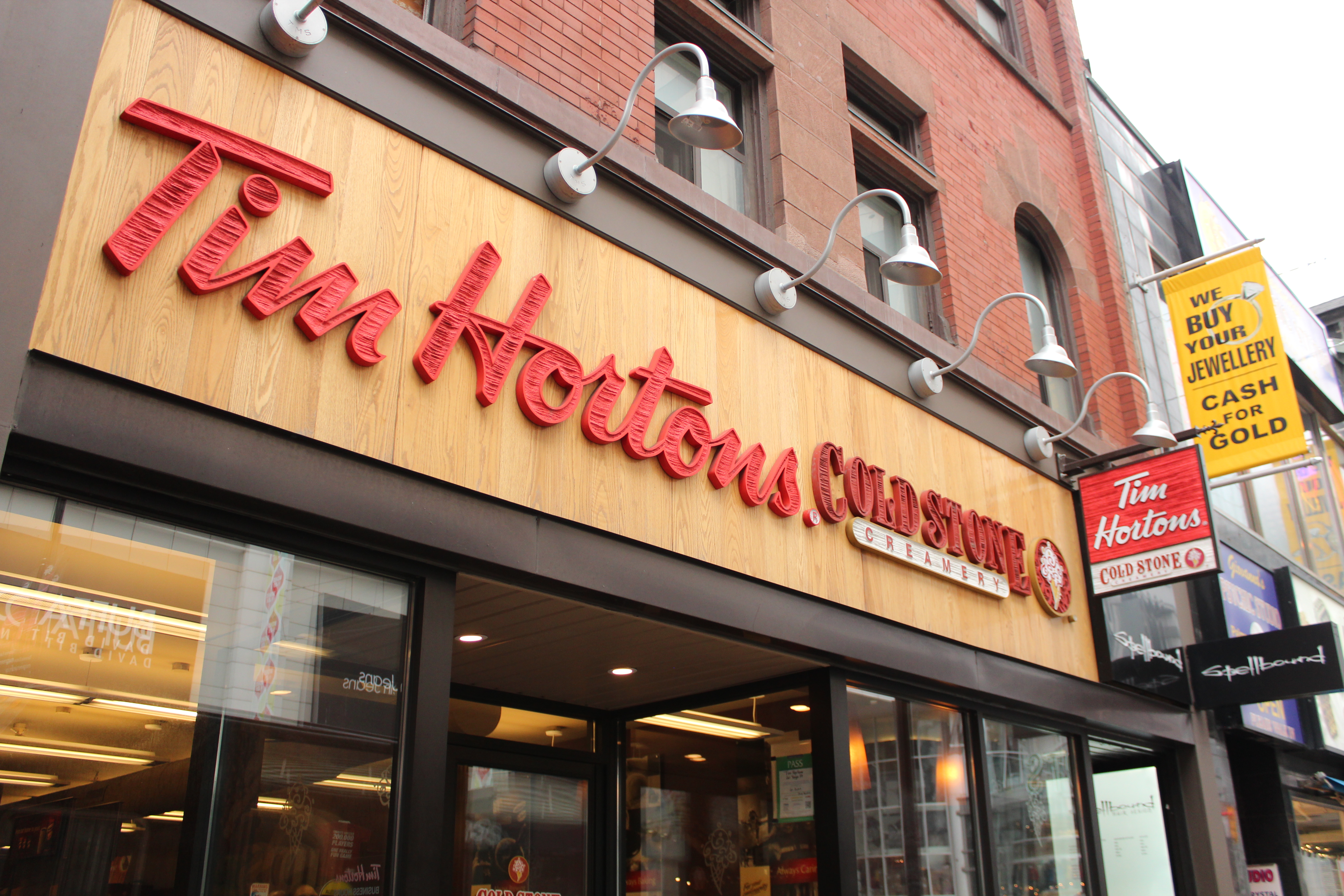 Tim Hortons also has a number of campaigns targeted towards new Canadians.

The question that lingers here is, does drinking Tim Hortons make you feel more Canadian? These commercials suggest that by eating at the restaurant or enjoying a game of hockey you will integrate better into Canadian society. So what do we think of Tim Hortons?

We go to Tim Hortons mainly on lunch breaks or to take a rest like most Canadians. The reason why it’s the best place to go is the price as it is the less expensive compared to any other coffee shop in Toronto. We can find Tim Hortons easily as there are lots of chains around and there are many promotions that give us a reason to buy more and more from Tim Hortons. 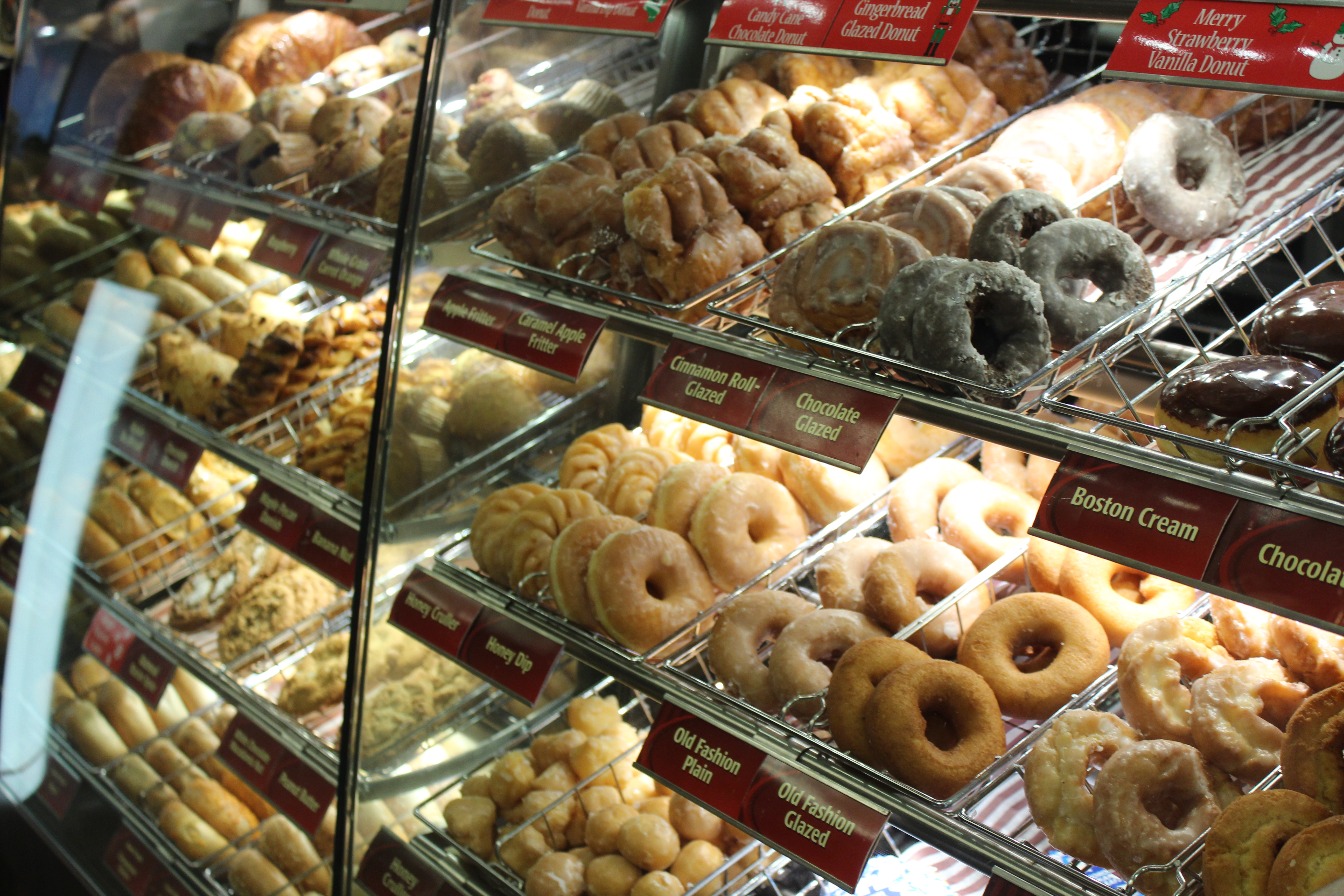 Let us explain by looking at a few examples.

In Japan, we sometimes see some products with a kind of lottery included with each purchase. Prizes can be as small as a free voucher to a 100 yen discount voucher, yet it isn’t too common to see these promotions in Japan making Tim Hortons seem like a great deal.

As well, Tim Hortons launched “Chill to Win” this past summer. On the Tim Hortons’ website Dave McKay, VP of Beverage explains, “Nine out of ten frozen coffee drinks sold in Canada are served at Tim Hortons. Canadians are choosing Iced Capp over any other option in the marketplace, so we wanted to do something to celebrate summer and reward our loyal guests.”

Customers who purchase of any Iced Capp at Tim Hortons get a PIN code. When they visit their special website and enter a PIN code, they may win prizes. Prizes include digital cameras, beach kits, $1,000 ~ $10,000 prepaid cards. 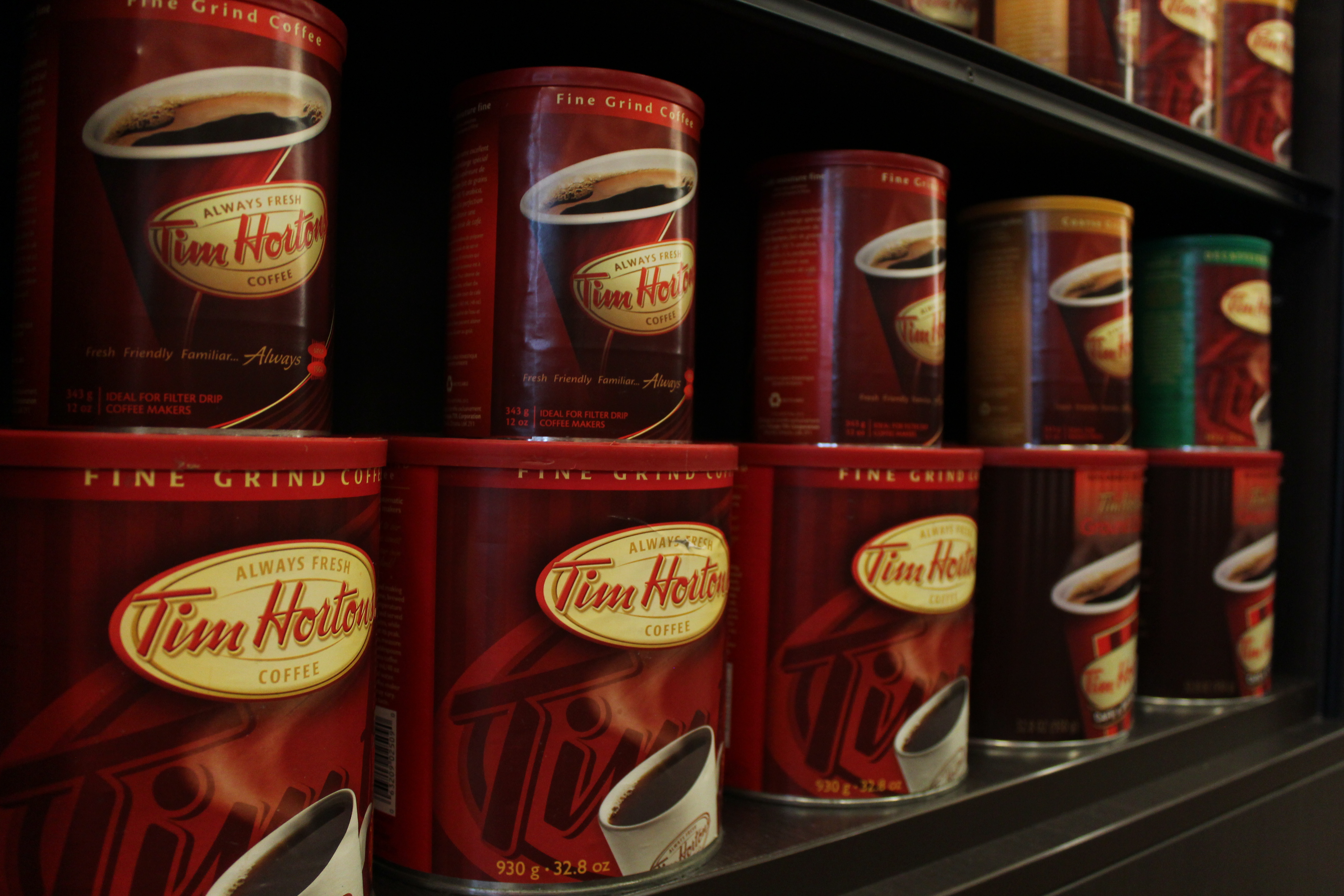 There is a similar marketing campaign at convenience stores in Japan. Customers who purchase product for a campaign can get points. When the points reach certain number, customers can get prizes. As a result people go to convenience stores rather than other stores such as bakeries, pastry shops, and supermarkets.

In Japan, convenience stores often collaborate with local food, animation studios, and so on. These collaboration create relationships that create a multiplier effect for each brand. Customers are often more attracted to these collaboratively created goods. For us, we see Tim Hortons as an echo of the convenience stores we know and trust in Japan making it an attractive place to buy a quick bite to eat.

Convenience store are as necessary for Japanese as Tim Hortons is for Canadian. It is common that there are at least two convenience stores every subway stations in Tokyo, Osaka, and Kyoto. When you have no time to have a breakfast in the morning, you can drop into a store and buy whatever you want from food to magazines. As well, you can go there without worrying about time because all convenience stores are open 24 hours.

As well, we have many types of convenience stores. For instance Seven Eleven (a North American brand that’s huge in Japan) puts effort into Oden which is a Japanese kind of a pot dish. Lawson focuses on Japanese desserts, and they have a variety of desserts cake, pudding, cream puff and so on. Family Mart sells mainly fried foods. The point being is that they are all very different yet they appeal to all Japanese people.

Tim Hortons, much like the Japanese convenience stores, sell all three kinds of food that Japanese people want. They have sweet foods like doughnuts, dishes like chile and soups, and they also have savory foods like bacon, lettuce, and tomato sandwiches and various kinds of gourmet bagels.

Convenience stores are vital for Japanese and Tim Hortons is deeply supported establishment made by Canadians. Both styles of fast food have reasons why people love them.


so you know 7-11 is actually a Japanese company


Founded by Joe C. Thompson and the first stores opened up in Dallas, but in 1991 a Japanese company bought controlling shares of the company and now the organization is run from Tokyo. Pretty cool, didn’t know that until I researched a bit thanks for the comment 🙂


You can buy beer in 7/11 Tokyo and I bought three at 7 am and drank all three in public as public drinking is legal in Japan also cigs, beer and liquor can be purchased from vending machines without any I.D.