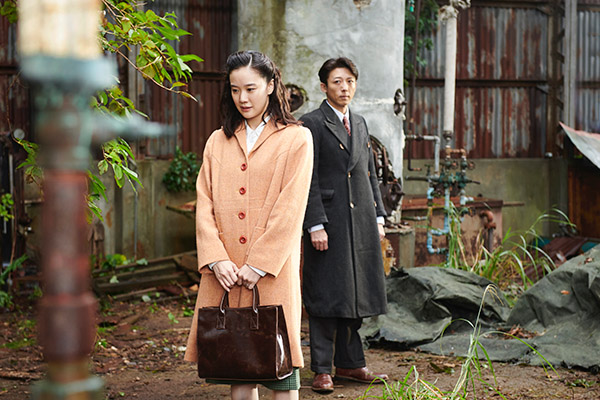 Wife of a Spy examines how war changes people; for some, it is a call to action, while others look away, and others use it as a chance to act brutally without consequence. Yu Aoi stars as Satoko and Issey Takahashi as Yusaku in director Kiyoshi Kurosawa’s film, Wife of a Spy. Photo credit: Films We Like.

Director Kiyoshi Kurosawa is best known in North American for his contributions to the Japanese horror genre. Stepping into the historical thriller genre, Kurosawa’s new film, Wife of a Spy, explores a different type of horror, the atrocities committed in war.

Kurosawa picked up a Silver Lion for Best Director at the 2020 Venice Film Festival for the film. Wife of a Spy is currently running at select theatres across Canada, including the Scotiabank Theatre in Toronto beginning on Oct. 22.

Set in Kobe, Japan, in the 1940s, on the eve of the outbreak of the Second World War, a young wife begins to suspect her husband’s Western business connections are hiding something nefarious. When the truth is revealed, her life is forever changed.

“Set in Japan’s war-torn rural countryside, this film depicts a couple’s struggle to overcome distrust and stay faithful to their love. This is my first period film. With a timeline of fixed historical events, I pondered how conflicted people must have felt when they thought of the future,” says Kurosawa.

Actress Yu Aoi steals every scene she is in, portraying Satoko as a young and naive housewife who has lived a charmed life with her husband, Yusaku (Issey Takahashi), a wealthy merchant who runs an import/export business. Satoko lives in a beautiful Western-style home with loyal house staff, wears trendy European clothes, and stars in amateur auteur films produced by her husband.

Despite the growing restrictions on Japanese citizens as the country enters the war, Yusaku insists on taking a business trip to Manchuria. Yusaku’s trip unexpectedly gets extended, and he returns with a mysterious woman who he helps get a job at a nearby guesthouse. 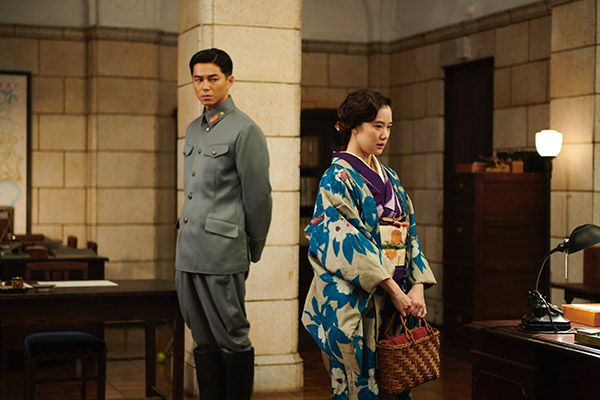 When the woman turns up dead, Satoko’s childhood friend, Taiji, plants seeds of doubt in her mind about Yusaku’s intentions. Taiji (Masahiro Higashide), handsome and harbouring a life-long crush on Satoko, is now a military policeman with a strong sense of nationalism as Japan is on the cusp of entering the war.

The cracks of distrust begin to grow between husband and wife, as Satoko questions the life she has lived, the man she has married, and what she believes.

“My film’s protagonists are often married couples. This film is no different. Marriage is a unique phenomenon through which men and women of different backgrounds and statuses join together as one, pledging to share the same life and fate,” says Kurosawa. “Though husband and wife are equal, each has a side that the other doesn’t know about, which often stays hidden behind a facade of mutual trust. However, a slight turn of events may cause that unknown side to surface. Before you know it, suspicion and doubt start to rear their ugly heads even during quiet family dinners. I can’t find better material for a film than this.”

Yusaku senses Japan is heading in an unsettling direction and reveals to Satoko what he saw in Manchuria. He visited the Kwantung Army’s research lab and saw firsthand that the Japanese army secretly experimented on human captives. Now he is determined to bring to light the atrocities of Japan at war, despite the consequences. 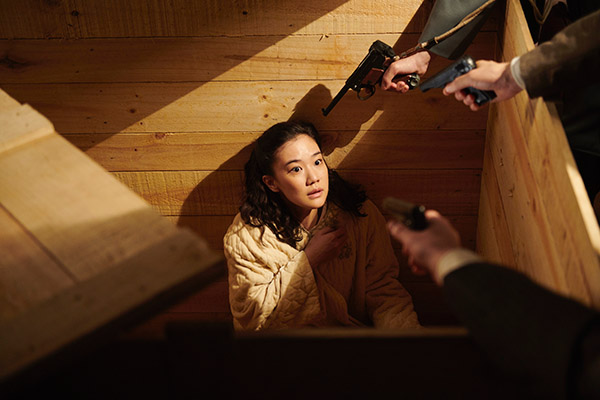 Satoko finds herself torn between her loyalty to her husband and their country and justice or happiness. Wife of a Spy examines how war changes people; for some, it is a call to action, while others look away, and others use it as a chance to act brutally without consequence.

When characters push the bounds of morality, director Kurosawa’s ability for suspense and horror comes out in a whole different light.

“This film is not about the war. It serves as the backdrop for this story and acknowledges the acts of ruthless violence Japan has committed on foreign soil,” says Kurosawa. “The two protagonists battle with their emotions as they cry over this revelation, which leads them to make a life-changing decision.”

Wife of a Spy is now playing at select theatres across Canada. For more information and to find showtimes, visit www.filmswelike.com/showtimes.