Yamato: The drummers of Japan are coming to Ontario (from February 25th to March 3rd) 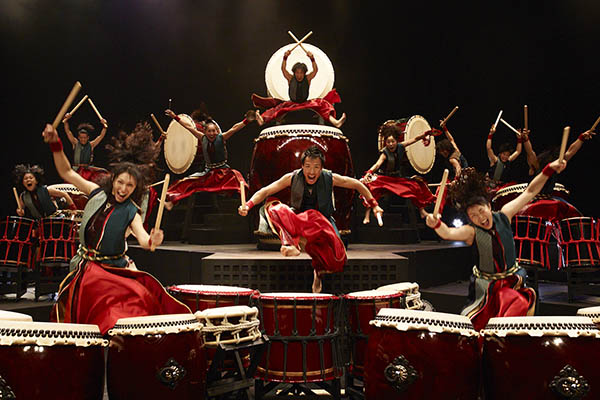 From late of January, Yamato, a taiko group made up of 17 of performers has performed Bakuon (an extraordinary roar) – Legend of the Heartbeat across North America and now the group is coming to Ontario.

It’s often said that the sound of Taiko, traditional Japanese drums, is similar to a heartbeat and this plays a central role in the group’s latest performance.

“The heartbeat continues as long as life lasts, therefore its sound is the most energetic roar in this world,” Masaaki Ogawa, a representative of the band, told Nikkei Voice in an interview.

“The story of human life began with a heartbeat,” Ogawa said. “What we would like to achieve with this nation‐wide tour is to express a solid human story using Taiko.”

Yamato was founded in Japan’s Nara Prefecture in 1993 and they debuted worldwide was at the 1998 Edinburgh Festival Fringe. Since then, they have performed over 2,500 times in over 51 countries and regions, so far according to their website.

Taiko has evolved over the years and involved a broad range of percussion instruments, and Yamato hopes to preserve the old traditions while exploring new ways to use these instruments.

“Everyone is welcome to attend,” Ogawa said. “This is just right for people who want to feel invigorated.”

Ticket are available in advance through their online site.