YouTube Stars: How Nikkei and Hapa have found a new ways to tell their stories on YouTube 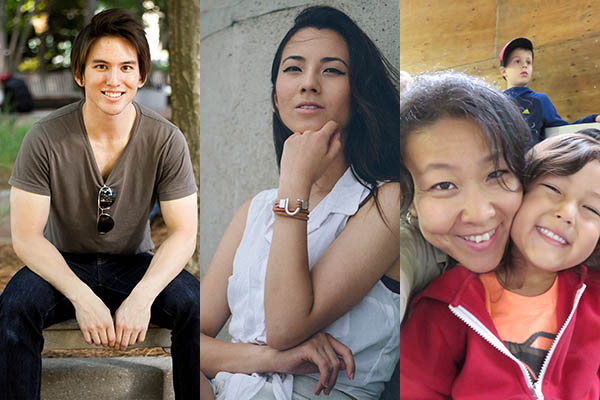 YouTube stars Max Capo, Shizuka Anderson, and Reina D.T. share their experiences as Nikkei and Hapa with their online audiences.

The world of YouTube is a deep and seemingly never ending place filled with all kinds of people.

Every day millions of users post videos of themselves doing everything from singing and dancing to talking about serious issues in “video logs”. The video producers who find large audiences are also known as YouTube Stars and can have great influence on their watchers.

Within this world there is also a small contingent of Nikkei stars like Japanese American Max Capo and Japanese Canadian Shizuka Anderson who host a show called Hapa Hour on Max’s YouTube channel.

The two met while studying at Sophia University in Japan. Anderson had never lived in Japan before and he grandparents suggested it, while Capo had been to Japan for 5 months during high school and decided he wanted to go back and do a study aboard program.

The idea behind the channel began simply. Capo wanted to make a channel where you can learn about the Hapa experience from someone who has been living it for all his life.

“I have 24 years of experience on being half Japanese,” Capo told Nikkei Voice in an interview.

Capo began his YouTube channel right before he left for Japan in order to study, but he had some ideas on how he wanted to produce videos that would capture watchers.

Capo started his first channel that he called “Konnichiwatsup”, but it didn’t go exactly how he envisioned. Being the one with the most camera and editing skills, he ended up being behind the camera when his dream was to be in front of it.

Although his first attempt wasn’t a great success, a chance encounter helped him start his current channel. 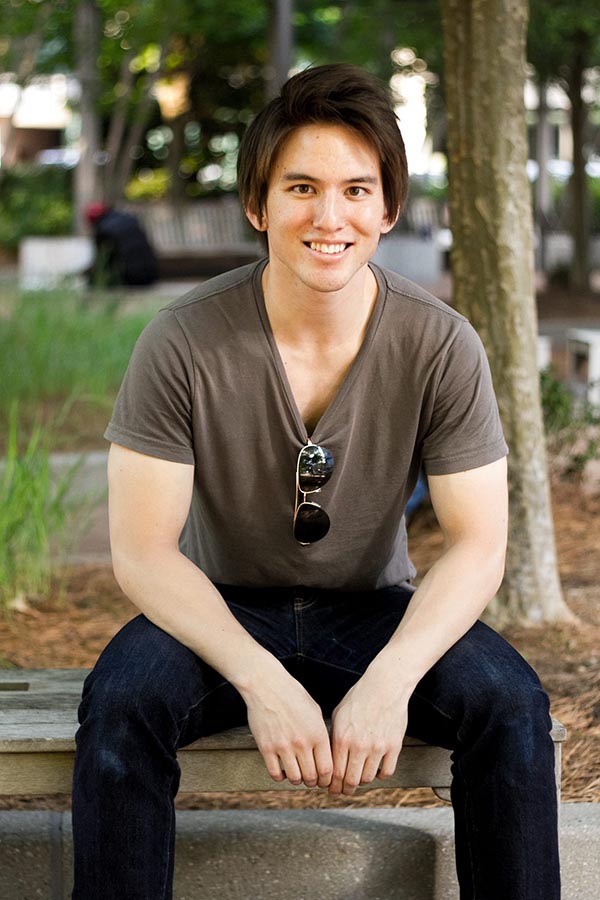 Max Capo didn’t like being behind the camera, he wanted to be in front of it. Photo courtesy: Max Capo

“I met a YouTuber in Japan his name is Megwin, I started teaching him English and he basically invited me to his home so he could have an in-house English teacher,” Capo said. “He told me about a YouTube space in Tokyo where you film and meet other YouTubers.”

After learning about the YouTube space in Tokyo, Anderson and Capo managed to make their first big hit which was a parody of the song Let It Go that was featured in Disney’s Frozen.

Through their channel, Capo and Anderson were able to enhance their views about the Hapa community while abroad. Capo said that growing up in North America he didn’t really think about all the other different types of Hapa out there. 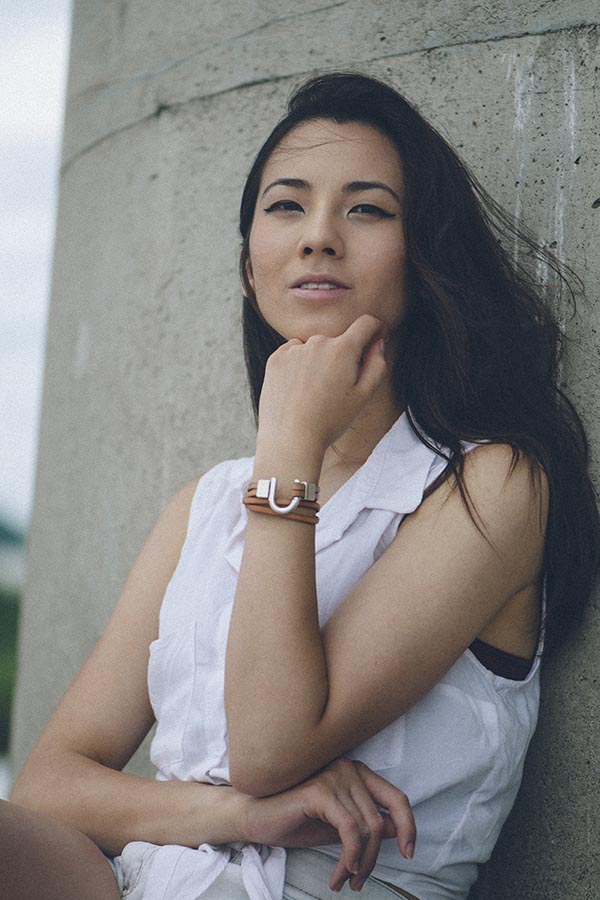 Anderson is a singer, actress and currently one of the hosts on a Japanese TV show called Tokyo Extra. Photo courtesy: Shizuka Anderson

“It feels like we can relate to anyone who’s Japanese but not from Japan,” Capo said.

This YouTube channel has given them the chance to reach out internationally with their stories and connect to these people over social media, but while YouTube is a lot of fun it doesn’t always pay the bills.

Capo and Anderson also have jobs outside of YouTube. Capo is currently a client coordinator for a Japanese company that has him travelling back and forth between Japan and America.

Although they have busy lives outside of YouTube they still try to make time for their fans. This fall the two had a hang out with their fans on YouTube in Yoyogi Park.

“Something that we started is actually having a meaning or purpose in other people’s lives, that makes me want to keep going,” Capo said.

Anderson said she wants to start her own channel.

“Something that I could do on my own as well would be nice,” she said. Capo would like to try new things in the future now that he had a steady fan base like showing different parts of Tokyo. “I just want to make video that people will enjoy.”

Another YouTube Star is Reina D.T., a Japanese Canadian who makes videos with her son, Tony, but her story started a little bit differently.

Before she started posting stories on YouTube she did “hang outs” on NicoNico Live, which is a Japanese live streaming service similar to YouTube. Users go onto the website and using their web camera they are able to broadcast themselves over the Internet.

Maintaining her channel was a lot of hard work, but switching over to YouTube wasn’t something that she thought of herself.

“There was a person from Quebec who said it might be a good idea for me to use YouTube,” D.T. said in an interview. There she found herself an audience of Canadians interested in her experiences. 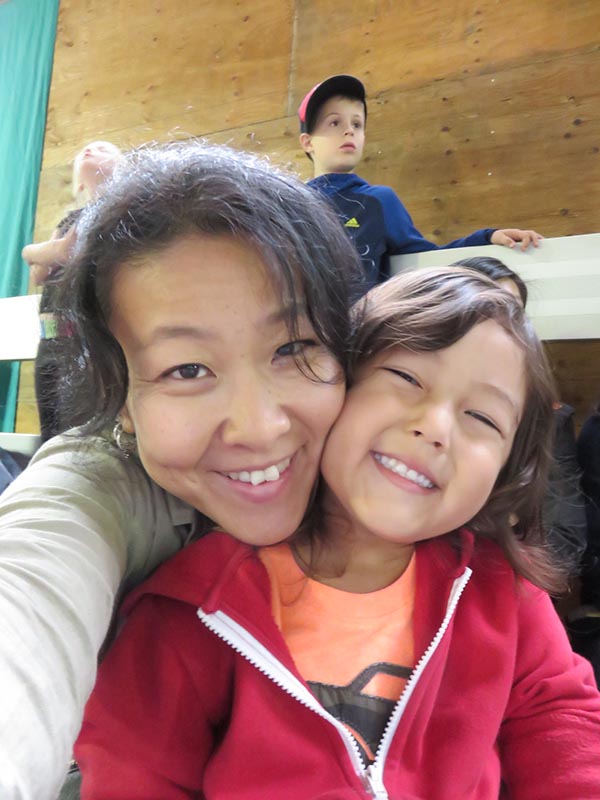 D.T.’s channel allows her viewers to get a glimpse into her life in Canada as well she teaches English to Japanese speakers through her videos.

With her son as a main part of her channel she knows how subscribers feel.

“A lot of subscribers feel like they are Tony’s uncle or aunt,” she said.

With such an investment in her family, she knows it is important to interact with viewers.  It might be time consuming but she does her best. “I also reply as long as there’s reply button,” D.T said.

“YouTube is just a secondary though. I’m raising Tony. I’m a full-time mom,” she said, “After Tony goes to sleep my work [teaching English] starts at midnight, then after that I start editing videos.”

D.T. also has plans to give her channel a few renovations. “Next year Tony will be going to kindergarten so I will have lots of free time,” D.T. said.

D.T. would also like to go back to her live show roots. “I was doing live shows pretty much twice a week when I started it. I would like to bring that back again so I can get to know the audience,” she said. “It’s time consuming, but it’s fun too.”

Although all three of these YouTube Stars are from different backgrounds they all have one thing in common in that they went to university abroad instead of staying in their home country.

Anderson had never lived in Japan before her grandparents suggested it, while Capo had been to Japan for 5 months during high school, but both decided they wanted to get closer to their ancestral home.

D.T.’s story is similar being originally from Japan and deciding she wanted more of an adventure going to University.

So if you’re thinking of starting your own channel one day, here’s some words of advice from the YouTubers:

“Think about the channel’s name seriously,” D.T said. She chose the name because she learned the word comical was the correct adjective of comedic. Although now she says because she has such a strong following she can’t change it.

Capo’s advice for aspiring YouTubers is “You just got to get up and do it,” he said.

Anderson says you need to believe in yourself by, “Having the confidence to do what you want to do. You’re never gonna know what you can do until you try,” she said. 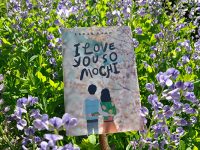 
[…] has also become a champion for hapa or mixed race communities around the world, and the growing community in Japan. Osaka, whose mother […]