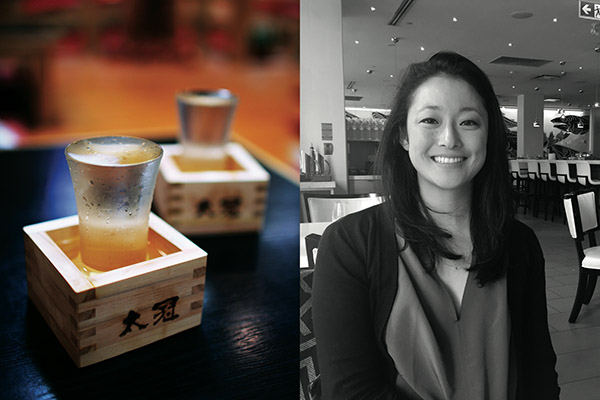 TORONTO — Sake instructor and sommelier Mariko Tajiri has been introducing Canadians to the exciting and evolving world of Japan’s national drink for 13 years. This June, Tajiri will be teaching a series of online introductory seminars on sake with the Japanese Canadian Cultural Centre’s Online Sake School.

The three 90-minute seminars introduce participants to the basics of sake, such as how to navigate and understand different gradings and categories, how to serve and pair as well as the regionality and origins of the drink.

“I think most people get lost looking at lists or menus at the LCBO or wherever they buy sake from,” Tajiri tells Nikkei Voice in an interview.

“If you know some of these concepts and terms you can navigate a label or list or at least try to figure out what you like and what you don’t.” 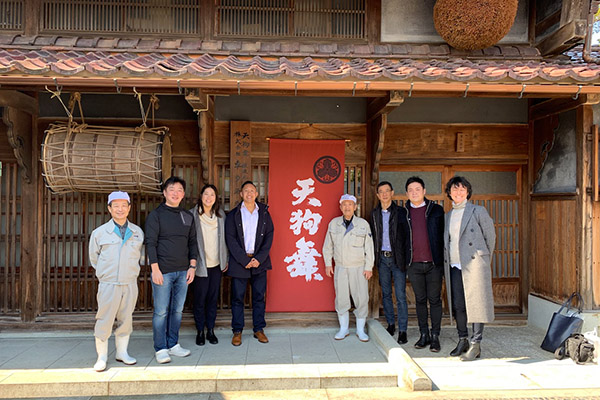 Tajiri is the national brand manager for That’s Life Gourmet, a boutique wine and sake agency based in Vancouver and Toronto.

In 2016, Tajiri became a WSET (Wine and Spirits Education Trust) certified educator. She has been talking, teaching and guiding people through the world of sake through courses and seminars in B.C., Alberta and Ontario.

Tajiri’s path to becoming a sommelier started from working at Starbucks, learning about coffee regionality and why that affects taste, as well as pairing coffee with different flavours. She also worked for Mission Hill, a winery in B.C., which led her to That’s Life in Vancouver. 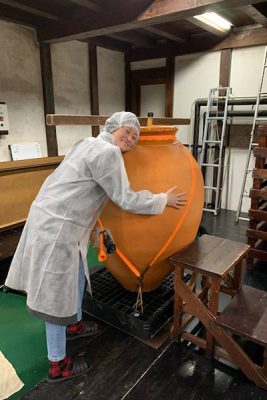 Born in Hokodate, Japan, but growing up in Vancouver, sake was less accessible, and Tajiri only had it for special occasions, like New Year’s Day or for cooking Japanese food. Tajiri’s earliest memories of sake would be during her summer visits to her grandfather in Japan.

“He would give me $10 and make me go buy these huge 1.8L bottles of sake and bring it back. And it was probably pretty awful sake, he used to drink it in a mug,” says Tajiri.

The sake Tajiri works with today is much different from the sake her grandfather would drink, she says.

Over the past decade, the world of sake has expanded, grown and evolved. From a combination of technology, knowledge and experience, producers are creating new, rich, flavourful and experimental sake, she says.

“Before you had to follow your grandfather and great grandfather’s methods and ways,” says Tajiri.

“Whereas now, some of these people were going to go out of business 20 years ago, and so their sons—and daughters—but usually sons in their 40s, came back and said in order to survive, we’ve got to be different.”

Sake-making can now be studied in school and technology like temperature-controlled tanks are becoming more affordable, says Tajiri.

She has visited around 30 breweries in Japan, some with histories that go back to the 1600s, over 200 years older than Canada. She is seeing how those breweries are combining hundreds of years of tradition with science and technology.

As well, Japanese food has evolved and grown in Japan. From tonkotsu to curry, different cultures have influenced Japanese cooking, explains Tajiri.

“Japanese food, people think has stayed the same, but we all know it’s very different. Some of the best French restaurants are in Japan,” says Tajiri.

“The food has changed, and so the sake has needed to change as well.”

That influence has been reciprocal, an increase in tourism to Japan over the last decade has boosted interest in Japanese culture, food and drink, like sake in North America, says Tajiri. 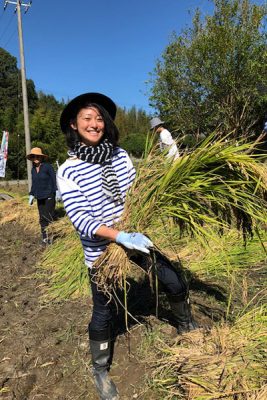 Restaurants in Canada are integrating Japanese flavours into their cooking. Tajiri received a message from a wine sommelier working on a tasting menu at a French restaurant that was incorporating Japanese ingredients like dashi. Difficult to pair with wine, the sommelier was looking for a sake to pair instead.

Sommeliers around the world are now being taught to use sake in pairings. WSET, which is the global organization for courses and examinations on wine and spirits now has a sake curriculum, which Tajiri teaches six times a year.

Tajiri’s sake classes with the JCCC teach the basics of sake. She hopes the seminars will teach people to not be afraid of trying sake. For others, especially those already familiar with sake, Tajiri will try to expand and widen their scope of how it can be enjoyed.

Tajiri tries to do this by using language familiar in wine and beer tastings and by pairing sake with non-Japanese flavours, like chips or meats and cheeses.

For one event with the Japanese Embassy in Ottawa, she was challenged to pair sake with Canadian classics, poutine and Beaver Tails.

“People think of drinking sake only when they go to Japanese restaurants or New Year’s with their families if they’re Japanese. It’s locked in a certain world a lot of times, so I wanted to open that up and make it much more easier, so people can drink it whenever they would’ve drank anything else,” says Tajiri.

“It’s not meant to be scary or out of reach.”