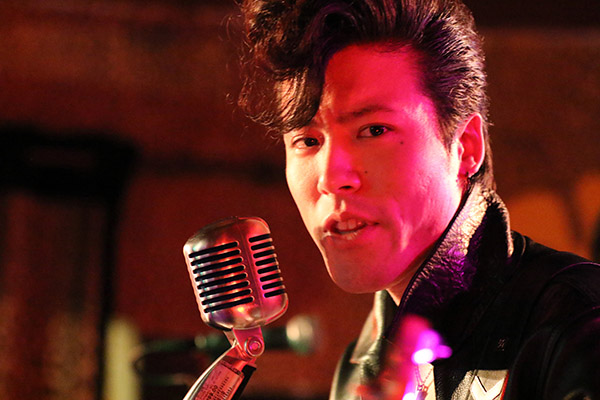 An example of this is Daigo Yamashita and his band, Johnny and the Pandora, embody the American Rockabilly culture of the 1950s, like Elvis or Johnny Cash but with a Japanese flare. The band have been working hard to spread their Japanese 50s Rockabilly craze overseas, as well as Japanese biru (beer).

With his greased back hair, leather jacket and pants, Yamashita, known by his stage name Johnny looks like he came right out of the 1950s. The band’s hit single Rock Me Baby, was featured in Sapporo Canada’s commercial campaign, Return the Favour, this past June.

Sapporo Breweries Ltd., Japan’s oldest brand of beer, has graced Canadian television for years with some of the most popular beer commercials in recent time, yet this one was a little different than the others. It features different clips of people in Japan enjoying different aspects of Western culture and so Japan has “returned the favour” by now brewing Sapporo beer around the world. The narrator closes out the commercial by saying “It’s our way of saying…” while the camera cuts to Johnny as he says “Arigato!” Sapporo Canada sponsored a three-performance tour in Canada for Johnny and the Pandora, which brought the band to a sold out performance at the Cadillac Lounge in Toronto.

Nikkei Voice spoke to Johnny before his performance, asking him how this newfound success has affected him.

“I am really happy and really grateful to Sapporo Beer,” Johnny replied, “I love the word, Arigato!”

The band emerged into the North American pop culture scene through a short documentary from Nowness digital magazine, called Johnny Jeana: Portrait of a Tokyo Rockabilly. The documentary led to the band starring in a music video for one of 2018’s most popular songs, Youngblood, by Australian band, 5 Seconds of Summer. Approaching 64 million views online, the video is set in Tokyo and tells a story of an elderly Japanese couple who take a magic pill that allows them relive their younger years in Japanese 50’s Rockabilly culture. The song reached No. 1 and recorded multi-platinum sales in Australia, New Zealand and the U.S. and single platinum in Canada. 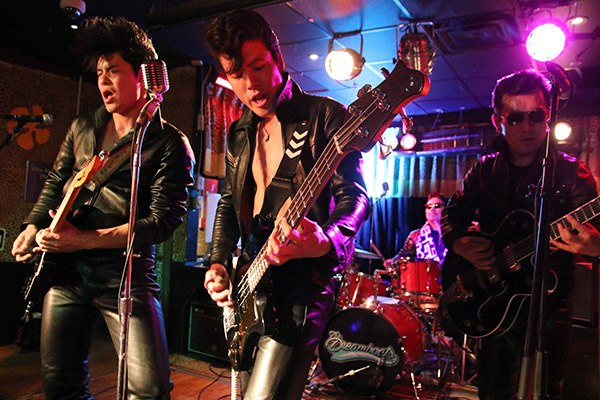 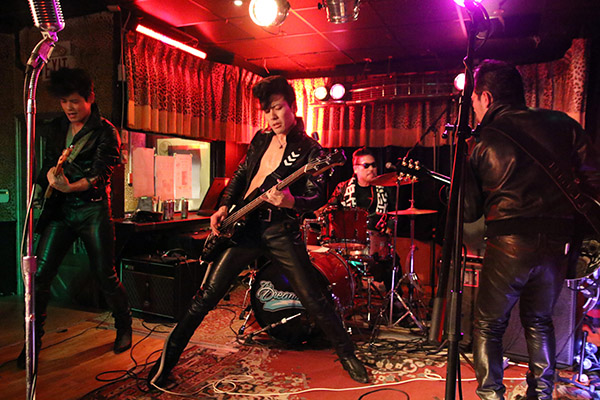 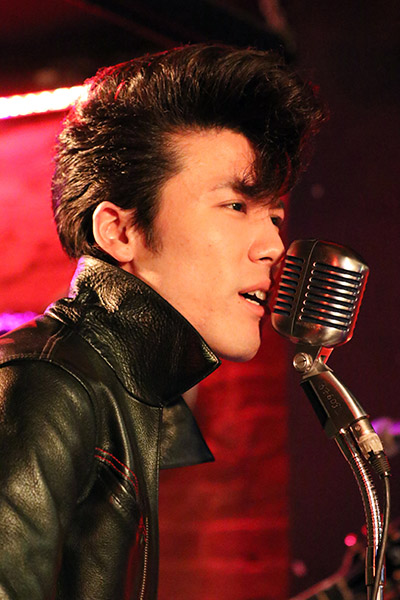 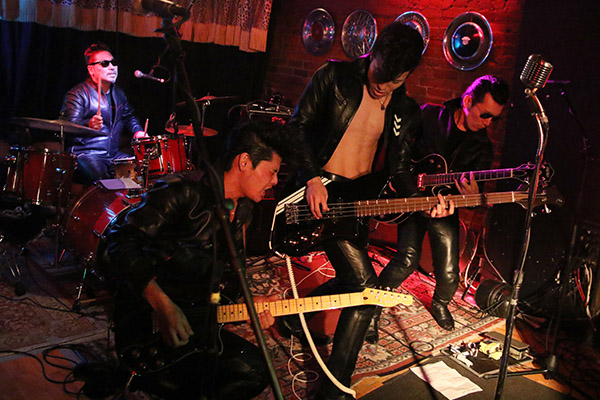 Johnny Pandora
With greased back hair, leather jacket and pants, the band looks like they came right out of the 1950s. Photo credit: Dr. Jonathan Eto. 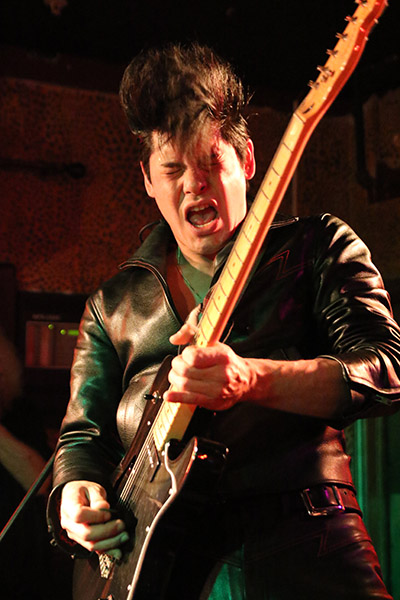 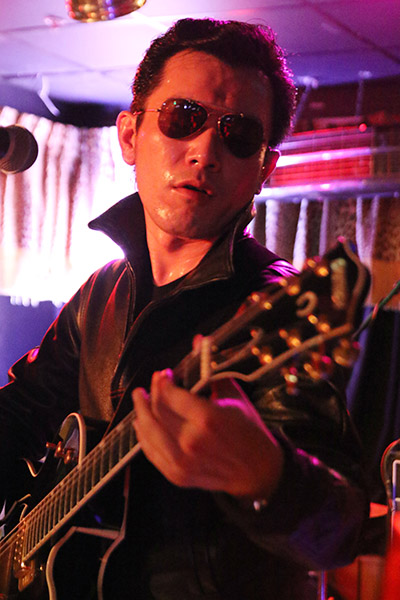 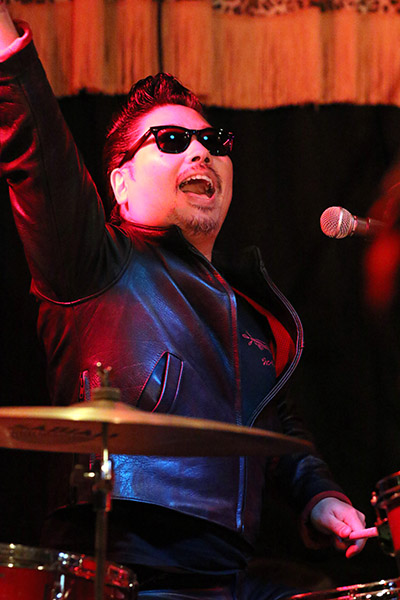 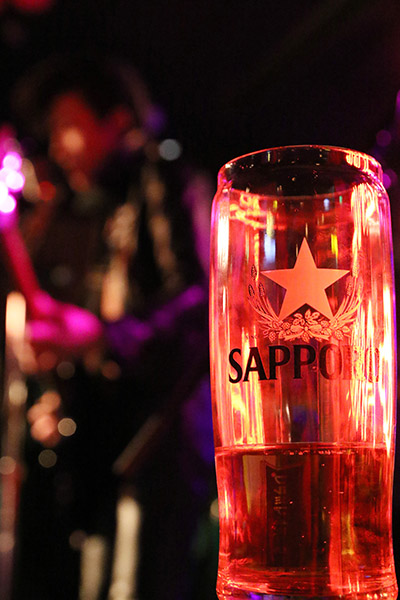 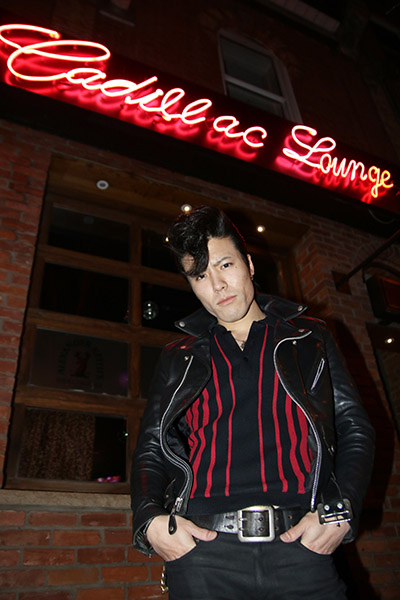 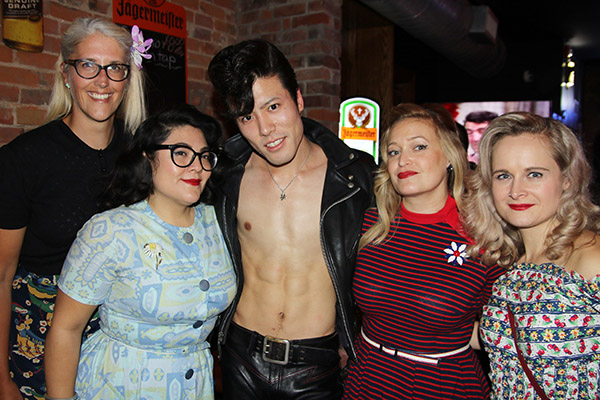 Based out of Yokohama, Johnny has been touring with his band for two years and just released their second album, Time to Be a Star in November. He draws inspiration from many local and foreign Rockabilly musicians like Hotei Tomoyasu.

“I started to learn more Rockabilly songs and rock ‘n’ roll culture,” he says. “I want to spread to overseas and all over the world, my culture, my Japanese culture. I call it ‘Samurai rock ‘n’ roll.’”

Johnny is definitely on his way to achieve this goal. With a packed house, the show was non-stop high energy with an excited crowd. Several fans dressed in 50s Americana style and were rocking out at every moment. Johnny even showed off some of his Japanese Rockabilly dance moves. It was a show to remember. To summarize in one word, the Toronto crowd would like to say, arigato.