A little taste of Okinawa arrives in Toronto 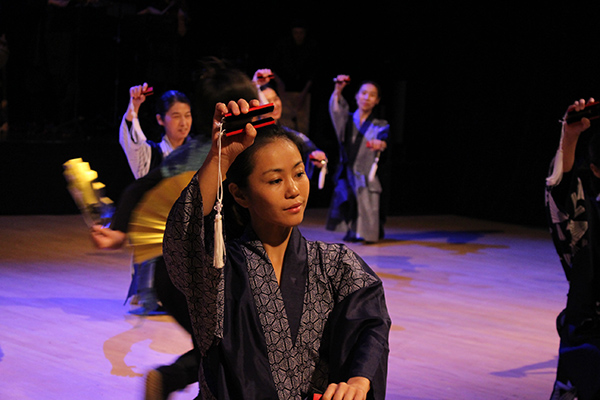 In a hall packed with eager eyes, we await the performance of the summer by Osaka’s own Karakoro.

Each year 100 members gather to perform songs and stories from both mainland Japan and Okinawan culture to worldwide audience.

This day was no different.

The first half of their spectacular performance was from Kenji Miyazawa’s “A Night on the Galactic Railroad”. Its author hails from Tohoku Japan. The story tugs at the heartstrings of its audience asking the question, “where do we find true happiness?” By the end, we are told that we find it by giving selflessly to others. 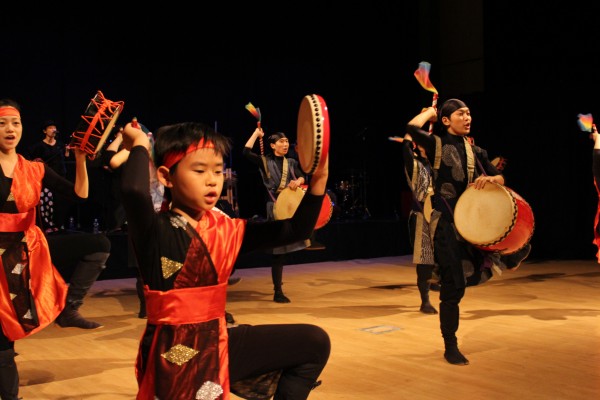 Some of the young members of the band taking part in the performance at the JCCC.

Through dancing, Eisa, Sanshin, wonderful strings and percussion, and beautiful voices, the stories told by the members were portrayed with eloquence.

The second half of the performance introduced Okinawa’s traditional folklore and songs. For anyone who has visited or lived in Okinawa, most assuredly their performance would have brought back fond memories.

At the end of the night, Karakoro received a long, well-deserved standing ovation, so much so that they had to quiet the crowd with another short dance. The goal of Karakoro is a very simple one: connect Japan, especially Tohoku with Okinawa, to support them as they rebuild from the tragic Great East Earthquake, and to promote peace in this world.

Their performances touch the hearts of many around the world, and it certainly did on August 10th, 2014 at the Japanese Canadian Culture Center in Toronto. 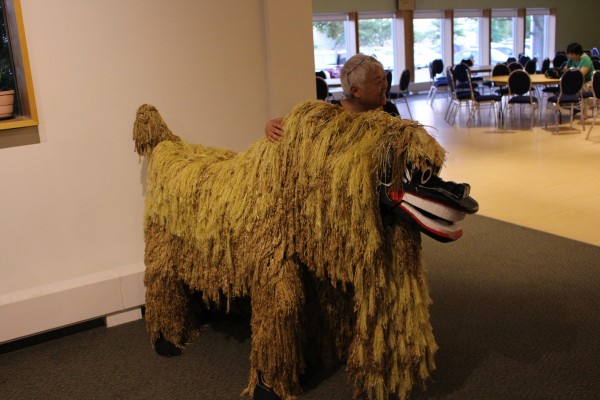 A attendee poses with one of the many costumed performers who took part in the Eisa.