An unconventional hero charms in the West 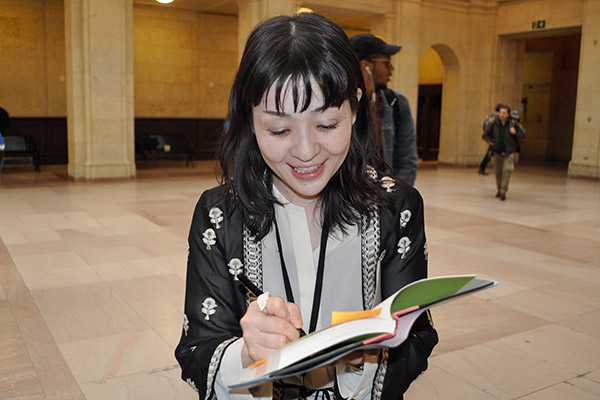 TORONTO — Best-selling Japanese author Sayaka Murata says she always knew she wanted to be a writer.

She started  writing as a young girl on the word processor from her mother that she thought was a magical machine. She imagined her words going up into the sky and landing in a bookstore as a completed novel. She laughs and says she was always looking for her book in bookstores.

Murata was in Toronto for the city’s 39th edition of the International Festival of Authors. After giving a speech during the ‘Author Talks and Mystery Library’ in the bustling Union Station and before jetting off to the Harbourfront Centre for a panel discussion, Murata sat down with Nikkei Voice and a translator to talk about her latest book. 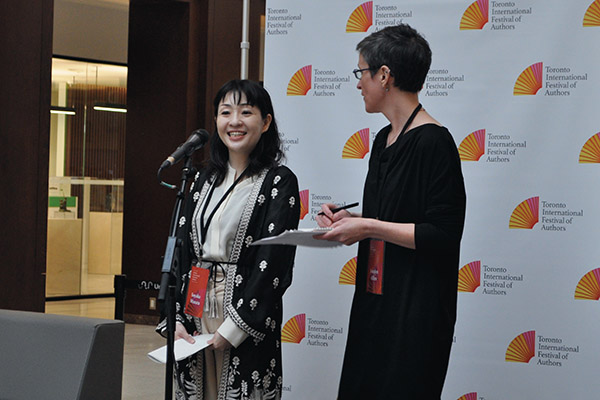 Murata’s novel, Konbini Ningen, has recently been translated into English, titled, Convenience Store Woman. Translated by Ginny Tapley Takemori, the  book is now in bookstores all around the world. The New Yorker has listed the book in its nine ‘Best Books of 2018.’

“It’s this really crazy feeling, like being in a dream, coming overseas and seeing my book in bookstores,” Murata explains.

Seeing her book in stores around the world is like her childhood dream come true.

Her 10th book, Convenience Store Woman, follows the life of Keiko Furukura, a woman who does not fit into the ideas of a ‘normal’ Japanese woman, nor does she care to. She is 36, unmarried and uninterested in dating or sex, and finds herself confused by human behaviour. It is in her job as a clerk at a convenience store where she feels most comfortable. Rules and procedure tell her how to act and instructs her on how to talk to customers. The store is where she feels fulfilled.

Murata herself spent nearly 18 years working in a convenience store in Japan. Starting as a part time job during university, she says she didn’t notice it at the time, but her experiences became the basis that Murata wrote her book.

“It’s kind of this presence that is always immediately next to you, there are people who eat all their meals there and if you suddenly need a pen maybe or you need a tie to go to a funeral or if you need something cleaned, it’s just all these different services that it provides,” explains Murata. “It’s sort of like this essential part of daily life.”

Working at the convenience store gave Murata time to work on her novels. The guidelines on how to talk to customers helped her as a shy young woman branch out. Manuals and training videos told employees what to say to customers, how to stand and even where to place their hands.

“Working at the convenience store I was a lot like Keiko, I became the convenience store,” says Murata. “I was so focused on it, so I wasn’t really inspired by anything there, and it was only when I started writing this novel that I really realized how strange of an environment it was.” 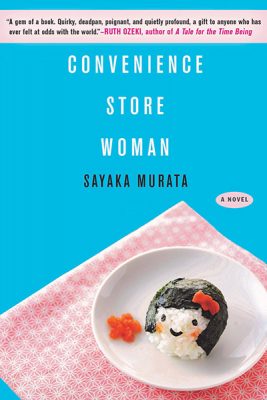 The book has already sold 600,000 copies in Japan. Many Japanese women have told Murata that Keiko is their hero. Murata points out there is so much pressure on women in Japan to settle down, get married, quit their jobs and have children.

“If you look at someone like Keiko, you can’t really live like she does in Japan these days. So a lot of women have felt this sense of relief at seeing her and the way she lives,” says Murata.

Women in the workforce in Japan have increased greatly in the last couple of years, 68 per cent of women between 15 to 64 are employed.

But if you were to graph that number by age, it is ‘M’ shaped, with many women leaving the workforce in the middle of their careers to raise children, and not returning until their children are grown. Just over half of women continue to work after their first child is born, up from 38 per cent in 2011. Women who do return to the workforce face an uphill battle. The gender wage gap is 24.5 per cent, the third worst in developed countries.

In many ways, Murata says she herself is like Keiko. She is 38, unmarried, and does not have children. She is not immune to the social pressures on women and has said in the past she has felt removed from society. She also doesn’t shy away from unconventional stories or uncomfortable topics in her novels.

“I think it would be really hard to be like Keiko, in Japan these days. For me, I’m a novelist, so I mean, if people think I’m weird, it’s no big deal,” says Murata. “But I know a lot of women my age who end up having kids. They are told that they should have kids. Before they even realize it, and maybe not even of their own volition, they’re on dating sites, or looking for a specialist and marriage-oriented dating sites, trying to find a partner.”

Also like Keiko, Murata is paving her own road. In 2016, her novel was awarded the Akutagawa Prize, the most prestigious literary prize in Japan. The book was also awarded the Naoki Prize, and has started receiving international prizes, like Britain’s Foyle’s Book of the Year for fiction. Murata was also named one of Vogue Japan’s ‘Women of the Year’ in 2016. 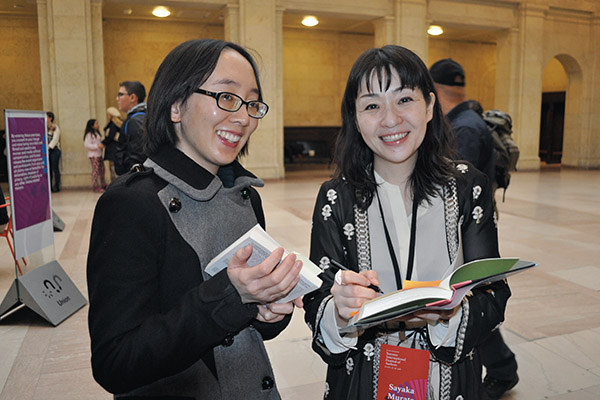 The attention her books have received has meant Murata needed to leave her job at the convenience store, and is now a full time author. This has given her opportunities to travel to Europe and North America to talk about her novels.

“In terms of my everyday life, I guess the fact that I’m a person that writes novels, that hasn’t changed at all, but it has brought a lot people into my life and given me a lot of chances to meet all these people that I would have otherwise never met,” says Murata. “In conversations with other authors, its allowed me to go to all these places that I wouldn’t have gone to before, so it’s really been a happy opportunity for me.”

These conversations have taught Murata more about women in Japan, and now in Canada as well. Books can bring forward new ideas, empower and inspire readers, and Murata says she hopes that’s what her books can do.

“I think-well obviously, I’m a novelist, so I’m saying this-but I do think novels can give us hope, especially since there’s been a tendency for women in novels to be [stronger],” she says. “I feel like that’s maybe a promise or an anticipation for future change and it’s also a way of showing this way of living is permissible, we can look at those texts and learn from them, and maybe if we become a little freer because of that, or have weirder, or so-called ‘weird’ lifestyles recognized in a more socially-acceptable way, that would be really great.”

Konbini Ningen, or Convenience Store Woman by Sayaka Murata and translated by Ginny Tapley Takemori is available at most Canadian bookstores, retailing for $22.50.


Sayaka Murata is an amazing writer and I can’t get enough of how sweet and smart she is. Love your newspaper, guys! Long time reader, just decided to comment for once lol.


She is! Hopefully more of her books can now be translated! Thanks for your nice comment and support to our paper!