Annie Koyama celebrates a decade of comics and kicking-ass 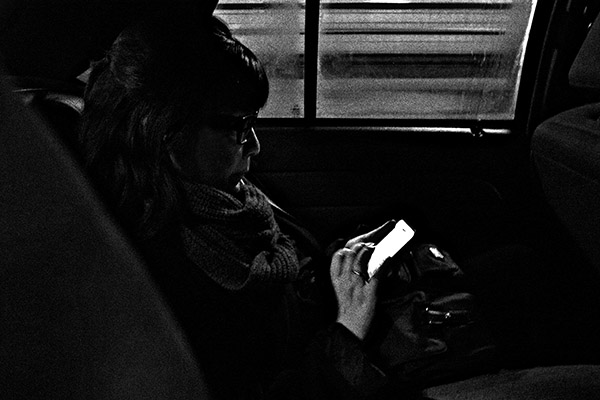 Annie Koyama has an exciting career in comics, but it wasn’t always part of her plan. Before she founded Toronto-based comic book publishing company Koyama Press in 2007, she filled many different roles, living up to her nickname “Kick-ass Annie.” Photo credit: Robin Nishio.

Koyama worked as a set painter for the National Ballet and the National Film Board of Canada. She moved on to working in film and advertising and finally landed in a top position at a large Canadian commercial film production company. After ten years in that position, she planned take some time off to travel, to see the world.

Then she received a terminal diagnosis and was bed-ridden: a brain aneurysm. She was not expected to survive; but then, like a comic book superhero, she did.

Koyama underwent an extremely precarious surgery and managed to recover. However, this surgery also found a second, in-operable aneurysm, which Koyama still lives with today.

Prior to her diagnosis, she had saved up enough money to take two years off to travel. Her health forced her to abandon this idea, forcing her to find another place for her travel funding. Not a bird or a plane, she settled on alternative comic books.

“When I was able to work again, I didn’t want to go back to the very long hours that film production requires. Instead, I decided to support local artists,”  Koyama told Nikkei Voice.

Koyama Press started as a small, almost charitable, not-for-profit comic book company based out of her home office. She would pick artists whose work spoke to her, funding the entire project and letting the artists keeping the proceeds. Koyama quickly turned her belief in these artists into successful projects that have reached readers from Canada to Australia, China and beyond.

“Their art has to speak to me first,” she says. “Certain themes like autobiographical work, humour and horror appeal to me.”

Koyama has gone to somewhat extreme lengths to fund artists she believes in, which resulted in her nickname and company mascot: “Kickass Annie,” a cartoon version of Annie, who stands with her arms crossed and a no-nonsense scowl on her face.

The first book Koyama published with Koyama Press was by Trio Magnus, a Toronto-based artist collective made up of Aaron Leighton, Clayton Hanmer and Steve Wilson. Her willingness to make self-sacrifices for the success of others is where the character came from.

“I sold my car to send the fellas to Japan for the Design Festa show and needed a company name and logo quickly,” she said. “Aaron had drawn a similar character and I saw it in his sketchbook. He kindly made that character into my logo avatar. My t-shirt printer, Toby Yamamoto, saw the figure and nicknamed her ‘Kickass Annie’ and it stuck.”

Since Kickass Annie was first introduced, there have been nearly 400 different artists’ renditions of the character. 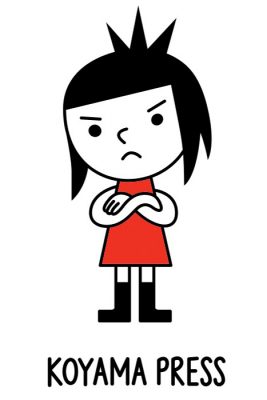 Koyama Press highlights emerging and established alternative artists from around the world, across the realms of comics, graphic novels, art books and zines, all under the helm of a kick-ass Japanese-Canadian woman.

Though many profiles of Koyama (including this one) focus on her superhero-like resilience, her publishing company is specific to alternative comics with more personal themes.

Koyama says she doesn’t look for a specific artistic style, but themes that appeal to her and her cult audience. Unlike traditional superhero comics, à la Marvel or DC, she says alternative comics are typically made by a single artist working independently, instead of a huge team of writers and artists working together.

“I work mostly with emerging artists, I am one of a very few women publishers in comics, and I try to be as artist friendly as I can afford to be,” she says.

This artist-friendly approach has allowed Koyama to cultivate a diverse team of nearly 100 artists under her helm.

“Though it was never my mandate to work only with Canadians or people of colour, I have a very diverse catalogue,” she said. “I don’t choose the artist by their background…the work has to speak to me above all else.”

Her diverse interests, ranging from comedy to horror to artistic anomalies, have brought in eclectic artists from across Canada, the United States and Japan.

“Fortunately my interests cover a pretty wide swath and so I’ve had the opportunity to publish people from a lot of backgrounds,” she said. “That said, I do have a few Toronto-centric book and incidentally have published a couple of Japanese-Canadian artists, Jeremy Kai and Robin Nishio.”

This year, Koyama Press celebrates a decade in publishing. The company has expanded from that small home operation to a mid-sized office in downtown Toronto.

“Obviously at that time, with no publishing background whatsoever, I never foresaw having a publishing company ten years later!” she said.

So what is next for Koyama Press? Well, in the words of unbreakable Annie, if it isn’t broken, don’t try to fix it.

Take a moment to look through a few of the many creative interpretations of ‘Kickass Annie‘ from different artists in the flickr gallery below: 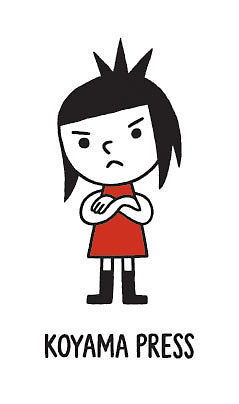 
[…] Years of Kickass Annie: Annie Koyama reflects on Koyama Press’s first decade and tells the unlikely story of how it began (she was […]