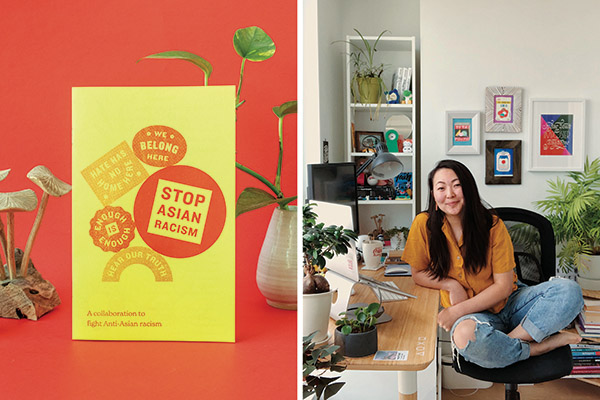 VANCOUVER — Vancouver-based artist and designer Lisa Taniguchi is using her artwork to spread kindness and joy while also advocating for causes she is passionate about.

“The idea behind [Be Kind Club] is to have a shop that can be for fun, so sometimes it is just a shop. And then other times there’s fundraising campaigns or sales to benefit specific groups or communities in times of need,” Taniguchi tells Nikkei Voice in an interview. “It’s using creativity to help make the world a little better.”

Be Kind Club is Taniguchi’s passion project and a one-person show. She designs, packages, and ships all of the products herself. By day, Taniguchi is a design director in the health technology space, working with clients across Canada and globally, like the Government of Canada, Tourism Richmond, McDonald’s, and the Vancouver Mural Festival. Taniguchi creates lettering art and designs, which feature bold lettering, bright colours, and introspective messages.

“I love diving into what makes letters special, jump out at you, and essentially look pretty. But also finding a way to make it readable, legible, and consistent,” says Taniguchi. “Lettering is something that I feel is a nice blend of being expressive and using a bit more of my technical design background.” 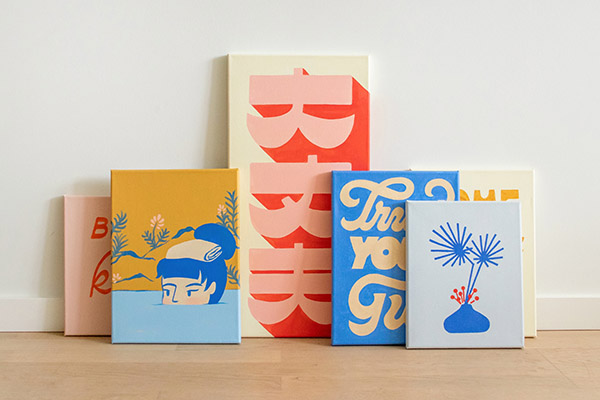 A sampling of artist and designer Lisa Taniguchi’s work. Photo courtesy of the artist.

Be Kind Club officially launched less than a year ago, the idea sparked by a project Taniguchi organized to support the Asian Canadian and American communities in May 2021. Throughout the pandemic, Taniguchi watched report after report of attacks against Asian Canadians and Americans. Then in March 2021, the Atlanta spa shooting, where eight people were killed, six being Asian women.

A few months later, Taniguchi saw her city, Vancouver, named the anti-Asian hate crime capital in North America, with nearly 1 in 2 residents of Asian descent in B.C. experiencing a hate incident in 2020. Taniguchi decided to take action. Taniguchi reached out to 13 fellow Asian Canadian and American artists, asking them to create art that celebrated Asian Canadian and American culture and call out Asian hate. Taniguchi created a 16-page art zine [like an art magazine] featuring the 13 artists’ diverse work, along with her own, to raise awareness about Asian hate and violence.

At first, Taniguchi was hesitant about asking artists to donate their time and artwork for this new project. Taniguchi wanted to include the voices of artists she admired and represented the vast umbrella of Asian identities. 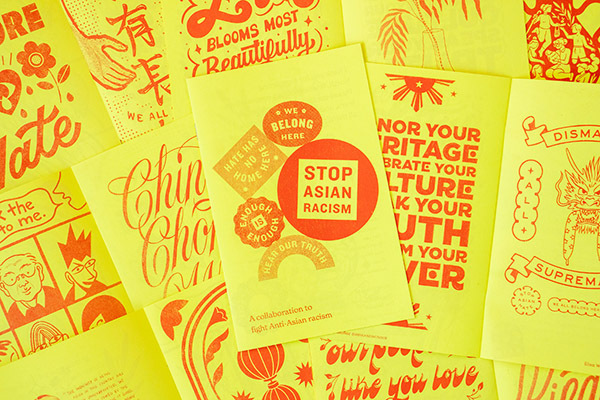 “Luckily, everyone was super on board, and everybody was super excited. Many of the artists felt strongly [about the project] because they were seeing the same things on the news and social media about these attacks. Some people had very personal experiences, so it was nice to all feel passionate about this cause and be able to rally together,” says Taniguchi.

“That was a way to harness a bit of creative energy and to fuel some good, but that was really where [Be Kind Club] started,” says Taniguchi.

Following the success of the art zine, Taniguchi wanted to use that creative energy to create an online shop that could raise funds for other organizations she is passionate about and help make the world a kinder place. 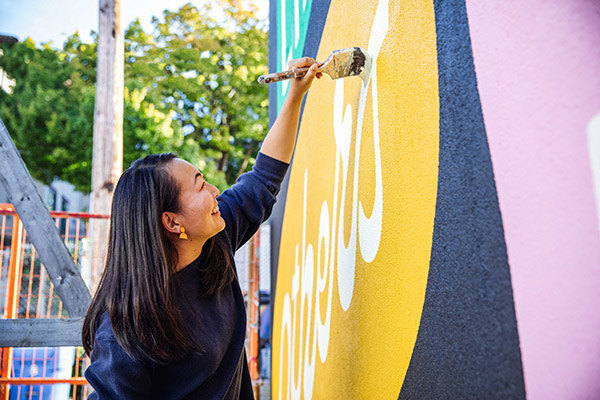 When launching Be Kind Club, Taniguchi needed to find a way to make the shop sustainable. As a result, the shop runs for “fun and fundraising.”

When the shop is for fun, the profits raised go towards sustaining the shop, so when Taniguchi runs a fundraiser or special sale, 100 per cent of the proceeds are donated to the benefitting organization. While she is still fine-tuning Be Kind Club, Taniguchi has supported various organizations, like the Indian Residential School Survivors Society, Vancouver Food Bank, and Nova Ukraine.

Working on Be Kind Club and through the Stop Asian Racism zine, Taniguchi has found a sense of community; with fellow artists and audiences who have resonated with or saw their own stories reflected in her work. One teacher from the U.S. reached out to Taniguchi, letting her know they shared the zine with their students. And working with fellow Asian Canadian and American artists, Taniguchi found similarities and connections to their art and experiences.

“It was rewarding to make connections with other people who were also going through a tough time and have people get the zine and say this feels like what I’m experiencing too, [it created a] sense of community,” says Taniguchi. “It’s a sense of not feeling alone and being able to find people with similar experiences. I think it’s very validating and comforting when dealing with cultural identity.” 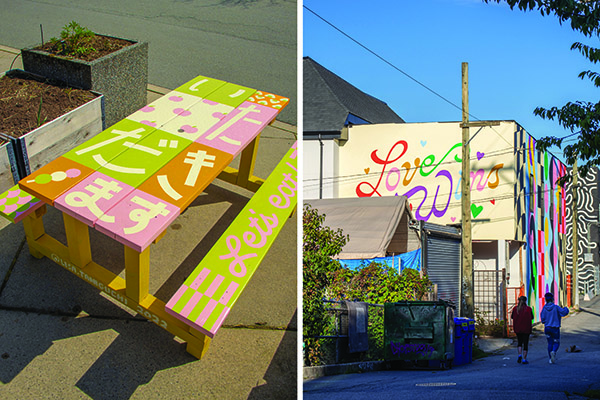 Over the last couple of years, Taniguchi has been commissioned to create various public and private art projects. From a massive mural that says, “love wins,” created in collaboration with artists Otilia Sabina and Victoria Sieczka for the Vancouver Mural Festival, to a painted picnic bench for Tourism Richmond that says “Itadakimasu” or let’s eat, surrounded by images of hanami dango or tri-coloured mochi. Taniguchi hopes her art can spark a sense of belonging, inclusion, and comfort.

To learn more about Lisa Taniguchi here and Be Kind Club here.