Banana Boys: What to do when you’re yellow on the outside and white on the inside 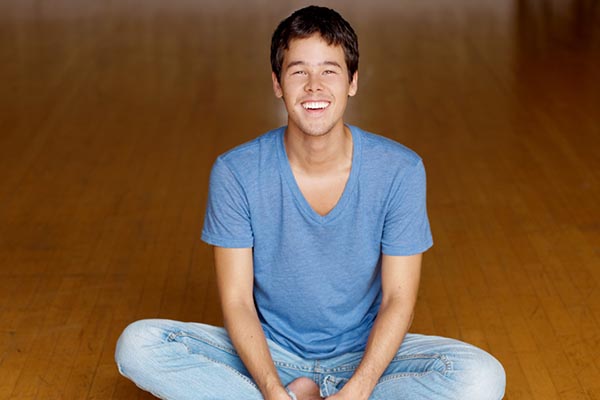 Philip Nozuka drew on his personal experiences as an Asian Canada for his role in ‘Banana Boys’.

TORONTO – Bananas, yellow on the outside and white on the inside. This fruit is often a cheeky way some Asian-Canadians describe themselves when they have been assimilated into the Canadian culture, and find themselves caught between the stereotypes of two identities.

A banana is what five young men finding their way in the world call themselves in Factory Theatre’s production of Banana Boys.

“Personally I would never identify myself as a banana boy in a positive way, I just don’t like the idea of categorizing anybody as a fruit,” Philip Nozuka, one of the five actors in the play, says.

Nozuka, a American-Canadian actor, whose recent work includes Durango, from Asian-Canadian theatre company Fu-Gen, as well as appearing in Degrassi: The Next Generation and the most recent remake of Carrie.

The play is adapted from a book with the same name by Terry Woo. It follows five Chinese-Canadian friends from university who come back together after the death of their friend and unofficial group leader.

Nozuka says he drew on his experience as an Asian-Canadian for his role, but he felt a strong human connection to his character.

“There are definitely certain aspects and things that happen in the play that I can relate to in my own life, that have happened to me in my own life,” he says. “Some of them are also because I am a human being, and the human stories about beings and the struggles that human beings face coming to terms with their own individual truths and fears and desires.”

The stories of the five young men in the play don’t just relate to people of Asian descent in Canada as anyone, regardless of heritage, can relate to, says Nina Lee Aquino, the director of the play and artistic director at Factory Theatre.

“That’s what theatre is for, to kind of raise these issues or bring these issues to light and communicate these really important voices to audiences. No matter what colour, background, religion or wherever they’re from,” Aquino says.

Aquino is an award-winning director who comes from a strong background in theatre. She was previously the artistic director at Fu-Gen, where Banana Boys first ran in 2003.

Despite being a story that deals with the death of a friend, the play is wickedly funny and fast-paced. The story does not a follow a linear timeline, Aquino says. Instead the story jumps back and forth from past to present to future and everything in between.

As a viewer you have to work like a detective to figure out what happened, Aquino says.

“The hope is that you’re enjoying the ride so much that you don’t mind doing the work,” Aquino says. “We don’t spoon feed the answers right away, you figure that out as you go.”

There are only five actors in play, which Aquino points out can be a lot in theatre. She says each actor plays multiple roles, which is on purpose. As the play follows the individual stories of each of the five banana boys, the same actors play different roles in each other’s storylines, to show that the boys represent each other in each of their lives, says Aquino.

Banana Boys explores the identity of young men who are the true embodiment of what it means to be Asian-Canadian, two identities intermingled together.

“Their Chinese, but they’re also Canadian, its set in Waterloo, its set in Toronto,” Aquino says. “They each eat Kraft macaroni and cheese with chopsticks, they love to watch hockey, they go out for dim sum. They can kind of speak in Cantonese, but English is their first language.”

The characters are like sansei and yonsei Japanese-Canadians who eat instant ramen while watching anime with subtitles, who go out for sushi with their hakugin friends and speak a word or two of Japanese to their Baachans. It’s an identity that many young Asian-Canadians are living today.