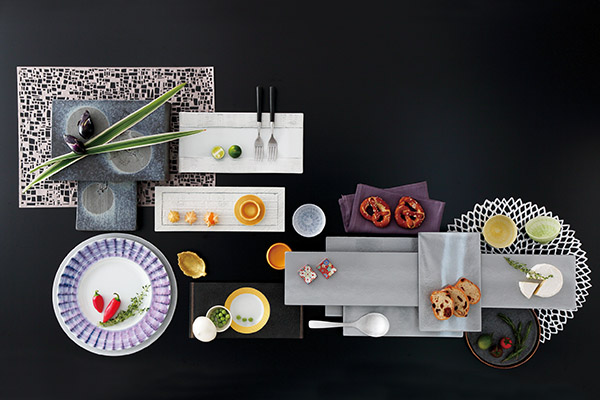 
TORONTO — “A good dish on the right plate is like a beauty in a kimono,” legendary artist Kitaouji Rosanjin once said. Photo courtesy: Masaharu Takagi.

Masaharu Takagi, CEO of a Japanese pottery company famous for Mino-yaki, visited Toronto with two suitcases filled with as much pottery as he could possibly fit. Mino-yaki is a general term for Japanese ceramics that are produced in the Mino-province, Gifu prefecture, home to approximately 50 percent of the nation’s production of pottery.

The history of pottery in Mino-province started about 1,300 years ago. The pottery such as dish plates and glasses have been used in daily life in Japan. The pottery and its quality has also been endorsed by the Imperial Household Agency and are used in Japanese embassies around the world. There is a saying that ‘having no feature is the feature of mino-yaki,’ meaning mino-yaki is not limited to using certain techniques, colours or shapes.

Mr. Takagi’s company, Marumo Takagi, established in 1887 in Mino, Gifu prefecture, a major region for the ceramics industry in Japan. The company has started investing in international business in a big way since 2014. 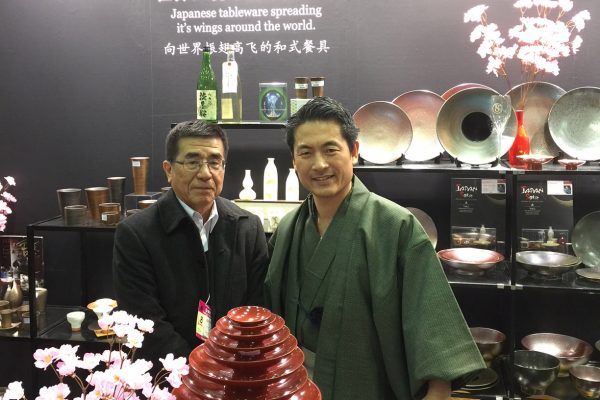 Mr. Takagi was in Toronto for an event hosted by local Zen Japanese Restaurant, as well as to conduct some marketing research. The event was for people involved in the food service industry, such as merchants, vendors, managers and owners of Japanese restaurants. Mr. Takagi advertised his tableware products at the event, and those products were evaluated by those who were there as traditional with contemporary details, says Mr. Takagi.

Participants were impressed with the deep designs, colours and firing techniques on the pottery, Mr. Takagi says.

“I haven’t seen such dishes before,” a participant told Mr. Takagi.

When Mr. Kashiwabara was looking for tableware while opening his restaurant, established in 2000, he asked his friend in Mino-province for advice. This friend visited the Marumo Takagi, bringing Mr. Kashiwabara to meet Mr. Takagi Sr. for the first time. Mr. Takagi says he had heard about the story from his father, and heard a lot about the restaurant serving authentic Japanese cuisine and making local customers happy. Thus, he had decided to contact Mr. Kashiwabara for first when he decided to visit Toronto.

Mr. Takagi says he realized that the cups for sake, Japanese alcohol, which are already highly valued in Japanese sake events could be popular in Canada, too. He learned this through visiting some Japanese restaurants in Toronto.

He says he now wants to see his international business in Canada increase. Mr. Takagi plans to do this through opportunities to show people cuisine presentations, by partnering with trading companies that provide Japanese sake and food. At the same time, he says he would like to visit local chefs to show them his products in person. Furthermore, he would like to launch his showroom in Canada, one day, which he has already done in locations around the world, in places like Dubai, Taiwan and Tokyo. The showroom in Tokyo was launched in Tokyo Big Sight, the biggest convention facility in Japan. 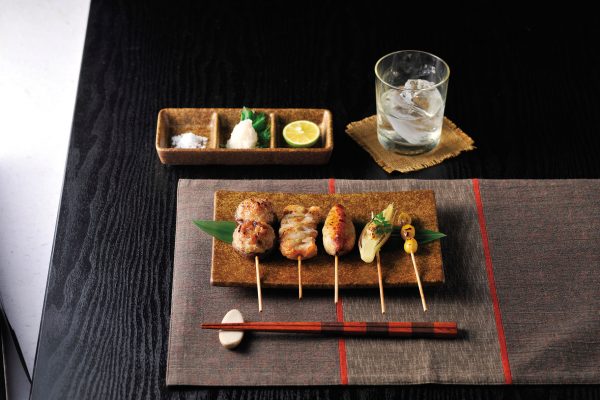 “It’s all up to tableware whether they make or break the performance of cuisine,” says Mr. Takagi.

“The way of tasting sweetness or spiciness can be taken differently by each person, but the cuisine served with beautiful tableware can inspire people through their eyes, and through their five senses, like a beauty in kimono.”

Canada is a multicultural country that has many different languages, races, and cultures that make up its society, and he thinks tableware doesn’t have be always same for everyone. He says that Japanese tableware products are not only for Japanese cuisine.

These dishes carefully made by Japanese craftsmen can be very versatile. For example, mino-yaki pottery was used for Arabic cuisine at a hotel in Abu-Dhabi, and as well as in France. Mr. Takagi says he sees in mino-yaki the infinite possibilities that can be used for.