Trying to make sense of Wall Street practices and how high- frequency trading firms work is no easy task.

Flash Boys throws readers into the heart of the American financial marketplace and makes a complex subject matter engaging — all while humanizing the story with a group of unlikely characters that have a whole lot of personality.

For most financial journalists, this task would be as daunting as trying to sink a hole-in-one with a putter, or trying to stop Lawrence Taylor from sacking the quarterback without a left tackle.

But Michael Lewis makes it happen. The message of Flash Boys is clear.

“The United States stock market, the most iconic market in global capitalism, is rigged,” Lewis told the CBS program 60 Minutes.

Reading Lewis’ latest book, it becomes apparent that due to the marketplace becoming computerized, and the Securities and Exchange Commission’s new legislation, the SEC unintentionally created a marketplace that isn’t as safe and free as advertised.

This made investors vulnerable to a new predator— high-frequency traders (HFT).

For most financial journalists, writing about the stock market is a task, but Michael Lewis makes it easy to understand even for laymen.

With HFTs buying prime real estate in close proximity to the computers that process the stock market’s orders and finding ways to cut down on order processing time, they became the fastest on the market.

HFTs are like sharks preying on investors. But the average investor is like school of fish; a slow one at that, constantly getting short changed.

Their advantage is speed, with technology enabling these firms to constantly have dibs on selling high and buying low to real investors by front running orders.

They’re doing this by buying stocks a moment before a large investor places an order. They then go on to sell the very same stock back to the investor.

This is all done without HFTs having any intent on actually maintaining any assets and at the end of the day walking away with no investments or risk and running away with a barrel full of money.

They are providing ‘liquidity’ to the market, but through investments that lack any real substance. They are also driving up the prices for the stockbrokers, who ultimately represent every day people.

These HFTs are also capable of seeing stock orders before they are even completed through advanced computer programming, largely done by Russian immigrants.

This was the problem that the book’s protagonist, Brad Katsuyama faced.

The Japanese-Canadian’s role as a whistleblower began when he found himself constantly being ripped off as he tried to buy stocks.

He’d make a large order and then see the price of the stock jump right as he made the purchase while working for the Royal Bank of Canada.

After initially thinking that the issue RBC was facing was due to old software, he visited some of the largest investors in America and realized that this problem was widespread, even among America’s most prominent firms.

Looking to make sense of why this was happening, Katsuyama convinced RBC to let him pin-point the issue.

Katsuyama assembled a team of unlikely team members, who solved the problem by slowing the orders down using a technology they named Thor.

Thor sends orders to the furthest geographical stock exchange and times its orders to reach all of the exchanges at the same time, thus eliminating speed from the equation.

Katsuyama then left his job at RBC, which paid him a comfortable $2 million annually, and took a leap of faith, creating a team with the goal of eventually becoming a new stock exchange called the Investors Exchange, or IEX.

The goal of IEX, which is currently a dark pool – meaning that it’s a trading venue that doesn’t publicly post its prices and whose size is restricted by regulation — is to try and combat high frequency traders from preying on investors, who often are representing peoples’ retirement funds, pensions and life savings.

By selling trust and trying to restore faith in the market, IEX has been growing and even received the green light from Goldman Sachs Group, which is one of the largest investing firms in the world.

Next, they are looking to earn the capital to become a bona fide stock market.

Through Katsuyama, a character dubbed as “Canadian nice,” Lewis brilliantly illustrates how HFTs have been legally scamming investors.

The journey of the IEX Group tells the story that many on Wall Street don’t want you to hear, but you need to.

If you’re looking to read this book or find out more about its author, be sure to check out: michaellewiswrites.com for more information. 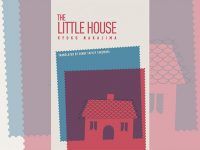 “The Little House” Review: Reading between the lines
February 4, 2020 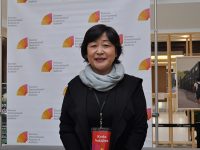