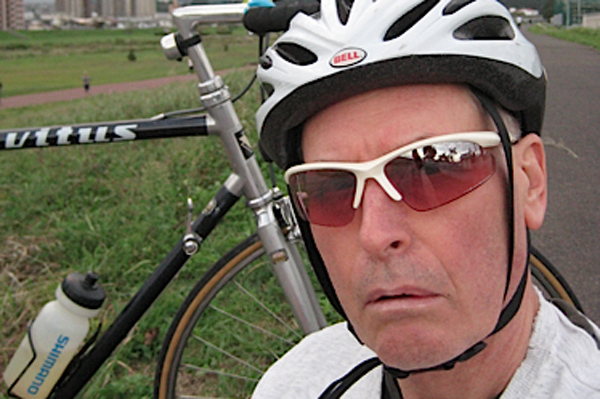 This article was reprinted from Nikkei Voice’s April Edition. Help support us by subscribing or donating today.

Norm Ibuki: So, Lorne, can you give us some background about your family? You grew up in Richmond, B.C. where your dad was a lawyer. He had a connection with the JCs there too, didn’t he?

After articling, he set up a law practice on Lulu Island, now Richmond city. He had a tiny office space in Brighouse, and an even smaller space in Steveston where many Nikkei had lived for a couple of generations. The court appointed him as counsel for redressing the appalling situation the local Nikkei were enduring. All their properties and assets had been auctioned off during their internment — instead of being held in bond.

My sister and I grew up in a very bucolic, rural setting. That’s all gone now.

NI: Did you grow up with any Japanese? Any special memories, if so?

LS: I attended school in Vancouver, and we lived near Brighouse, so I did not see much of the Nikkei kids from Steveston. Later I attended Grade 13 at Richmond High. There were Nikkei students in my class. I hung out a bit with one of the dudes. I wanted to date the girls, but they were as shy as I was. As a younger schoolboy, I had been dazzled every evening by the young, female, Nikkei office workers returning to Steveston on the bus.

NI: Your dad was in the air force, wasn’t he? Did he see action in Europe?

LS: He was at UBC when he volunteered, and by 1941 he was a corporal radar technician in England. There was a shortage of aircrew, so he flew combat patrols as radar observer in night fighters. He survived several bad crashes. In about 1943, he served on commando missions in Holland to capture German radar. He was discharged in Vancouver, August ’45. My mother remained in the WAAF until 1946, then immigrated to Canada.

NI: What was his opinion of the internment of JCs? Your mom? Did they see Japanese Canadians as being ‘the enemy’?

LS: Dad thought they had suffered a huge injustice. He told me that as their lawyer, there was not much he was able to do for them. They were properly screwed. He made friends among the Nikkei and was invited to weddings. My mother harboured no prejudices and as an immigrant herself, and looking very Germanic with the name ‘Hilda’, she received some cool treatment. At the end of her life, she enjoyed helping many Asian Canadians as a hospital volunteer.

NI: When did you become aware of the internment of JCs? Any particular feelings related to this?

LS: I was quite young. I would ride my bike and hang around Steveston’s waterfront to watch the Nikkei mend nets and tend to their boats. I was this tow headed white kid, and I was aware of what had happened to these people. There were moments of discomfort. Years later, I worked in Steveston’s fish canneries, and took some kendo classes at the dojo. I admired anything Japanese.  The wartime afflictions of the Nikkei haunted me. I cannot really explain this raw feeling. It just came and stayed.

NI: What do you remember about any remnants of the old Powell Street J-town?

LS: Well, the annual Japanese festival at Oppenheimer Park was fantastic fun. I took my daughter when she was tiny and I was a frequent customer of the last Japanese fish shop in Japan Town. The proprietor was charming, and she always sold me the best fish I could buy.

NI: Can you give me a rough chronology of your career path in Japan? What did your family think about moving there?

LS: Dad thought it was a dead end, but I needed work during the Canadian depression of ’93 -’94. I went through the entire drill as an English teacher — language schools, vocational and business schools, women’s junior college, and now full-time/part-time lecturer at various universities in Sendai. I’ve taught everyone, from toddlers to octogenarians.

NI: You met Mari in Vancouver where she worked for Iwata Travel in the 1990s. Is she the reason why you went to Japan?

LS: No. She had returned to Japan to help her family. We’d broken up for all intents. But when I got to Tokyo, I received a phone call and one thing lead to another. Here we are 20 years later.

NI: Why did she come to Canada in the first place?

LS: She had a fantastic job at Toyota HQ, but she wanted to see the world and headed off for Europe. On the way home she stopped in Vancouver. ‘Lotus Land’ captured her as it has so many others.

NI: How has your own perceptions and understanding of Japan and Japanese Canadians changed over the years?

LS: My understanding of Japan has evolved in conjunction with my discoveries regarding any power structure where an elite controls the destiny of everything and everybody — where politics is controlled by those that “own” the country. This would include Japan, the USA, Canada — most of the “democracies” you could mention. Over the years, I think I’ve learned a little more about the specifics of how Japan is run, controlled, and operated. Karel van Wolferen’s The Enigma of Japanese Power is only slightly dated. Dare I ask if anyone has written an equivalent analysis of Canada?

NI: Why have you chosen to buy a house and put your roots down in Sendai? Any urge to get back here?

LS: The short answer: virtually no ex-pat of any OECD country, at my age and in my position can afford to return. My wife and I plotted, schemed, agonized, dreamed, dared. In the end, hard-boiled economics ruled. Mari was heartbroken. At first I was relieved that I did not have to grieve over leaving Japan.

NI: What is life like in Sendai for a white Canadian dude? Any particular difficulties that you can share? Benefits? What about for Shoh at school ? Mari?

LS: Shoh is a Japanese boy enjoying high school, his sports, his friends. Mari wishes we were in Vancouver, but she enjoys living in our house close to the centre of a city. I worry about future, forced retirement due to age. I cannot afford to stop working. Because I do not reside in Canada, my tiny Canadian OAS benefits will be taxed at 25%. Moreover, I will not have contributed the full measure here, so I’ll not get much from Japan. Mari says the solution is to die young. Grim prospects.

Living next to a rogue nuke is not a comfort either. And if — uh when — the big one hits the Kanto region, this country will be in very bad straights. Being the white gai-jin doesn’t register next to those issues. The hardest thing about coming here was leaving a child in Canada — to not see her grow up and being helpless to change the situation.

NI: How do you define yourself as a Canadian now?

LS: As a disenfranchised, once economic refugee who is treated with hostility and suspicion by Canadian immigration every time I return to bury the dead. I do not define myself as a Canadian as much as Canada defines me.

Before I was forced to leave, along with tens of thousands other unemployed, I encountered an astonishing, widely disseminated federal government document. It said males not belonging to a ‘visible minority’ and who are not afflicted by disability would not be considered as candidates for positions posted by the ‘Public Service Commission’.That was the final signal that sent me packing overseas to find work after decades of hard, self-employment and total self sufficiency.

I’ve been treated with better justice as a guest and permanent resident of Japan than I have been by my native country. I say that unreservedly.

NI: Any advice to younger Canadian Nikkei about the value of their Japanese roots?

LS: Japan is an enigma that is worth exploring. It is not all about ekibana, kimono, Kyoto temples and sushi. The secrets are folded in the language and the tiny exchanges of civility in everyday life. Some people indulge in preciousness and fetishism in regards to Japanese culture. Wrong! Follow your predilections as opposed to pursuing exotica or a holy pilgrimage.

A lovely book, The Journey by Jiro Osaragi conveys just about everything I can say about “feeling” Japan, despite its rather antique setting. Laugh, cry and ponder, all on a single page. That should be a hint.