Casio taking the selfie to the next level with new camera 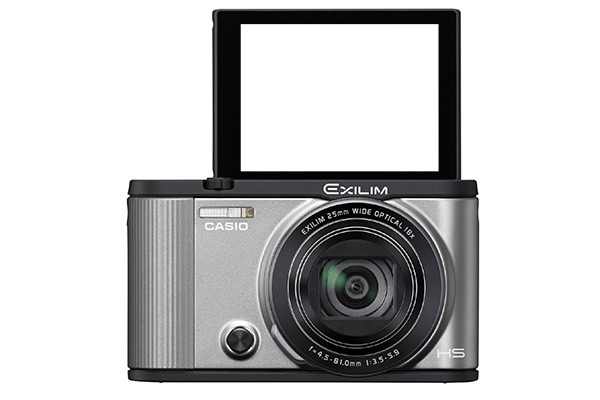 Casio’s ZR1600 has a large screen that flips toward the photographer helping them take a ‘selfie’. Photo courtesy: Casio

Casio is going to take your selfie game to the next level with their latest camera.

The EXLIM-ZR1600 has a large screen that flips out toward the user and a 16 megapixel camera, which is twice the resolution of an iPhone 6’s main camera and the camera that faces the user. It can also link to the user’s smartphone to automatically transfer any picture taken so it can be shared over social media.

Casio, which was originally established in 1946, released the world’s first digital camera named QV-10 in 1995. It was a small digital camera that used a liquid crystal display on the back to display your photos. Since then, Casio has released a number of radical digital camera designs based on their philosophy of “casioism”, a combination of creativity and contribution.

And it’s certainly a creative way of marketing a new camera to consumers and the ZR1600 will definitely be contributing to the number of selfies we’re going to be seeing over social media websites like Instagram.

The term “Selfie” describes when someone takes a photo of themself by holding the camera at an arm’s length away. This take on the self-portrait can be traced back to 1839 and photographer Robert Cornelius who is the first documented person to use a camera in this way. The term itself, however, first began appearing in 2002 and has since began its slow ascent into common parlance.

Casio’s new selfie-friendly camera is currently only available in Japan and is priced at ¥40,000 ($330 USD).