Examining the beauty of everyday life with Shinya Kumazawa 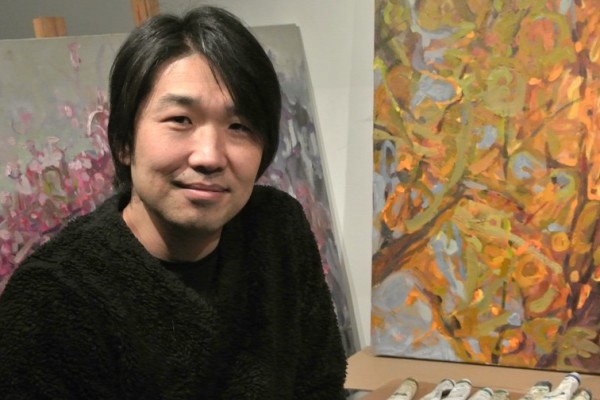 If you find a great view on your walk to work or while traveling, you might pull of your camera to take a photo, but for artist Shinya Kumazawa drawing is the best way to save a memory. 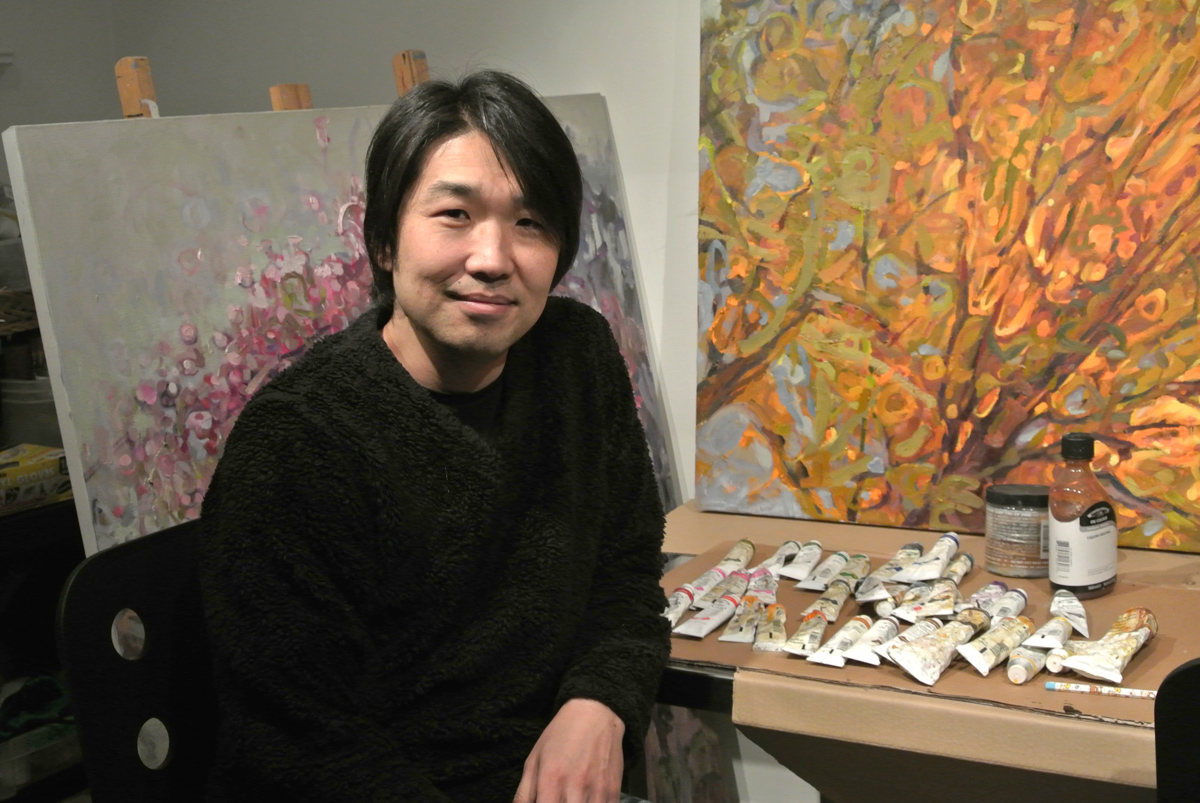 Shinya Kumazawa is an artist and a nature lover, and expresses this love of both through painting.

Shinya Kumazawa was born in 1970, in Nagano prefecture, Japan. After graduating from high school, he left Japan to study at the University of Arizona’s astronomy program; however, his interest shifted quickly towards philosophy and art.

“I was getting interested in finding out why the space became like that, so I change to a philosophy program. I have also liked art since I was a child, so I started studying and painting art,” Shinya said.

After graduating university, he left for Japan to take over the family wedding business, but he felt confined living into Japanese society.

“I felt that Japan is not where I live due to too much pressure and rules, so I decided to go abroad with watercolors and canvas,” Shinya charged. This lead to years spent traveling around the world. 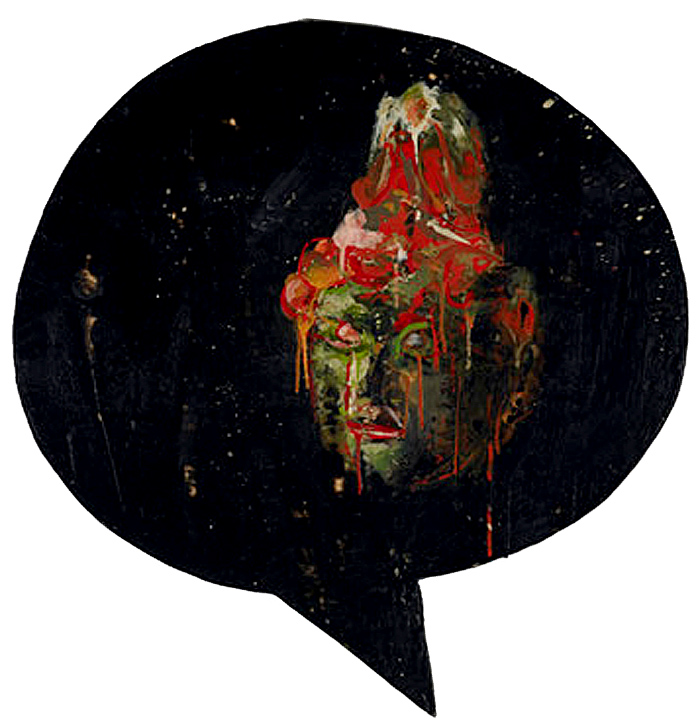 When he was in India, he found great view to draw in a small village. “I suddenly wanted to paint the view in oils, but I could not find oil paints in whole India. Therefore I decided to move to Europe to get some tools,” Shinya said.

After that he visited his sister who is a sculptor in Italy and attended an art school where Shinya sold his art for room and board.

“At the time I realized that my painting can be sold, and I might make a living by painting. Since that time I draw about 25 pictures while I was staying Italy for three months, and sold these,” Shinya charged. 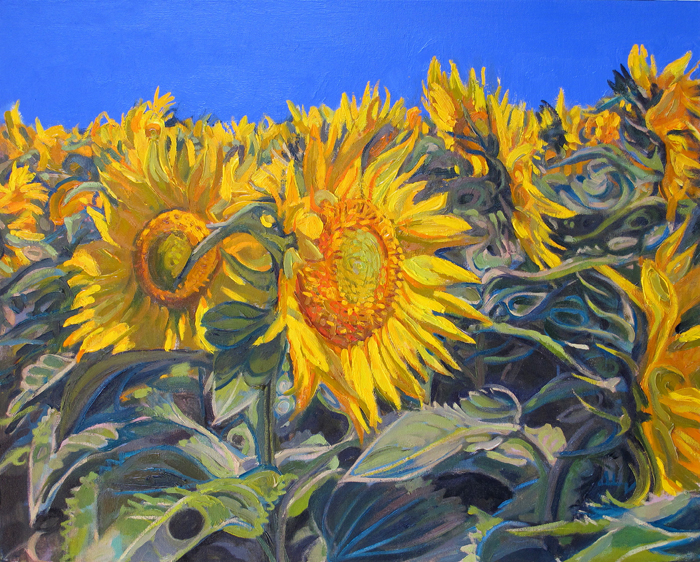 A Move to Toronto

After finishing his round the world trip, he moved to Toronto in 2000. During his time here, Shinya found his favorite spot: High Park.

“I was surprised because some people asked me the price of my paintings sometimes in the park,” Shinya said.

Shinya’s paintings have also been exhibited in Canada, the United States, Japan, and Europe and sells his paintings steadily. “The funniest thing is that when I visit neighbor’s house or friend’s house, accidentally I found my paintings there. Of course they don’t know these are my works,” Shinya said with smile. 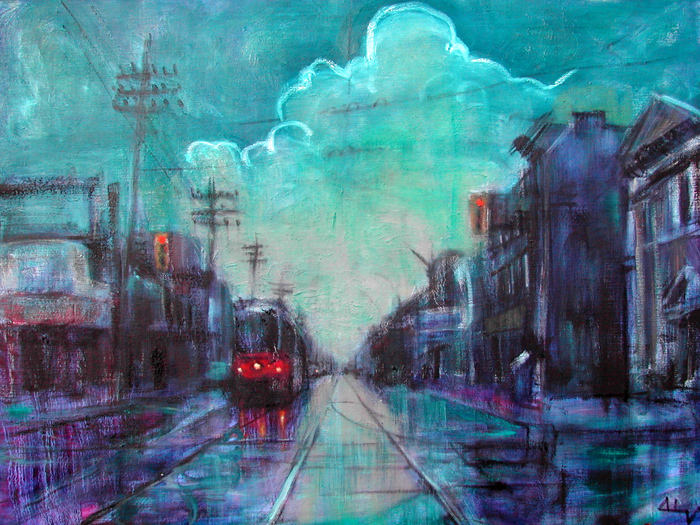 Even though he does not have any experience as an artist in Japan, he feels that Japanese people tend not to buy arts for themselves compared to other developed countries.

“If there were more opportunities to see and buy art in Japan, people might buy pieces more. I want them to think about how wonderful it is to have a piece of art in your home,” Shinya said.

Once in a while, Shinya gets calls from people who bought his art and they ask him about new paintings and exhibitions, or sometimes neighbors come to buy his paintings.

His friendly personality and beautiful paintings always gather people. “I want to paint what is beautiful in my daily life and I am glad if someone think the same way with me and buy it for them,” Shinya charged.