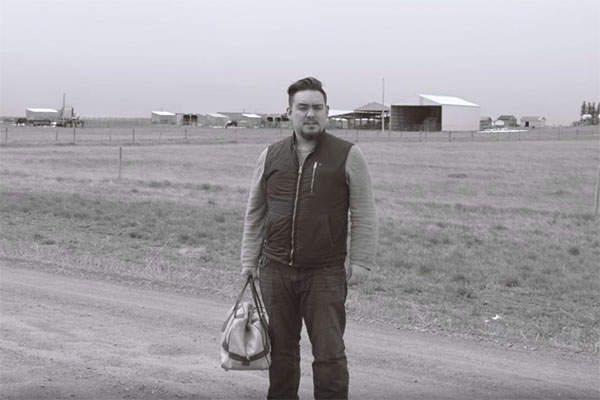 LETHBRIDGE — Yonsei filmmaker Kynan Gordon is exploring the unique story of the Japanese Canadians in Lethbridge and Southern Alberta, looking at the community’s past, present and future.

Gordon is producing a new documentary, called The Nikkei Way, dives into the history of Japanese Canadians. It also explores how the community is now ingrained and influences the wider Lethbridge community, through culture and arts. 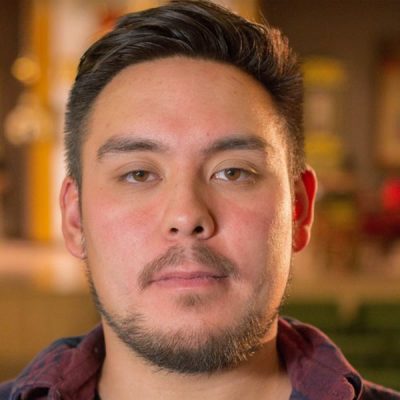 Filmmaker Kynan Gordon will be creating a documentary about the Japanese Canadian community in Lethbridge called The Nikkei Way. Photo courtesy: STORYHIVE.

“I grew up on all the stories and the histories, both from the family and family friends. I thought it was truly amazing, and I wanted to tell this story in a creative way,” Gordon tells Nikkei Voice in a phone interview.

Gordon, who is Japanese and Métis Canadian, grew up in Lethbridge. His great grandfather immigrated from Japan to Vancouver.

He settled in Southern Alberta and starting a farm on Milk River Ridge, where he raised his family of nine children in a two bedroom house, says Gordon. Eventually the family moved to Lethbridge. Gordon grew up learning about Japanese language and culture from his mother, and he has served on the board of the Nikkei Cultural Society of Lethbridge and Buddhist Temple of Southern Alberta.

Gordon’s documentary was selected to receive $50,000 in production funding from Telus Storyhive in July. Storyhive, with support and funding from the National Screen Institute, has been supporting filmmakers and productions through funding and mentorship programs since 2013. Receiving the grant was very humbling, but now he’s ready to work hard and create a documentary with his teammate, Arjan Gill, also from Alberta, who will be the film’s director.

“[The grant] means there’s going to be a long journey and a lot of hard work, but also means that we get to create a one-of-a-kind project, and show the world stories that have never been told before, in a unique manner,” he says.

Last year, Gordon and Gill created the short film, a drama called He Shall Pay, which was also funded by Storyhive in the 2018 Indigenous Edition. The two also worked on a short documentary called Arigato, about Japanese Canadian George Takashima who lived through the internment camps and now leads the Ghost Town Bus Tours.

Nearly 400 applicants from British Columbia and Alberta applied to Storyhive’s Documentary Edition with their pitches for films focusing on different aspects of Western Canadian culture, history and life. Gordon’s documentary was one of just 30 chosen.

Kristy Assu, a project manager for the documentary edition at Storyhive, was one of the people who went through all of the documentary applications. Assu says they looked for stories from diverse backgrounds, covering different aspects of life in Western Canada. Gordon’s film stood out because of its distinct voice.

“This one was always one that stood out for us, in terms of the team, we knew that they could do it. He had a strong pitch and was very clear on what he wanted to do,” says Assu.

While Storyhive provides the funding for documentaries, it also supports the filmmakers through other aspects of filmmaking. Filmmakers are partnered with a mentor who is established in filmmaking, attend a workshop to network with the other documentary winners and attend seminars to learn about the business end of filmmaking, to create a well-rounded experience. A unique program, nothing like Storyhive was around when she was starting off as a filmmaker about 14 years ago, says Assu.

Last year some great documentaries came out of Storyhive’s documentary edition, says Assu. She hopes this year’s crop of films can help Canadians understand more about their history, from health to community to environmental issues. While the documentaries focus on Western Canadian stories, the topics are important to Canadians in general.

“There’s such a diverse group of people and history and culture in Western Canada that hasn’t been really tapped into,” says Assu. “We just want to really shine a light on local people and their stories and really get to what people are experiencing in Western Canada.” 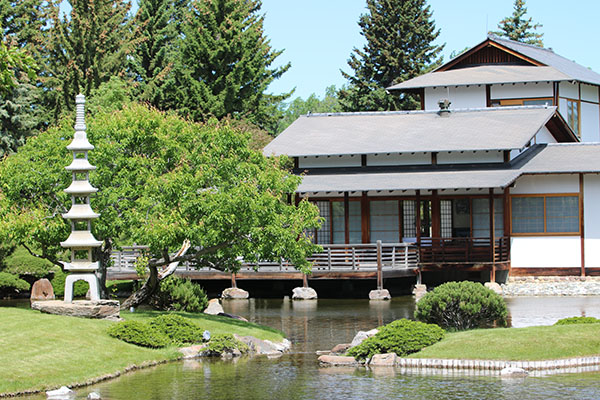 Nikka Yuko Japanese Gardens in Lethbridge is just one of the many ways that the Japanese Canadian community has become part of the broader Lethbridge community, says filmmaker Kynan Gordon. Photo courtesy: Artix Kreiger/Wikimedia Commons.

Diving into the rich history of Japanese Canadians in Lethbridge, apart from learning more about Nikkei history, Gordon hopes viewers, both Nikkei and the wider Canadian public can connect to this story, either by sympathizing and understanding, or by their own similar experiences.

“One of the things we want to focus on is the emotion that comes from a film like this. Everyone knows hardship, and there’s that emotional connection you can have with anyone,” says Gordon.

Look for The Nikkei Way, which is set to release with the other 29 documentaries in the summer of 2020. For more information visit: www.storyhive.com.