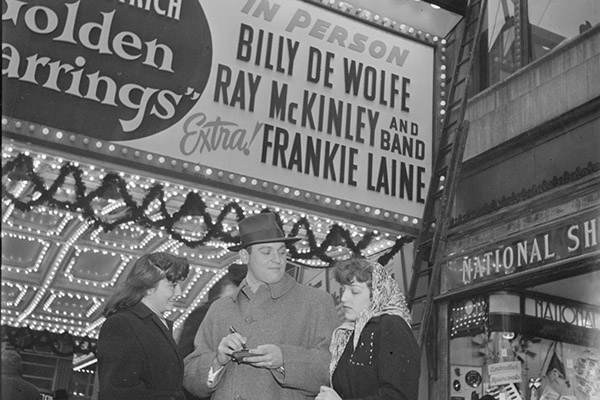 Sorry that my column was not in the April issue. I was a bit under the weather and not up to producing it.

But I’ve recovered so here goes—the third and final column about my two years in Winnipeg, while working at The New Canadian for the third time. I’m grateful to have a working memory at my age.

I ended my March column I recalled a fellow passenger on the Portage Avenue streetcar who almost got frostbite on his ear. On that chilly winter night, the kind and quick-thinking conductor noticed and scooped up some snow from the streetcar steps and put it on the affected ear to prevent an injury.

I had gotten onto the streetcar to head for home after either playing basketball or attending a Japanese Canadian community event at—of all places—the YWCA. (Yes, the Young Women’s Christian Association). Most Japanese Canadian events at the time were held at the YWCA. That handy venue must have allowed postwar Japanese Canadians arrivals to host their get-togethers there.

As mentioned, winter in Winnipeg could be harsher than those in southeastern Canada. But summers in the Manitoba city were nice and pleasant. In the cold months, I played on one of the Nisei basketball teams. As the shortest guy on the team, which boasted impressive athletes like Tak Hirose (younger brother of community leader and Second World War veteran, Harold Hirose) my job was to be the dribbling guard, bringing the ball from our half of the court to the opponents’ half so the other guys on our team could score some points.

In warm weather, I usually played right field in the Japanese Canadian baseball league, during an era when southpaw hitters were so rare. At a local picnic, along with the usual races and other competitions, there was a ball throwing contest. As a right-fielder I must have developed my throwing ability because I think I won second prize with my good long toss. Imagine.

Back in my February column I mentioned I first heard and loved Frankie Laine’s hit song, That’s My Desire, during my stay in Winnipeg, at the Elmwood bungalow, home to The New Canadian, and where its editor, Kasey Oyama, his wife, Sachi, and their young son, Dennis, also lived.

As the assistant English editor and a bachelor, I had the bedroom next to theirs. Even then, in my 20s, I had developed the habit of staying awake until later than most people—to read, or to listen to the bedside radio, where jazz could sometimes be heard. I should mention that back in the late 1940s, Winnipeg was not into jazz or swing like other Canadian cities.

One interesting experience was when Norman Granz’s Jazz at the Philharmonic (JATP) tour came to the Manitoba capital. Being a jazz addict since my Vancouver days, I went to the concert and enjoyed hearing the visiting stars. But the audience was small because it was one of JATP’s earliest appearances in Canada.

After the concert, a few of us hung around the stage. Then Granz brought out a couple of his star musicians from the dressing room to chat with us. One of them was saxophone player Willie Smith which was a true excitement for me. I had first seen and heard him at Vancouver’s Beacon Theatre in 1940 or 1941, when Jimmie Lunceford’s jazz orchestra played after a movie, and caught a newcomer to the music like me in a delightful spell.

During my 1946-48 stay, I discovered through my radio that a Chicago station could be heard near midnight in Winnipeg and often included jazz broadcasts. As mentioned, my bedroom was next to the Oyama’s so I had to keep my late-night radio listening down to a whisper to not disturb them. Good thing my hearing was 100 per cent back then, so even with the radio low I could still hear Frankie Laine and others from Chicago.

To me, That’s My Desire was an unusual pop song. Not just because of the tune or Laine’s way of performing it, but because the words were deliberately quite unusual for a love song.

To give you a reminder, he sings, “To spend one night with you in our old rendezvous, and reminisce with you, that’s my desire…”

Thinking of other pop songs with quite different lyrics, one that comes to my mind right away is an  American pop hit I learned back in my berry picking days.

It was in the summer of 1939 or 1940, when my good friend, also from Kitsilano, Joe Isamu Nakamura, and I were both at the Yamamoto berry farm at Mount Lehman in the Fraser Valley. Like me, Joe loved pop songs. Having a radio before I did, he occasionally taught me a good new song. What caught his fancy that summer was ’Tis Autumn, which I learned from Joe and we would sing while picking berries side-by-side or relaxing after supper as we wandered the country neighbourhood. Yes, we would sing ’Tis Autumn in June and July, we just couldn’t wait for fall to arrive. The unusual lyrics provided the magic of this song, too. It went like this:

“Old Father Time checked, so there’d be no doubt, called on the North Wind to come on out, then cupped his hands so proudly to shout, la-di-dah-did-dah-di dum,’ Tis Autumn.

The trees say they’re tired they’ve bourne too much fruit, charmed all the wayside there’s no dispute, now shedding leaves, they don’t give a hoot

Being involved in the national judo competition in Canada during and after the Second World War, I visited Winnipeg again in 1959 when the first official Canadian judo championships was held there. I headed off from Toronto to MC the first judo tournament.

It was good to see so many Winnipeggers again like Harold Hirose and Elmer Oike, who had also volunteered for the Canadian Army in 1945, when the ban against Japanese Canadians enlisting was lifted. The Manitoban volunteers were rushed overseas because the British Forces in Southeast Asia were in need of interpreter-translators to deal with Japanese PoWs and captured enemy documents.

The much more personal connection I had with Winnipeg was with the Winnipeg Free Press, the respected daily newspaper, edited by John Dafoe.

In 1987, one of the editors who knew me from our Montreal Star days, asked me to write a commentary on the Japanese Canadian redress campaign. I wrote my commentary and it was published in the Winnipeg Free Press. To give you an idea of what I used to make the case for the much-needed redress, here is an extract Roy Miki and Cassandra Kobayashi included in their excellent 1991 book, Justice In Our Time: The Japanese Canadian Redress Settlement.

“A sense of incompleteness gnaws at me. I need to feel right about my country. I need this to happen while I am still around to appreciate it. What would finally ease the bitter memories and deep hurts that simmer inside me is for the government in Ottawa to take the high road in producing a Redress settlement. It should not only satisfy Japanese Canadians but also assure all Canadians that, despite temporary aberrations, our country guarantees that the rights and privileges of citizenship cannot be taken away, for whatever reason.”

Thanks again Winnipeg Free Press for publishing that pro-Redress settlement opinion article of mine.

Naturally, I like to think that it may have contributed to the 1988 Redress campaign success. Meanwhile, I have kept a special feeling for Winnipeg and the many good-thinking Japanese Canadians and other true Canadians whom I have been fortunate enough to get to know there.

Thanks to you all.

Frankly Speaking: What is too much when in my 90s ‹ Nikkei Voice | The Japanese Canadian National Newspaper