From humble beginnings: Susan Harada hopes to inspire a new generation of journalists 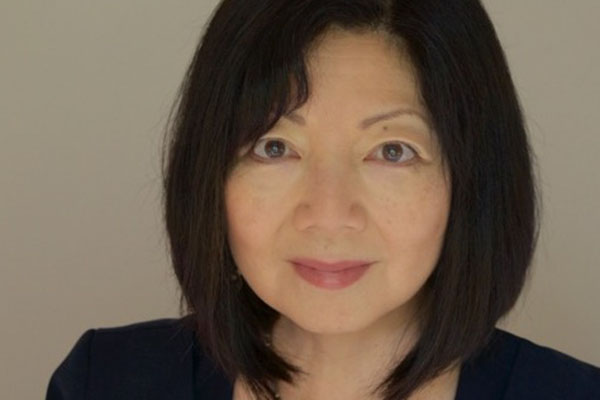 Susan Harada traveled the world with the CBC and the experience, she says, opened her eyes as a journalist. Photo courtesy: Carleton University

OTTAWA- In the first issue of Nikkei Voice, a budding young reporter just starting her career with the CBC was profiled. Her name: Susan Harada. Now, 30 years later she’s become the Associate Director of the School of Journalism and Communication at Carleton University and the head of the school’s prestigious journalism program, Harada inspiring new generations of journalists to search out stories.

Harada is a seasoned journalist having covered a range of stories for The Journal and The National, the broadcaster’s flagship programs. Her work at the broadcaster even had her sitting at the head desk filling in as host, at both programs.

Peter Mansbridge, who Harada occasionally filled in for as anchor for CBC’s The National, has described her as a dedicated and courageous journalist from the start.

“I was younger and working with some incredibly accomplished people,” Susan Harada tells Nikkei Voice. “Sitting in the chair that Peter Mansbridge filled on a nightly basis was incredibly intimidating, but everyone was really supportive”

Her work with the CBC also had her traveling around the world to produce documentaries, which she says is her true passion.

“The stories that I enjoyed covering the most were the stories that I did for The Journal because they were documentaries. So, it meant that I was able to spend a lot of time on the ground researching, talking to people, and then I had more time to actually do a story,” Harada says. “Those [stories] were the most satisfying.”

Harada worked on a wide range of assignments that she was able to fully submerge herself in stories from the legacy of Marcos in the Philippines, the Somalia Affair, the Peruvian cocaine trade, to stories about Gallaudet and deaf culture in the U.S.

“I was able to get immersed in someone else’s story and to do stories that would in the end appeal to the audience because they could connect to the people in the story, to the policy issues being explored in the story,” Harada says. “Those ones were always my favourite.”

Although Harada is no longer producing features for Canada’s premier broadcaster, she says that she says that the documentary format is still relevant in our mobile-driven lives.

“Even though we talk about how everything is sped up and people are just reading headlines on their mobile phones, there’s actually quite a market still for documentaries. Canadian news and current affairs has always had a really strong documentary sector,” she says.

Harada’s career didn’t begin with an international focus, but a local one. She moved to Northern Ontario as a reporter before going onto Toronto and then Ottawa with the CBC.

She’s grateful for the experiences she had working with small news organizations far north in the province and says that journalists need to be willing to going anywhere to chase and develop a story.

“You have to be open to going anywhere to get a start and to get experience,” she says.

Her work with the CBC has also taken her to Barrie, Toronto and Ottawa, and eventually leading to international postings in London, Peru, Rwanda, and Los Angeles.

Harada says that these experiences have broadened her perspective personally and professionally as a reporter, allowing her to see different sides of every story, and create more compelling work.

“I think journalists need to have perspective and you widen your horizons. It certainly did for me,” Harada says. “It was an eye opener to go live and work in other places in this province, and later when I created documentaries, being able to travel to other parts of Canada and around the world, broadens the perspective and it helps your journalism, it certainly helped mine.”

As a Japanese Canadian, Harada’s perspective is different than reporters like Wendy Mesley or Peter Mansbridge.

She says she’s slowly seeing more diverse students graduating from Carleton with journalism degrees and that this will benefit all Canadians.

While nearly 1 out of 5 Canadians self-identify as a visible minority, a 2004 study of Canada’s private television stations by the Canadian Association of Broadcasters found that only 12.4 per cent of anchors and hosts of English-language news are visible minorities.

“The more perspectives you have telling stories of Canadians, our population is more diverse, the stronger we all become, the better the stories are, the more accurate they are, the more sensitive, the more thoughtful they are,” Harada says.

Despite a long and successful career in journalism and academics, Harada is still humbled by the opportunities she has had available to her with the CBC. “I keep saying that I feel I was incredibly lucky, I do!” she says.