From Kyoto via Copenhagen with love 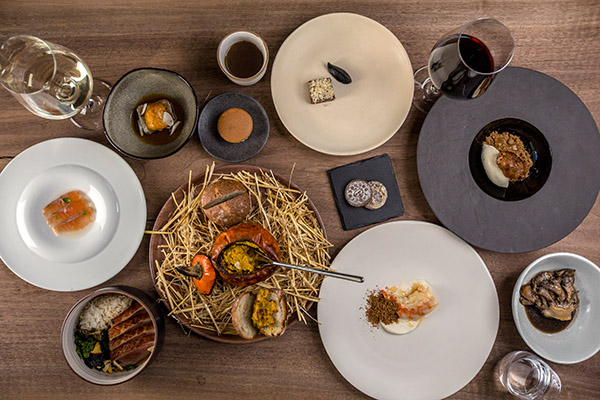 THORNHILL — Don’t turn to your Japanese-English dictionaries in search of the word “Frilu.” It is short for “friluftsliv,” which translates literally to “free-air living,” a term popularized in the 1850s by Norwegian playwright, Henrik Ibsen, to describe the value of spending time in nature for spiritual and physical well-being.

It is also the name of an extraordinary new fine dining restaurant in the historic Thornhill Village, on the northern edge of Toronto.

Frilu is the brainchild of executive chef and owner John-Vincent Troiano, who worked at Toronto’s sublime Kaiseki Yu-zen Hashimoto restaurant for three years before interning at Copenhagen’s Noma, widely considered one of the world’s finest restaurants. Using Canadian ingredients, Troiano and head chef, So Sakata, deftly blend these diverse culinary traditions into something quite unique and indubitably Canadian. 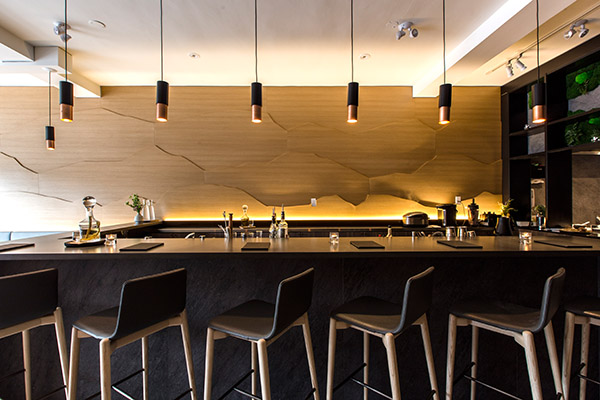 The restaurant opened in June to rave reviews, including a four-star review from the Toronto Star, and continues to grow in popularity as curious and adventurous gourmands find their way to the warmth of its artfully spare interior. The kaiseki influences are most pronounced as 10 meticulously executed courses come to your table in pottery bowls reflecting the Japanese-aesthetic of muted asymmetrical beauty. 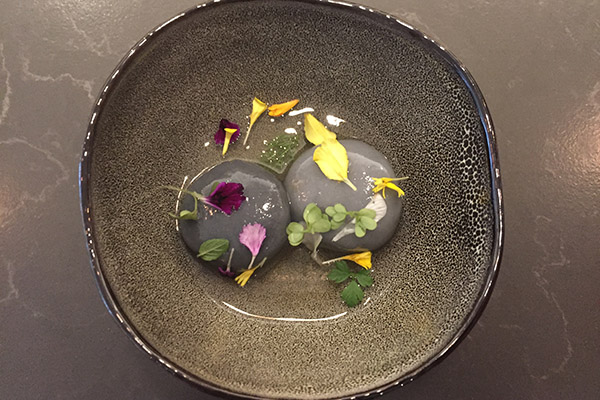 Food is presented with wit and understatement. “River Stones,”  are two mochi-like dumplings filled with a creamy carrot purée and darkened with carbonized coconut husks, arranged to resemble wet, dark cobbles littered with leaves after a spring rain. 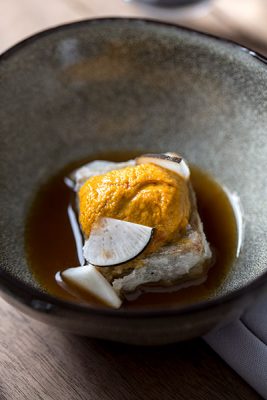 The new autumn menu, “Harvest Moon, Changing Leaves,” takes as one of its main themes, the balanced relationship between land and water. “Ground and Sea” is a play on traditional agedashi-dofu that substitutes tofu with gobo (burdock root) swimming in an umami-rich chicken jus. The gobo has been cooked to the soft texture of tofu, then deep-fried for extra texture. Creamy yellow-orange lobes of uni (Vancouver sea urchin) lend the earthy gobo a delicate briny sweetness.

Other autumnal offerings include: minutely marbled deer tongue, roasted and topped with hazelnut shavings and a smoky onion and anchovy purée; a pumpkin stuffed with rich bone-marrow soufflé and served with house-made pumpkin seed bread; a generous Hen of the Woods mushroom, grilled over Japanese binchotan charcoal and brushed with fermented mushroom paste and bread miso. With “Great Lake Trout,” Troiano mimics the Japanese  process  of  curing  fish  between  two  pieces  of  seaweed but instead ages it between  slices  of  prosciutto,  resulting  in  a  decadently  salty,  fatty  fish,  bathing  in  a sake broth.

Executive chef, John-Vincent Troiano sat down with Nikkei Voice to talk about Frilu. 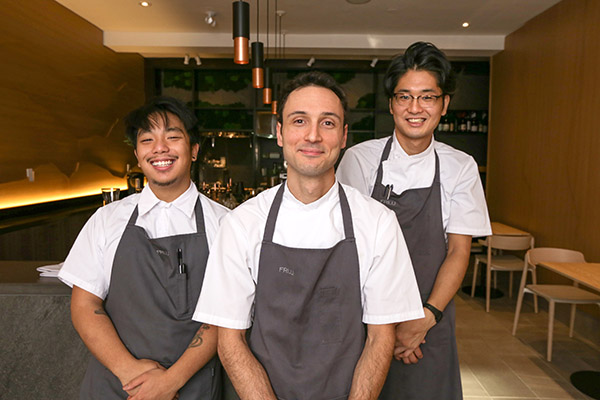 NV: What spurred your interest in kaiseki?

JVT: When I was about 10 years old, I began watching Japanese anime and that is where my interest started. As I dove deeper into Japan, and got into cooking, I knew about sushi and ramen but I wanted to know what was Japanese haute cuisine.

That is how I came across kaiseki. When I was at college and culinary school I found out about Mr. Hashimoto’s restaurant. I would save all my money and go every one or two months to eat and to beg Hashimoto-san to let me learn from him. At first he told me to go to Japan but eventually he saw my enthusiasm, took me under his wing and let me be part of the opening of his new restaurant at the JCCC. 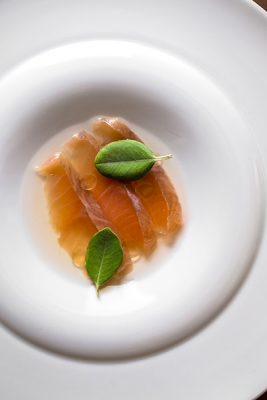 NV: What made you connect Japanese and Scandinavian style cuisines?

JVT: There are similarities between the two, in that they are both minimalistic, simple and attuned to the seasons. They both also use a lot of seafood but the tastes are quite different. I think Japanese cuisine has deeper roots in a traditional sense but Scandinavia has its own principles and outlooks on food.

I never really planned for it to happen; the two just came together naturally. I think you get that feeling when you come to the dining room, with its light woods, moss and stones. It is a very quiet, zen feeling that is very true to both Japanese and Scandinavian aesthetics.

NV: What is the place of Frilu in the evolution of Canadian cuisine?

JVT: About 95 per cent of our ingredients come from the Canadian region; we stay true to Canada in terms of “eating local” and respecting our seasonality. Because Canada is so multicultural, we take those diverse influences—mainly Japanese and other Asian [cultures] in terms of style, technique and flavour profiles—and combine them to create a unique experience for diners.

Over the year, Frilu offers four season-specific course menus. The quietly attentive service is impeccable and can provide curated wine and sake pairings. Also true to the kaiseki tradition is the desire to make every bite different from the last and to treat each dish as a miniature work of art.

The goal is not to send you waddling out into the night uncomfortable and over-stuffed, but rather, to leave with every sense satisfied and every taste bud stimulated.  At $95 for the full 10-course tasting menu, Frilu is not an inexpensive evening, but it is certainly an unforgettable one.