Getting to know Orange is The New Black’s Kimiko Glenn 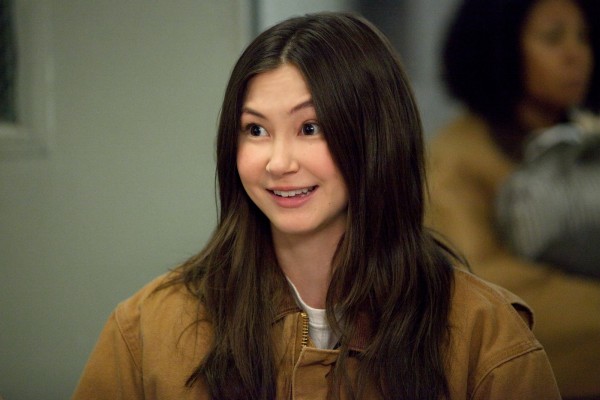 While breaking into the entertainment business, actress Kimiko Glenn faced some trials and tribulations almost as impenetrable as the walls of Litchfield prison.

For Brook Soso, the character Glenn plays on the hit television show Orange is the New Black, it didn’t take her character very long to realize that she doesn’t really fit in.

In the popular Netflix exclusive series, Litchfield prison is racially divided and Glenn plays the only Japanese-American inmate in a social dynamic that’s largely split between black and white.

In Glenn’s acting career, ‘fitting in’ as a Japanese-American actress has also been challenging.

“It’s hard not to get discouraged about that sort of thing and it’s sort of a daily struggle for me,” she said.

While trying to get roles in the acting business can be a daunting task for anyone, it’s amplified when Glenn is often type-cast for ‘smart Asian’ or quirky sidekick roles.

One thing that Glenn is particularly thankful for regarding Orange is the New Black, is the show’s highly diverse cast that’s highlighted by women with all sorts of body types and nationalities.

This gave Glenn the chance to shine as Brook Soso, a character that isn’t stereotypical in the least and is uniquely hers.

She said that being on Orange is the New Black has opened a lot of doors for her and for other actresses with diverse ethnicities that at times struggled to find their way in the world of film and television.

“People have their own idea about Hollywood beauty and I think that’s why this show is so cool, because it’s bringing all of these actors, who are awesome actors and finally is giving them a chance.“

In 2011, Glenn did a diversity showcase with ABC TV Network before she auditioned for her biggest role yet, playing the prison’s most talkative inmate. “I think that was a big confidence builder for me,” she said.

“It really helped give me that confidence that people are trying and everyone is aware of this issue and we were given this opportunity that the majority was not.”

Growing up, Glenn and her mother, Sumiko, used to go to Japan every summer; an experience that she said helped her learn more about herself and her heritage.

“I think that was pretty important, because sometimes you don’t have that opportunity to learn about your background,” she said.

During her trip, she was amazed by the work ethic she saw in Japan’s people.

“It was beautiful and the innate respect that everyone has for each other was a beautiful thing to see,” Glenn said.

Glenn is half Japanese, with her father’s side being Scottish, Irish and German. 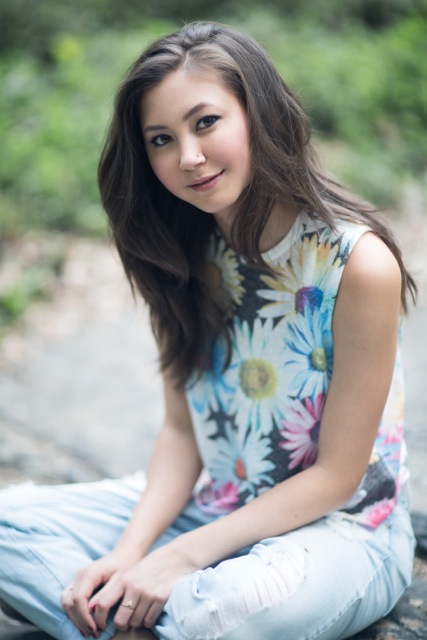 She still remembers the day when she discovered that she had a shot at being cast for Orange is the New Black.

At the time, Glenn was just a fan.

In the midst of watching the show’s first season, she opened up an email, which had an appointment for an audition with the show.

After getting over the initial disbelief, “Then I was like oh, okay, I have to get this because I was in the middle of watching it and I was like, ‘This is an awesome show.’”

She studied all night, memorized pages of dialogue and the next day, “Did her thing.”

Glenn said that after the audition, Jen Euston, the show’s casting director, seemed excited as she left and told her she did a great job.

She thought that maybe Euston was just being polite and that she probably told all of the other people who auditioned that.

The next day, she got a phone call from her agent, who told her that the part was hers. No call back required.

“I got the call and I was thrilled. I was so busy, I kind of jumped up and down and right away the wardrobe people called me, I talked to them and then I immediately was on-set the next day,” Glenn said.

At the time, Glenn didn’t know how big her role was going to be within the show, or how being on the series would impact her life.

She said that being on the show has changed her life for the better in so many ways.

“I feel like it’s good to have the recognition and people know your work, especially when you’re in this business, it’s tough to get your foot in the door.”

She said that being on the show has helped her confidence when she goes into other auditions and has made getting offers for new roles much easier.

Describing how the character that she plays differs from her personality, she said, “I think Brook is an intense version of me, she’s definitely more outgoing. I’m pretty shy in life, so in a lot of ways I admire her for her talkative nature.”

She also said that she agrees with Brook on a lot of her fights and struggles within the show.

“I think we’d have a lot of similar issues if I were to be in prison. But she’s a lot more intense and a go getter than I am.”

When she’s not on set, she said that she likes to get involved with anything remotely artistic, she sketches sometimes, paints a little and plays the guitar.

She added that she loves doing anything outdoors, like hiking.

While this can be a little bit hard living in New York City, she likes to, “Be creative and hopefully escape.”

But at the same time, she has another goal that’s in the back of her mind.

“I would love to be able to do Broadway shows. A huge goal of mine has always been to be on Broadway and I think that would be awesome.”

Glenn said that she’s still getting used to all of the new attention she’s been receiving since season two of the show was released in June.

“Fans coming up to me, it’s a really nice reassurance that I’m on the right path and everyone is just so sweet,” she said.


“Huge Goal” of hers is about to be fulfilled! Kimiko Glenn is playing Dawn in “Waitress” composed by Sara Bareilles on Broadway next spring.