Hafu face a globalized challenge as ideas of nationality, identity, and race change 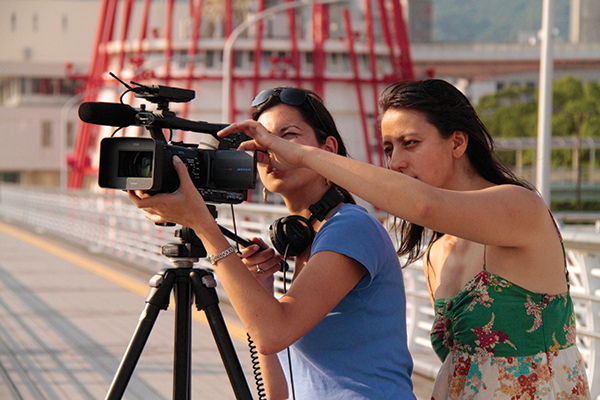 My name is Lara Pérez-Takagi, I hyphenate my father and mothers last names to show that I share a Spanish and Japanese background.

I was born in Japan and have grown up in the US, Canada, Spain, Australia and Japan. I consider myself Spanish, Japanese and hafu.

Currently I am touring my latest co-production, the documentary film “HAFU”- about the mixed race experience in modern day Japan (www.hafufilm.com).

Megumi Nishikura and myself decided to embark on the production of this film during our first meeting in 2009 with Marcia Yumi Lise and Natalie Maya Willer of The Hafu Japanese Project (www.hafujapanese.org).

When I decided to move to Japan in 2004, I was excited about reconnecting and immersing myself into a Japanese lifestyle. Growing up, I only visited Japan during the summers every two years. To keep up with my language skills, I attended Japanese Saturday school, read manga and watched lots of anime and Japanese television shows.

It was because of how enlightened I felt when I met other hafu like myself,  that I decided to want to make this film. When I exchanged experiences with people and found so many immediate commonalities, it was a new very exciting experience for me. I finally found myself in a place where I didn’t feel so different.

In Spain I always felt like an outsider due to my upbringing in North America and Japanese culture at home, and in Japan, for obvious reasons (my phenotype and basic language skills) I would remind everyone that I was an outsider.

The Hafu Japanese Project – a photographic and research-based project offered a place for other hafus to interact and connect.

When I was trying to promote my first film Madrid x Tokyo,  a film about cross culture, exploration, values and life in two cities I consider my home), I came across an article in the Japan Times about  them, and curious about their photography-interview project, I contacted Marcia and Natalie to take part and offer collaborative filming skills.

When we were researching on how to approach the structure of the stories we were going to portray in the film, we counted on Marcia Yumi Lise’s advice. Based on the research she had conducted over the years, we carefully considered the types of mixes and experiences that we wanted to include. There were several facts that I learnt as we started. Nobody had professionally made a documentary about being a hafu in Japan in the past 30 years. Anything that had been created was outdated.

The common image of hafu in Japan is that they are mixed with caucasian, model beautiful, come from rich families and are bilingual. But this is far from the truth. There are many hafu celebrities on television, but we know hardly nothing about their background or upbringing.

According the Ministry of Health, Labour and Welfare, the largest numbers of international marriages in Japan are between Japanese men and Chinese, Philippine, and Korean women (in that order). More than 75% of international marriages are between Asian and Japanese nationals. Also, as much as we would like to know how many hafus live in Japan, Japan has never radicalized it’s population, instead they collect data based on nationality, so we can only calculate that 1 in 49 babies today is born to a couple with at least one foreign parent.

In this film, we wanted to show different racial mixes, age groups, perspectives (people who grew up in Japan versus people who grew up outside), educational systems (international school versus Japanese school) and locations to see how all of these factors influenced our participants lives.

David and Fusae were introduced to us by Marcia as part of her research. Ed approached us and proposed to be part of the film. We met Sophia after she had responded to a posting on our website looking for hafus who grew up outside of Japan. We found the Oi Famliy through a international parenting group to feature a family going through the challenges and joys of raising multicultural children.

Among these many factors, appearance seems to play the biggest role in determining one’s life experience as a hafu.  We are often made aware of our difference because of the “non-Japanese” physical features. On the contrary, hafus who are not visibly different are less identified to being different unless they are vocal about it like Fusae.

During our three year production following our participants throughout a year in their lives, many people from all around the world offered to help us make the film. We had musicians, score composers, editors, transcribers, graphic designers, motion graphics animators, fundraising event supporters, production assistants, subtitle translators, website designers, all people who wanted to help us finish this movie, because it was the film they wanted to watch as they were growing up, or because they felt like it was necessary for Japan today.

As we are entering a more and more global world, in a time where culture, nationality and identity are increasingly fluid and blurred, our goal is to create awareness of the diversity that exists in Japan, and also start a dialogue about what it means to be Japanese today. We need to start asking ourselves what changes are needed so that multiracial children can grow up with confidence rather than with the fear of being different.

We will be happy if our film can even make a small contribution towards that. 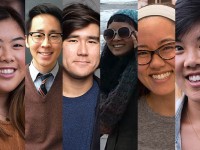