Hokuriku Shinkansen — A new JR Line with a lot of possibilities 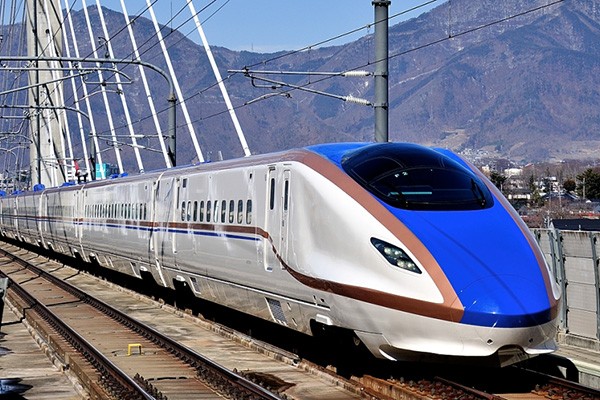 The Hokuriku Shinkansen line opened earlier this week and can take travellers from Tokyo to Kanazawa in 2 hours and 28 minutes shaving off nearly an hour and a half from previous lines.

Previously, the end of the shinkansen line West from Tokyo was Nagano city, which still left about 200 km of local train lines to Kanazawa. Now the new line goes directly into the heart of the Kanazawa via Iiyama st., Jyouetsu-myouko st., Itoigawa st., Kurobe-unadukionsen st., Toyama st. and Sinntakaoka st.

The new train reaches speeds of 260 km, which is actually a little slower than other shinkansen lines. In comparison, the Tokaido Shinkansen reaches 270 km at top speed even though it was made 50 years ago. So why is it slower? It’s not so much a matter of technology, but more about profit and loss.

Track maintenance, sound insulation, and so on all have to be taken into consideration when building a new line, but so too does the train’s value over local airlines.

The average cost of a ticket on the new line is about ¥12, 310 or $100 (USD) while the lowest price for a flight between Tokyo to Kanazawa was about ¥10,000 – 13,500, plus a 1100 for a bus ride into the city. The train ride and plane ride both take an average of about two hours, so the cost difference isn’t too extreme; however, for certain travellers time is money.

Except, business people aren’t exactly the target market here. With Golden Week coming up in May, Japanese families will be looking for an affordable get away and who doesn’t like to go on a new JR line?

And according to Development Bank of Japan, the number of annual visitor to Kanazawa will increase up to 30 per cent in sightseeing and up to 27 per cent in business with the opening of this new line. The prospect for overall economic growth in the area will be ¥12.4 billion or 102 million (USD), which will help revive local industry.

Shirakawa Village, for example, is a located in the northwestern part of Gifu Prefecture and is a popular sightseeing location and a registered as a cultural world heritage site. It’s a beautiful and cultural location with big houses. Tateyama Kurobe Alpen Route is a mountain sightseeing route that cuts across the Northern Alps in Japan. There you can enjoy gorgeous natural sights all year round, but the place is known for its snow corridor. Omi-cho Market in Kanazawa is a food market which has a history of about 280 years. There are 180 shops and each sells local and fresh vegetables, seafood and specialty products.

In Japan each season has a different colour and a different set of attractions, and with this new line it’s now easier for sightseers to visit Kanazawa.