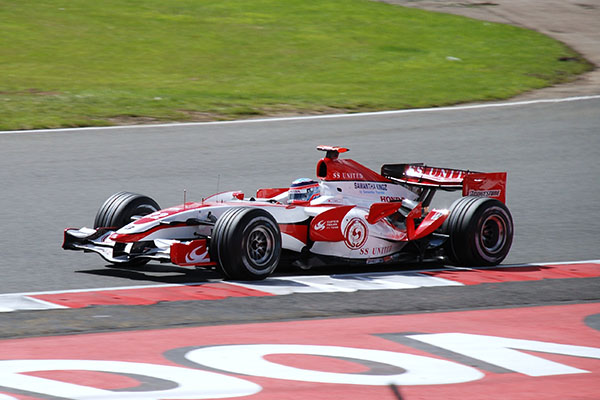 “Nothing specifically personal, but I am very uncomfortable with a Japanese driver winning the Indianapolis 500 during Memorial Day weekend,” Frei wrote on Twitter, May 28.

Frei had been named sportswriter of the year four times in Colorado and another three times in Oregon, as well as publishing numerous books. Sato won the 101st Indianapolis 500 race, becoming the first man from any Asian country to do so.

The final turn of the #Indy500 for champion @TakumaSatoRacer was exciting in English, wait until you hear the @gaora_motor broadcast… pic.twitter.com/azrMGwSV9Z

The Indy 500 race attracts race car drivers from around the world to compete 101 year-old and widely popular race.

Frei deleted the comment shortly afterwards, followed with a post stating, “I apologize” a view hours later on Sunday night. But at that point it was too late, the comment was seen by many people online, and sparked an angry backlash.

The Denver Post published an apology immediately after Frei on Sunday night, stating Frei’s views do not reflect that of the paper.

“We apologize for the disrespectful and unacceptable tweet that was sent by one of our reporters. Terry Frei is no longer an employee of The Denver Post. It’s our policy not to comment further on personnel issues,” they wrote.

“The tweet doesn’t represent what we believe nor what we stand for. We hope you will accept our profound apologies.”

Frei also released a longer apology, stating he was angry at himself for making a “stupid reference.” He wrote about his late father, a decorated Second World War veteran, who flew a fighter plane in the 26th Photo Squadron.

“I made a stupid reference, during an emotional weekend, to one of the nations that we fought in World War II — and, in this case, the specific one my father fought against. Again, I will say I’m sorry, I know better, and I’m angry at myself because there was no constructive purpose in saying it and I should not have said it,” he wrote.

There were enough of these comments that Andretti Autosport addressed them on May 31.

The team stood behind Sato, writing that they would not tolerate comments attacking Sato’s heritage, no matter the day.

“Like each of our fans, Takuma Sato is a patriot and is proud of his home country. Andretti Autosport is proud to have and race with a field of drivers from many different countries and walks of life,” the team wrote.

“America is a melting pot and we thrive because we look beyond our past differences and work together to build a better community, a better country and a better world.”

Sato has not yet made a comment on the Andretti Autosport statement or Frei.

One person wrote online, “We need to stand united against bigotry and xenophobia, in all its forms.”

While others wrote angrily to the Denver Post that his comments were ‘not that bad’ and termination was ‘too harsh’ a punishment for the mistake.

Another reader wrote, “Does a man who has represented your organization with such class for so long deserve grace for an admitted mistake?”

In a globalized world, a small, ignorant comment made with little foresight can reach a global audience in a matter of seconds and be immortalized for eternity online. While Frei may not have meant to be disrespectful, he ended his 30 year career at the Post for not thinking through his comment before he hit “send.”