Interview: Dancer brings performance back to Calgary after nation-wide tour 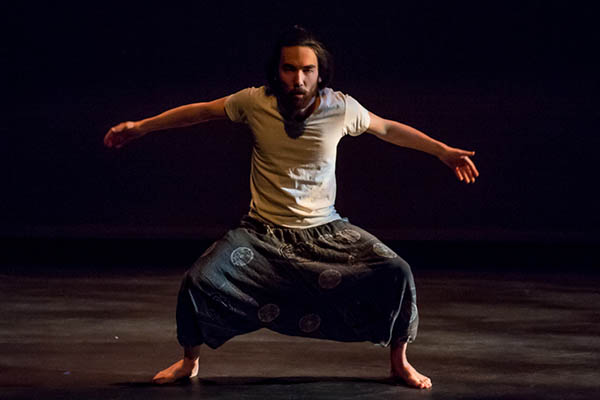 Mark Ikeda, 29, says ‘Sansei: The Storyteller’ grew through reconciling with him being a creation of the interment.

Dancer Mark Ikeda has reconciled with the fact that if the internment didn’t happen he wouldn’t exist today, and his latest performance grew out of this.

Sansei: The Storyteller is a one-man performance that has toured across the country, but now returns to the Calgary at the Birds & Stone Theatre from March 10 to 12.

We spoke with Ikeda ahead of his performance.

Nikkei Voice: Tell me a little about yourself? How did you get into dance and theatre?

Mark Ikeda: In the summer after graduating high school, I made a last minute decision to enter university for theatre. The University of Calgary was the only Western Canadian university I could find that was still accepting drama majors, so it was a bit of chance that brought me here. I became enamored with the One Yellow Rabbit – Calgary’s alternative theatre company, they specialize in physical theatre. After studying with OYR, it was a short jump to move into contemporary dance. I’ve always loved how movement takes me into other worlds, other possibilities – as the famous quote goes, “Movement never lies”.

NV: What spurred the idea of creating Sansei: The Storyteller?

MI: I took part in the first installment of Making Treaty 7 – a dramatic look into the historical climate and outcomes of the indigenous Canadians in Southern Alberta signing Treaty 7. During, and afterwards I was looking into my own history – all I ever knew about the Internment was footnotes in textbooks and a one-liner from my father who would say, “If that never happened, I wouldn’t be alive.” I started the performance through a 15 minute solo act in the Expanse Movement Festival in 2013. What began as an exploration in silver linings, quickly took a new turn into this idea of the internment.

NV: At the beginning of your solo show you hand audience members a piece of origami paper, what does this mean to the audience?

MI: One of the main reasons was due to the heavy content I was dealing with, I wanted to keep the tone positive and uplifting. The origami is a way to engage the audience, and take some of the veneer off the idea of performer as “in charge.” Another main reason was that I believe in welcoming the audience into meeting the art; this was a great starting point of gentle engagement and participation that would come in throughout the performance.

NV: The show is about exploring your past, what did you discover about yourself?

MI: Hmm interesting question – I think the most I’ve learned about myself is how many assumptions I have made before this project. I assumed some of my relatives wouldn’t want to talk about this history, I assumed there wasn’t much I could do to get to know them better, I assumed filling the stage for a 60-minute show would be fairly easy. I think a lot of the learning has been less about me than the circumstances around my family and cultural history; I am just the mouthpiece that is telling the story. 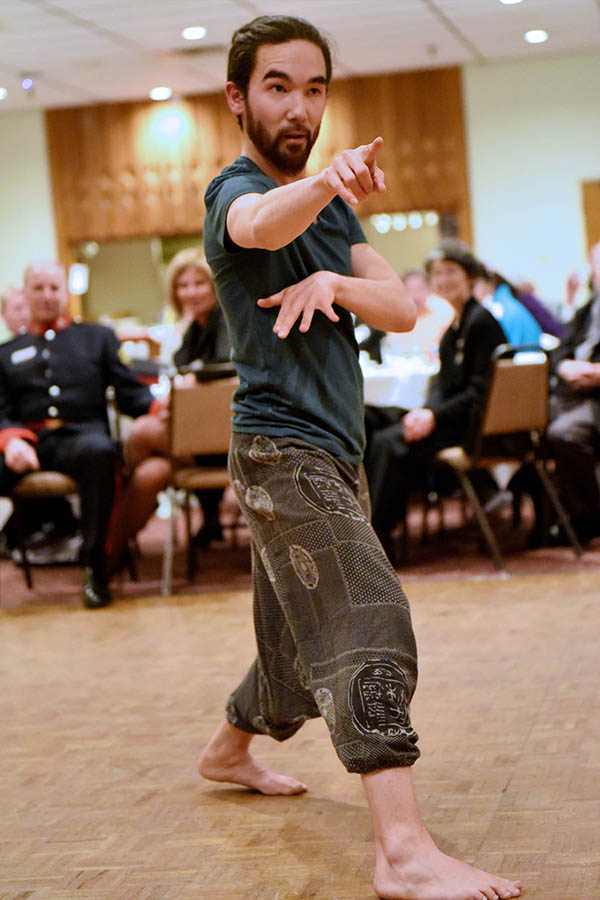 Ikeda has received great feedback from the community and beyond on his performance and presentation.

NV: What kinds of reactions have you received from audiences outside of the community?

MI: I received really encouraging feedback from the JC community, many elder members have told me they’re glad this story is being told in a way that can engage the younger generations. At first, I thought it was really a personal story that might not have a deep resonance with some audiences; however, it speaks again to how we all have stories to tell. We all know what it’s like to feel oppressed, to feel like an outsider, and to struggle against forces that are outside of our control, these themes are universal. Some stories have come to me after the performance either of the oppression other cultures have gone through, from German, Jewish, and Slavic cultures for example, or from those who have travelled to see other parts of this narrative, either the Nikkei Internment Memorial Centre in New Denver, or peace monuments in Hiroshima and Nagasaki. It’s really shown a stronger response that I had ever expected. One of my mentors Denise Clarke once told me you can sometimes measure the effectiveness of a performance piece by how many people need to make contact with you after the show – not sure to chat with in the lobby, but to physically touch or connect with you. Her theory is if you’ve really struck a chord and touched an audience member, they feel compelled to reciprocate – and I’ve now experienced this kind of need to connect from audience members after Sansei.

NV: What do you think is one of the most pressing concerns for the Sansei?

MI: Now I must confess I’m an exceptionally young Sansei. My grandfather came to Canada as a child – so he is technically first generation – and my father was born very late for a Nisei, and I was also born relatively late into his life. My understanding is that after the war, the majority of Nikkei efforts was concentrated on moving past it, to forget about the negative and move on. Many of my generation (now speaking about people under 30) have been lucky to have been shielded from much of the negativity and racism of the past, and now this history is the fascinating story that almost has an aura of secrecy. As the stories begin to come out they are so much more than we could ever imagine, so much bigger, grander than ourselves.

NV: What’s coming up next?

MI: This summer I’m planning another small tour through BC to some small towns to showcase the work – I’m really hoping to return to New Denver, and the Kaslo area among others. Next year will mark the 75th anniversary of the internment and I’d like to share this story with a few more places, getting into the school system is one of my goals for this piece, the National War Museum is another.