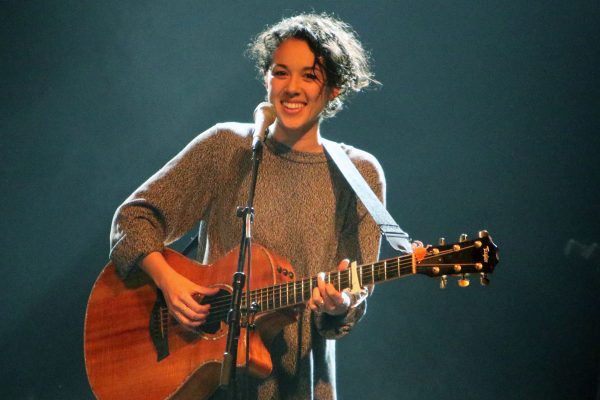 
After a scary experience in Jakarta, the singer makes her her return to the stage at the Mod Club in Toronto.

TORONTO — Kina Grannis stepped onto the stage at the Mod Club in Toronto and looked out onto the crowd before her. This was a sight she hadn’t seen for a long time.

It had been more than a year since Grannis performed and almost two years since she had been on a Canadian stage. It was an uncharacteristic disappearance, but she’s had far from a normal year.

During her Elements World Tour in Southeast Asia, Grannis came close to facing a five-year prison term after concert promoters failed to obtain appropriate work visas for her and her band. During a meet-and-greet with fans in Jakarta, Indonesia, which she often does after shows, immigration officers stormed the stage and confiscated the band’s passports and ordered them back to their hotel without explanation.

They were told that they had committed a crime punishable up to $35,000 and could face five years in prison each.

After promises of an imminent resolution became fleeting, Grannis and her band saw concert after concert being cancelled as the criminal investigation took its toll. It was a process that could take up to nine months.

Grannis built her career online, where she now has over 1.17 million followers on her YouTube channel and has taken part in many collaborations with various artists. She’s amassed almost 200 million views from all her videos since joining the website in November of 2007. Her first video “Message From Your Heart” propelled her career forward as it was a winning entry in the ‘2008 Doritos Crash the Super Bowl’ contest. She received a 60 second video spot during the Super Bowl and a record deal with Interscope Records soon followed.

Grannis has also stepped out of her comfort zone and to take a stab at acting, starring in an eight episode YouTube romantic comedy series called Single by 30. It debuted August 2016 and featured many other popular Japanese YouTube personalities such as Ryan Higa and Anna Akana.

It’s a sweet and enchanting series about a pact made by two seniors in high school, Joanna (Kina) and Peter (Harry Shum Jr.), to be each other’s backup plan and get married if they’re both single by 30. After losing touch over the years, the two friends reunite at Peter’s 30th birthday party and that’s where the fun begins. It was well received by critics earning an 8/10 on IMDB.com. The first episode is available free online, and the other seven episodes are available on paid streaming service, YouTube Red.

One week before Christmas that year, they had their day in court. After two days, the court found a verdict of “guilty beyond reasonable doubt” and a sentence of eight months probation and a fine was received. Fortunately, Grannis could serve the probation in the U.S. and after a long 100 days in Jakarta, they were finally heading home.

It felt as though this experience set the stage for her concert. Her husband Jesse Epstein who performs as “Imaginary Future” opened for her. Unlike her other performances, it was Grannis alone that stood on the stage, without a band. It was a more raw and visceral Grannis than her fans were used to seeing. With her enchanting voice, she spoke to the crowd as if they were having coffee together. It was her first and only concert she had promoted since Jakarta, so with a few forgotten words and chord progressions, the adoring fans still hung onto every note, embracing a Kina they haven`t seen before. 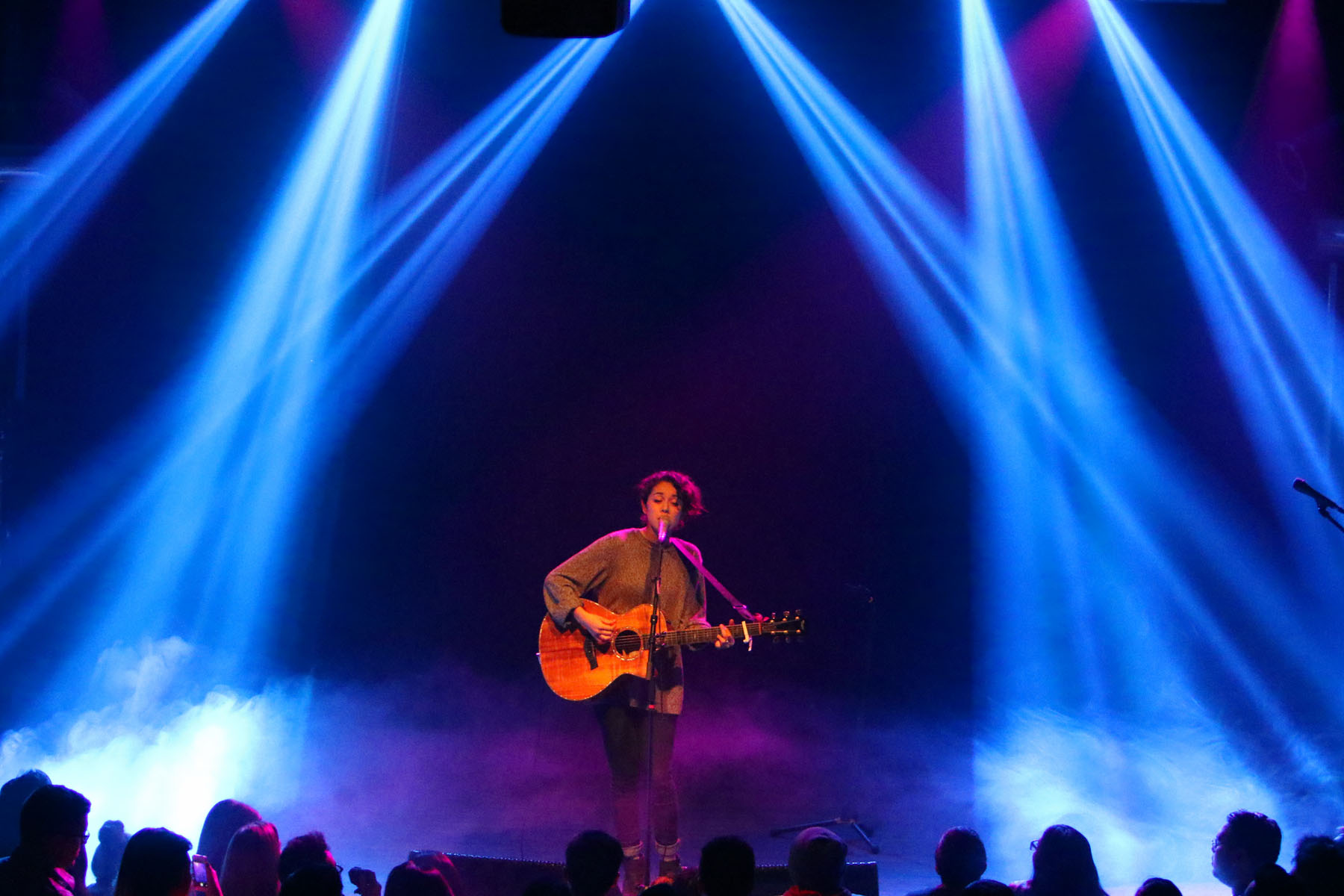 Kina Grannis graces Toronto stage
This was Grannis' first Canadian performance in almost two years and first performance anywhere in a year and a half at the Mod Club in Toronto on Jan. 28. Photo credit: Dr. Jonathan Eto 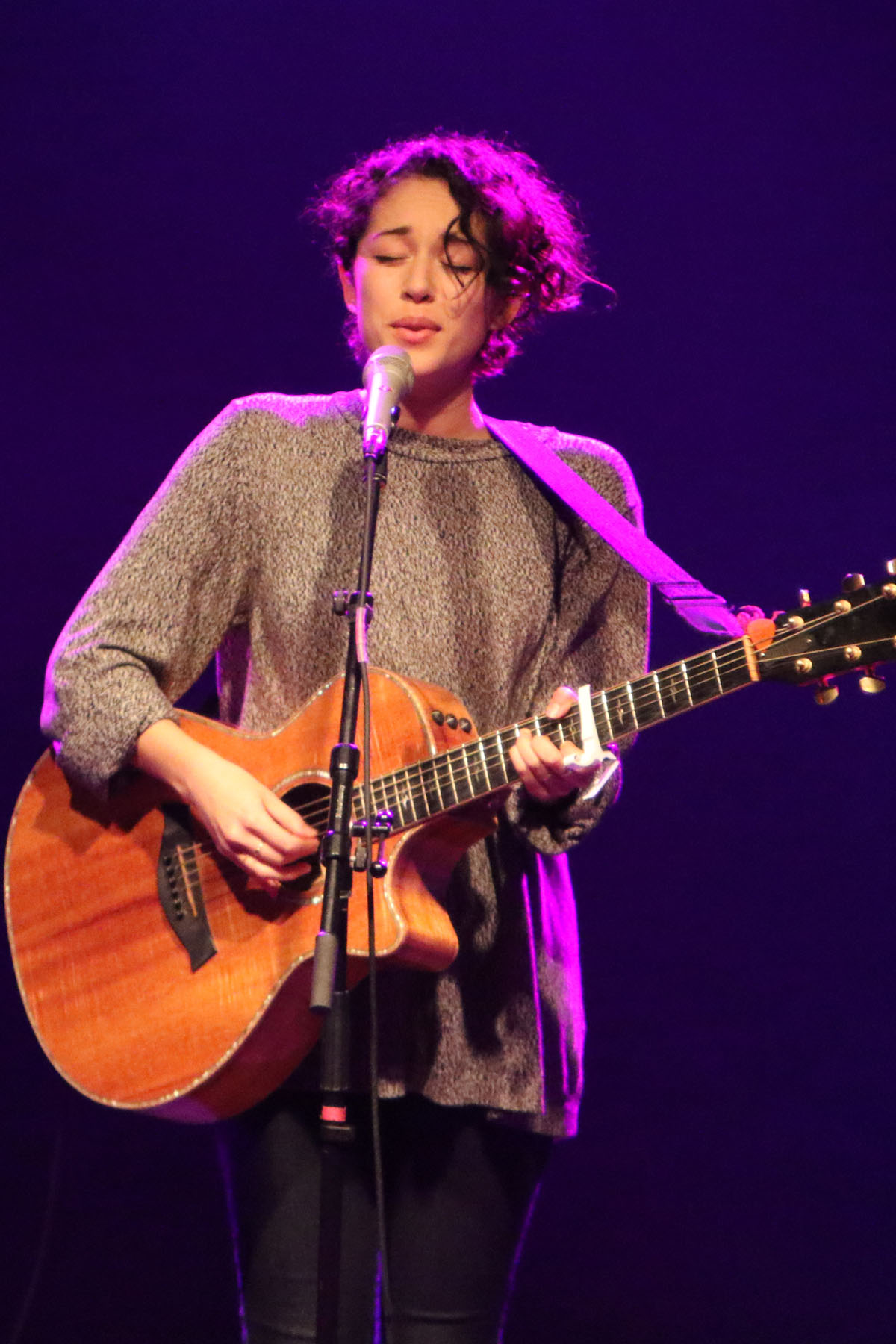 Kina Grannis graces Toronto stage
During Grannis' Elements World Tour leg in Southeast Asia she was close to facing a five-year prison sentence and a fine up to ,000. She found out the concert promoters in Jakarta had failed to obtain the proper work visa for her and her band. Photo credit: Dr. Jonathan Eto 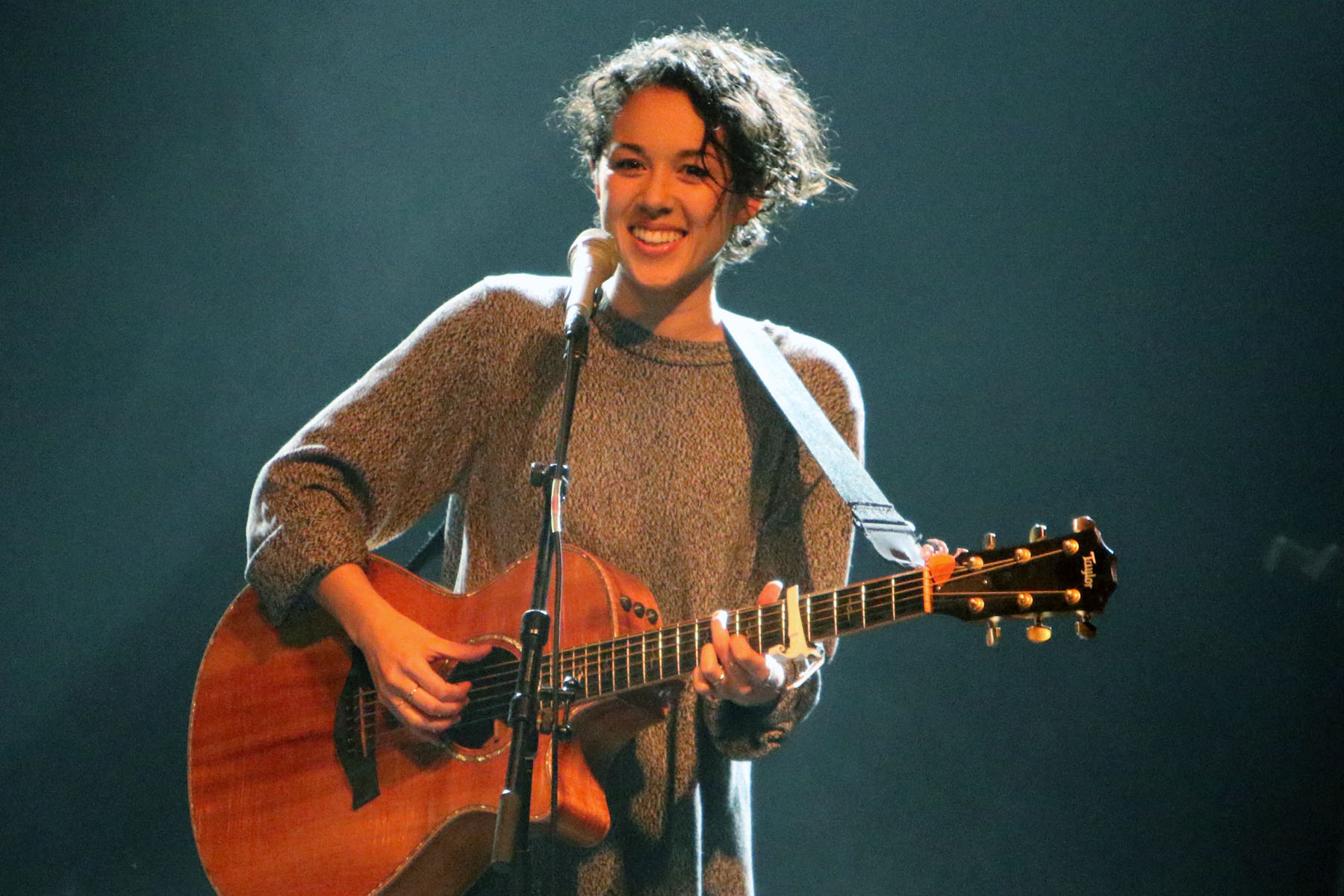 Kina Grannis graces Toronto stage
Immigration officers stormed the stage during Grannis' meet-and-greet, something she often does with fans, on the first show of her tour in in Southeast Asia. Officers took away Grannis and her bandmates' passports and escorted them back to their hotel. Photo credit: Dr. Jonathan Eto 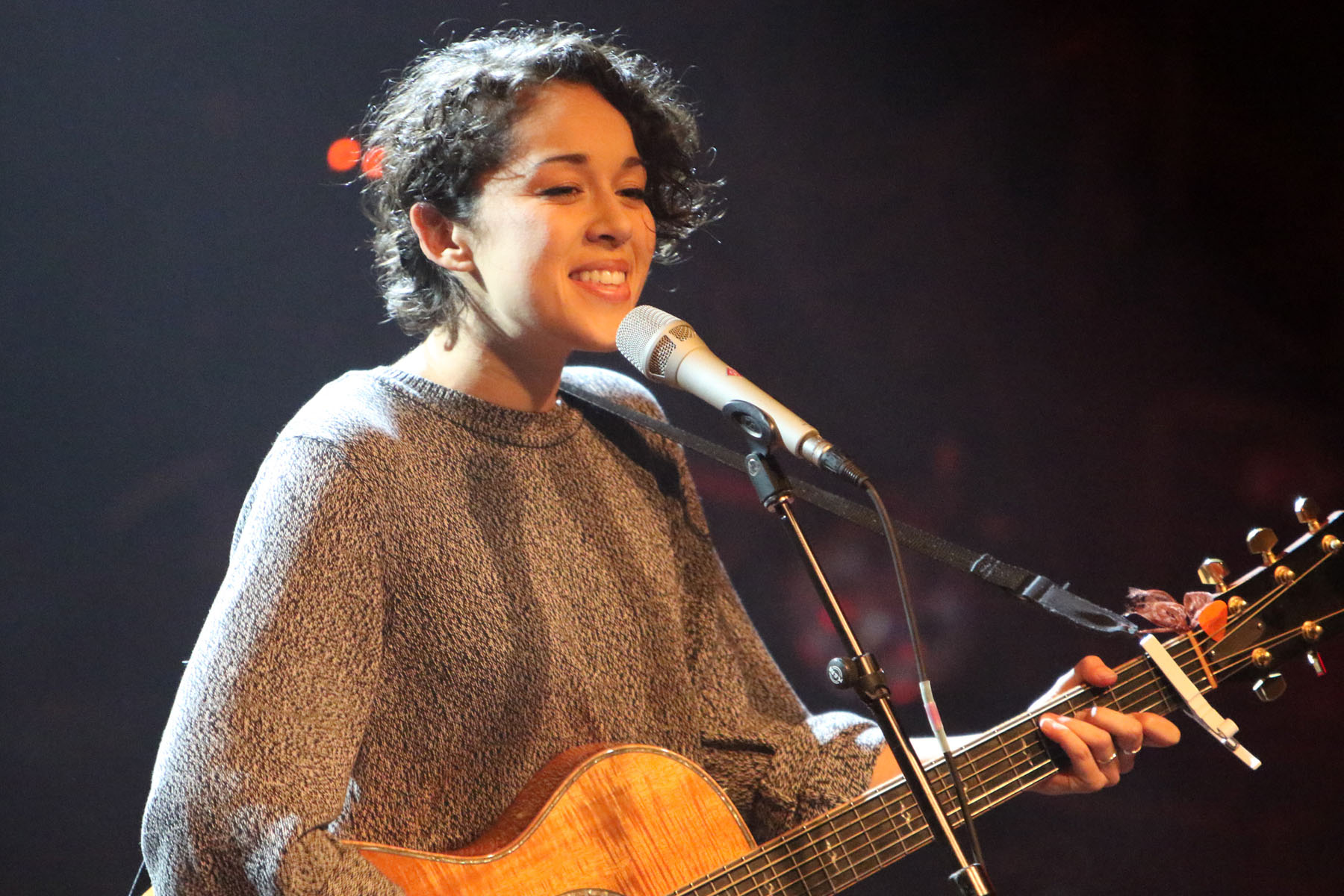 Kina Grannis graces Toronto stage
After 100 days in Jakarta, Grannis and her bandmates saw their day in court, where they were found guilty, receiving a sentence of eight months probation and a fine. Luckily the group were able to serve their probation in the U.S., and after a long 100 days in Jakarta, they could finally go home. Photo credit: Dr. Jonathan Eto 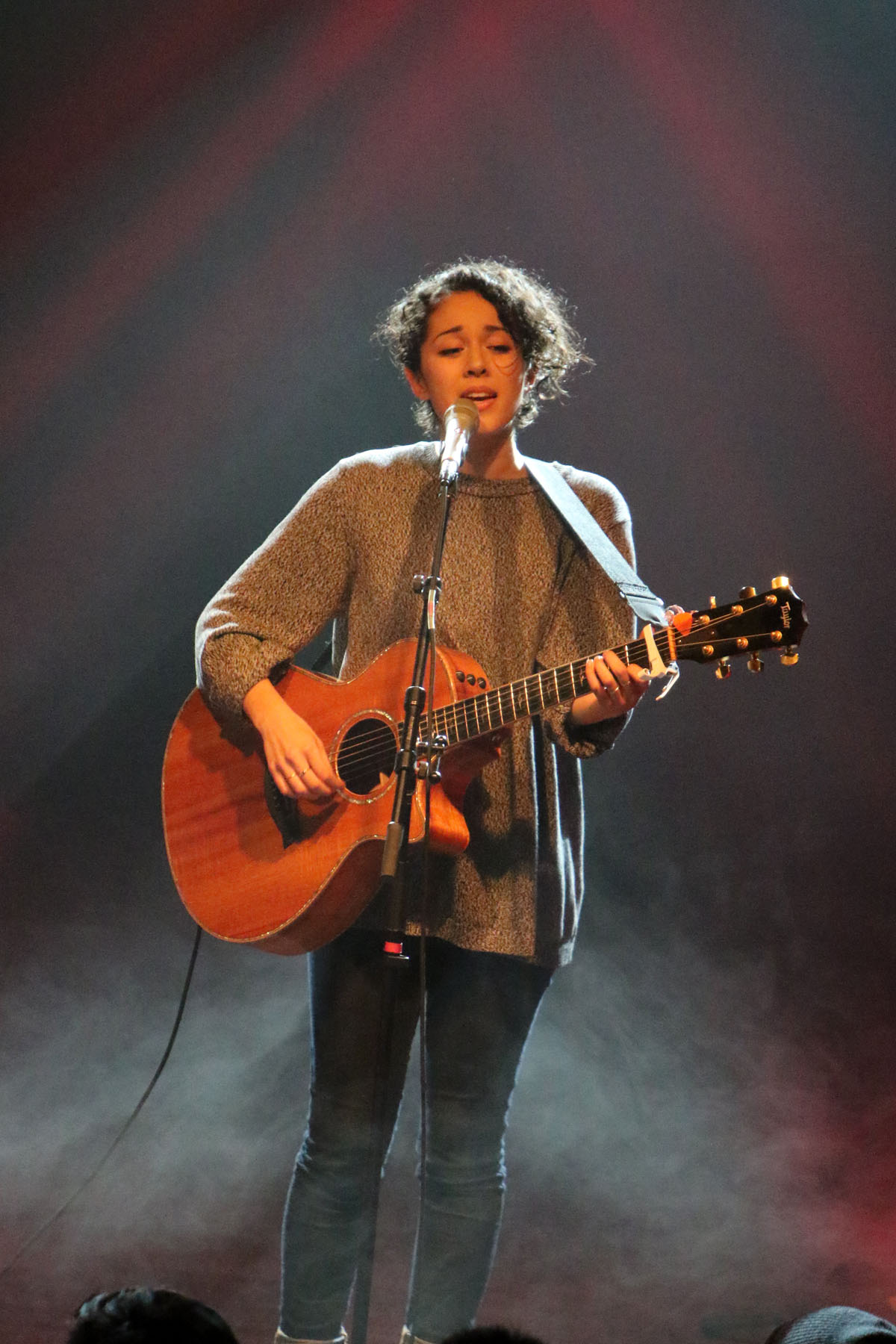 Kina Grannis graces Toronto stage
Grannis writes about her experience in Jakarta on her blog. She talks about writing just two songs during her time there, writing, "Being creative was the last thing on my mind, but about two months in, making music felt possible again. It helped me release some of my pain and to remember how amazing it is to be alive." Photo credit: Dr. Jonathan Eto 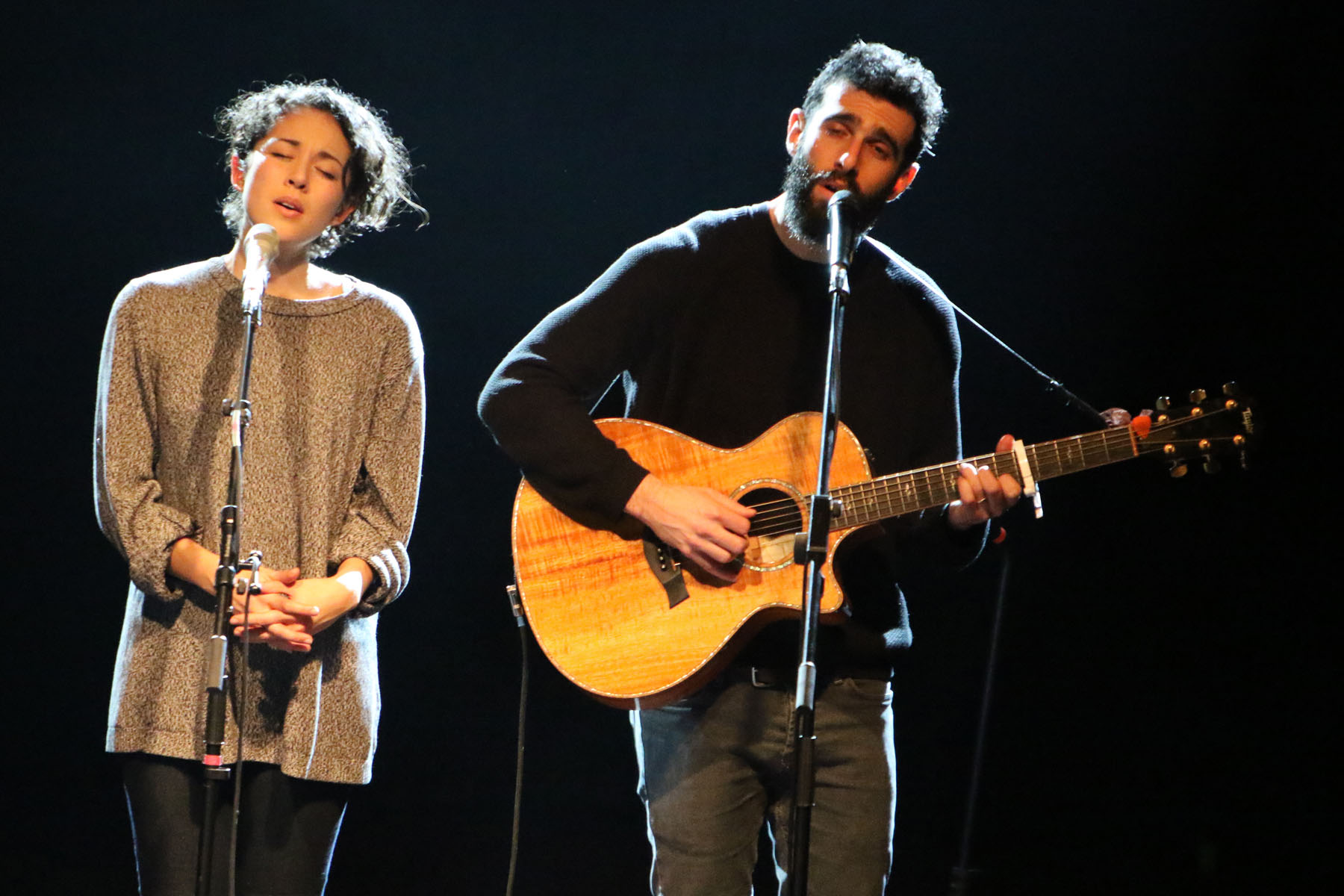 Kina Grannis graces Toronto stage
Grannis gained popularity by being a winning entry in the '2008 Doritos Crash the Super Bowl' Contest, where she received a 60 second video spot during the Super Bowl and a record deal with Interscope Records shortly followed. Photo credit: Dr. Jonathan Eto 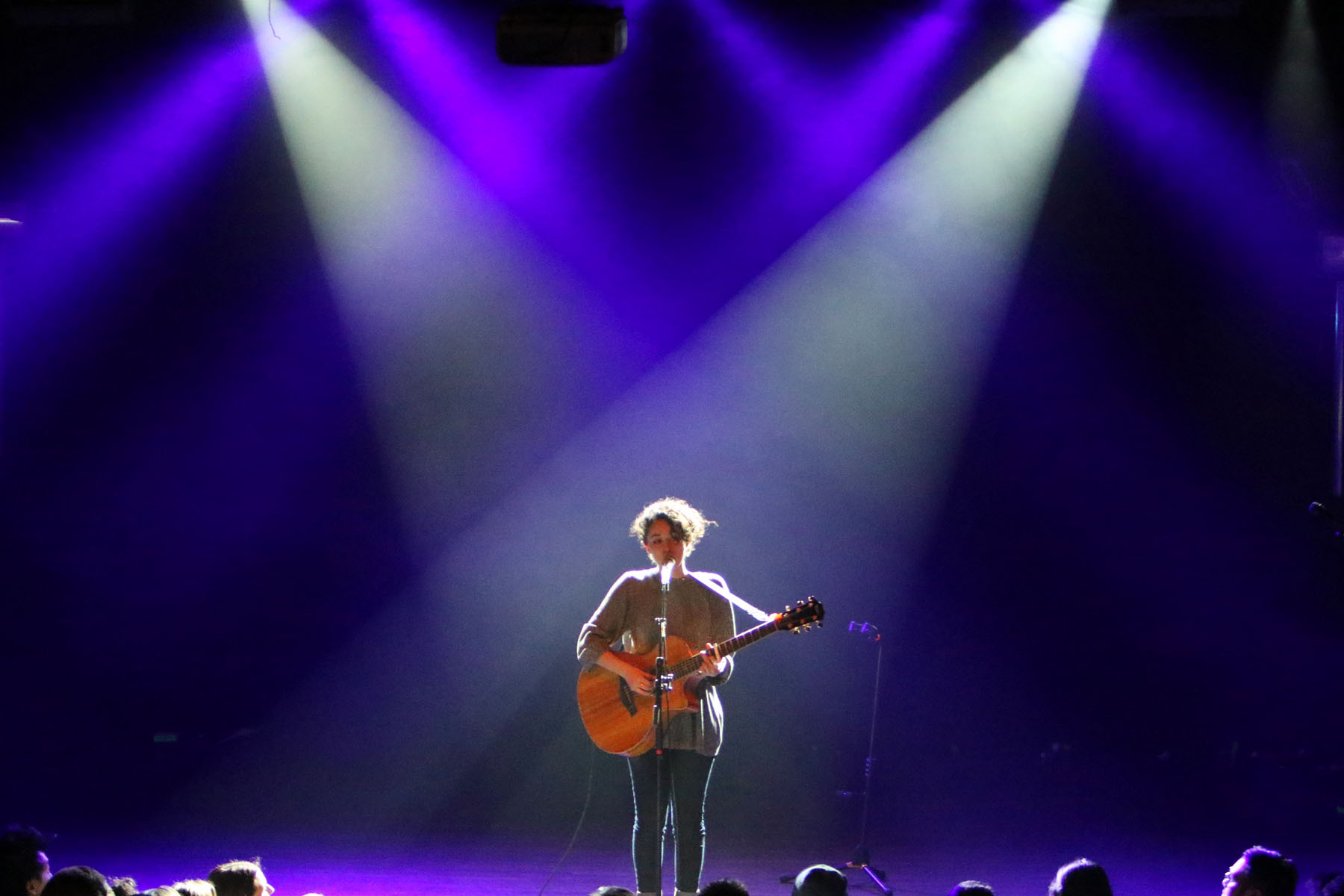 Kina Grannis graces Toronto stage
On the stage was just Grannis and her guitar, without a band. She was joined by her husband, Jesse Epstein, who performs as 'Imaginary Future'. In a raw and intimate performance, Grannis paused to wipe away tears as she performed 'For Now', one of the two songs she wrote in Jakarta. The crowd sang along with every verse and cheered and cried with her, welcoming her return with opened arms. Photo credit: Dr. Jonathan Eto

Her set list included mostly original material which she introduced with little stories. Sharing the story behind the music, like Forever Blue, which she wrote for her grandfather, a song about loss, and understanding its inevitability.

But she also sang a few covers which she is famous for doing on her YouTube channel. Britney Spears’ Oops! I Did it Again, and Elvis’ Can’t Help Falling in Love were a couple of her popular ones. Then she candidly asked if anyone had seen any episodes of Single by 30, to which the crowd cheered.

“It was a super cool experience because, as you know, I’m a musician and not an actress, so it was a whole new world for me,” she described.

“There was one scene where I kind of knew what I was doing, but had to pretend that I didn’t know what I was doing and that’s when I played this song in the show at a wedding, and I was super nervous but thought, I don’t have to act for a second!” as she introduced All My Life.

There was not a dry eye in the audience when she performed her song For Now. She had to pause partway through the song to wipe away her tears. In Indonesia, Kina managed to write two songs which she released on a single titled Jakarta.

“Being creative was the last thing on my mind but about two months in, making music felt possible again.” Grannis wrote on her website.

“It helped me release some of my pain and remember how amazing it is to be alive.”

The audience sang along with every verse, cheered with her and cried with her. While the experience has changed Grannis, there was still a raw and intimate experience between Grannis and her fans. That has not changed, and is why her fans love her after all this time.

Check out Kina’s video In Your Arms, made with 288,000 jellybeans, 22 months in the making. The video was awarded best Animated Video in 2012 for the Music Video Production Awards.