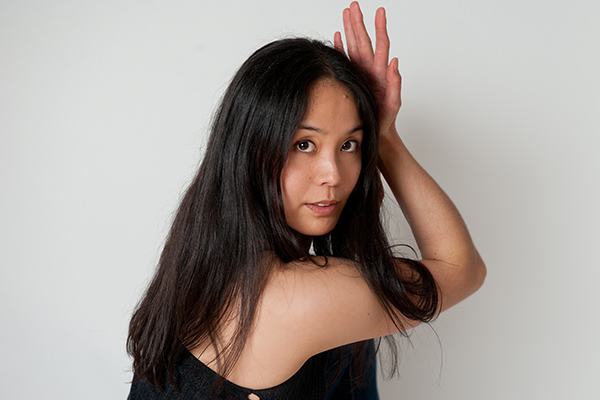 ProArteDanza mixes ballet and modern dance in a way that no other studio in Toronto can and 2014 marks their troupe’s 10th anniversary.

From October 1 to 4, ProArteDanza will be performing at the Harbourfront centre, but it will also be one of the last performances for Mami Hata, a Japanese dancer who has been part of the organization since 2011.

Hata began dancing in her hometown of Tokyo when she was 5 years old. Studying ballet when she was young, she says, helped spur her lifelong love of dance.

After graduating from high school, Hata danced freelance and made some spectacular performances appearing at the opening ceremony of the Nagano 1998 Winter Olympic Games.

In 1999, she joined the National theater in Mannheim, Germany. During her 12 years there, she played a leading role in the theater programs, “Carmen” and ”Frida Kahlo”, and appeared in over 100 works as a solo dancer.

During her time there, she had an opportunity to work with artistic director Roberto Campanella and choreographer Robert Glumbek. And when Hata decided to immigrate to Canada, they invited her to ProArteDanza in 2011.

Hata feels that she’s built an unspoken relationship with the dancers at ProArteDanza. She can dance with them and understand their motivations without even having to ask, and she says it has been an honour to be part of such a long-running organization.

It’s a deep trust that they show for one another and it helps the troupe create harmonious stage performances.

On the stage, Hata says she has a conversation with her audience. She feels the energy from audiences on every stage. And the energy isn’t characterized as simple reactions, such as crying, laughing, and getting a clap, but can be anything from a subtle movement of temperature in the air that happens when audience feels something.

She enjoys how she can talk with a captivated crowd every single day. To her, the stage is a very living thing and you can never watch a performance that’s completely the same twice.

During the group’s 10th anniversary performances, they are going to perform “…in between…”. The work was choreographed by Robert Glumbek and Robert Campanella in 2011, and it will be the last big stage performance for Hata as a member of ProArteDanza.

In the near future, Hata is going to move to Quebec where she plans to learn about holistic therapy starting in spring of next year to help people live with the richness of the mind and heart

She expressed eagerness about her last performances, “This program ‘…in between…’ is created on the theme of transition,” she says. “As the work tells, our life is an accumulation of transitions. This is why I would like to enjoy dancing, living and even changing.”

While she overcame many trials in her career and saw many turning points, keeping a positive attitude is something that has helped her keep dancing and encouraging others to join in.

Be sure to check out the troupe’s ticket page so you can see their upcoming performances.