‘JAPANESE PROBLEM’ takes audiences back to internment in Hastings Park 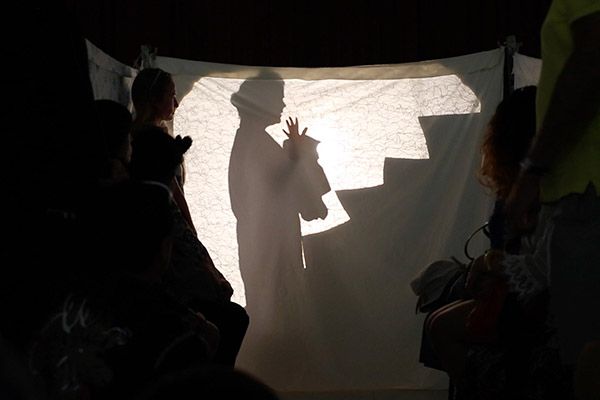 VANCOUVER — While many British Columbians associate the Pacific National Exhibition (PNE) with amusement rides, carnival food, and an abundance of animals, for some Canadians and their families the PNE brings up terrible memories. Photo courtesy: Universal Limited Theatre.

Each year, the livestock buildings in Hastings Park are filled with animals, but in 1942, it was Japanese Canadians who were held in the building’s stalls. More than 8,000 were kept in barns as a sort of purgatory before they were sent to internment camps in the B.C. Interior.

JAPANESE PROBLEM, a new play from theatre group Universal Limited, about the legacy of internment in Hastings Park, will be performed at the PNE grounds this fall. Japanese Canadian actress and writer, Yoshié Bancroft, co-creator of JAPANESE PROBLEM, says that on the play sheds light on a lesser-known urban history of internment. Bancroft grew up in Vancouver, and had always understood internment as something that happened in the Interior, but the reality was much closer to home. 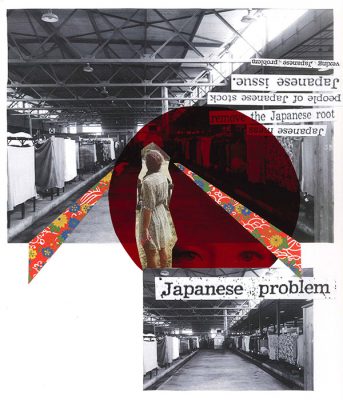 “I had always gone to the PNE as a kid and I didn’t really have any idea of the historical significance of the PNE and that site,” she tells the Nikkei Voice. “It wasn’t until I was in my mid-20s that I learned Hastings Park was actually where over 8,000 Canadians were interned during World War II.”

It wasn’t until 2015 that commemorative plaques were placed at the site and historical walking tours began addressing the issue. It was on one of these walking tours that Bancroft learned about the hidden history of Hastings Park.

JAPANESE PROBLEM is a site-specific interactive show, where a small audience of only 30 people are taken through the livestock building at Hastings Park, learning about the history and impact of internment in one of the areas it took place. The intimate setting allows the audience to imagine what it was like to experience incarceration here. Bancroft says that the setting engages viewers’ senses; they are able to experience this dark aspect of Canadian history.

“We’ll still be able to smell the animals when we’re doing the performance,” says Bancroft. “It’ll be visceral. The space will smell the same as it did back in ’42”

Just weeks before the play will debut at the PNE, the building housed the pony exhibit.

“When you walk into that building, you can feel the presence of its history,” says Garfinkel.

Bancroft and Garfinkel met with a handful of survivors now living in the Kootenay region, who were interned at Hastings Park. The play’s dialogue was based off these interviews, and is structured as a historical re-enactment with original music. Garfinkel says the play will act as a lesson not to re-enact the past. Unfortunately, she says, Canada has not learned from the mistakes of internment. 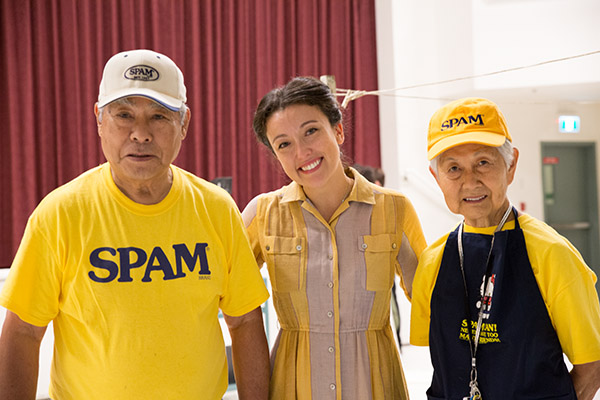 ‘JAPANESE PROBLEM’ co-creator Yoshie Bancroft with Tosh and Mary Kitagawa. Mary was forced to live in the stalls at Hastings Park with her family during the Second World War.

“In this moment, as we speak, refugees are held without charge right in Vancouver, and they’re held indefinitely, just as the Japanese Canadians were in Vancouver in 1942,” she says. “This is a pattern that sadly we keep re-enacting in Canada and we’d like to call attention to that.”

The title ‘JAPANESE PROBLEM‘ was a zeitgeist term used around the Second World War. There were countless papers and articles published in North American addressing the so-called “Japanese problem,” often perpetuating false information about those who were detained.

The play not only deals with the history of internment specifically, but the implications of turning entire communities into the “other.” One of the play’s main takeaways, Bancroft said, is a call-to-action to change this pervasive behaviour. She says the current political climate both in Canada and the United States, runs parallel to the narrative during internment. For modern audiences who feel they are living in a time of fear and uncertainty, the story of Japanese internment is as poignant as ever. This year marks the 75th anniversary of internment at Hastings Park, and Bancroft says the play’s timing is significant.

“I think it’s very important today to tell this story,” she says.

JAPANESE PROBLEM premieres on Sept. 20 at the PNE in Vancouver. The play is coming to the Langham Centre in Kaslo on Oct. 7 – 8 and will be part of the fall installation at the Nikkei National Museum in Burnaby.