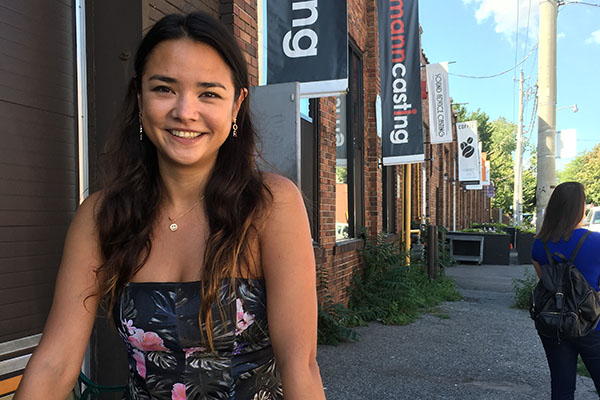 Japanese pop star is trying to surpass the boundaries of being a minority in the Canadian media market. Above, Seira Kagami often rides her bicycle around the city to auditions and interviews. Photo courtesy: Mel Tsuji.

For Japanese star, Seira Kagami, a move to Canada has meant a back-to-basics trip that she hasn’t encountered in over 10 years in the business of modelling, acting and singing.

The 30 year-old resident of Tokyo has attended over a dozen auditions in the few months she’s been in Toronto, all for television commercials for Canadian banks, auto companies and retail establishments.

“It can’t be helped. I have to get a start here and if that means going to auditions again, I’ll do it,” Kagami said in an interview with the Nikkei Voice.

It is quite a step down from her career in Japan, where she’s appeared in national print ads for Gap, chosen for glitzy TV commercials and was even a famous pop singer in the highly-competitive world of Japanese show business.

“I think her chances are good, but it’s tough here because it’s a different market compared to Japan,” said Stephanie Clement, Kagami’s agent in Canada, who works for Artists’ Management Inc.

“Based on a couple of months she’s been here, she’s had a great response,” Clement said.

Kagami was born and raised in Japan, but she’s no stranger to Canada.  In fact, she’s a dual citizen of Japan and Canada. Her father is a Canadian citizen from Toronto and her mother is Japanese.  Kagami’s father, Ken Arbour visited Japan in the early 1970s, to teach English.

He met his future wife, Noriko, during that time and after finishing his teaching contract, the couple went into the real estate business in Tokyo.  They developed their business to such extent that most of their dealings are for the foreign community.

Kagami (she took her mother’s family name) is the oldest of three sisters in the family.  They include Hanna, 25, and Leyna, 27, who is also a model and is currently living and working in Toronto. Seira says she remembers the three of them coming to Toronto every summer during their youth to visit their grandparents in Scarborough.

The family had a reunion in Toronto recently and Kagami met her father’s friends with whom he taught English over 40 years ago in Tokyo. 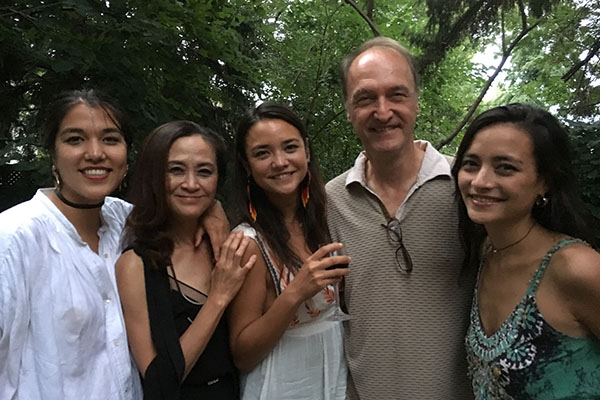 Coming to Canada has been a nice break says Kagami. She’s had to stay in her lake-front condo while awaiting calls from her agent for auditions.  When notices come, she uses a bicycle to travel across the city to the casting offices where she auditions for parts. If she’s lucky, she’ll get what’s referred to as “callbacks,” where she’ll be interviewed by company officials if it’s a TV ad, or producers  if it’s a movie part.

Recently, Kagami’s hit the jackpot.  She’s been hired to play a Catwoman-esque part for a movie trailer that’s to be filmed in Arizona in November. She has also been offered a part in a TV series called Forbidden.  She has few details of the role at this moment, but says more information is supposed to be forthcoming.

For now, her agent, Clement, is trying to line up a dialect coach for Kagami to iron out some small language difficulties. She’s nearly flawless in English, but has the occasional problem in fluency.

“To broaden her appeal, we have to get her to speak a neutral North American or Canadian accent, to iron out any regionalism of accents,” Clement says.

Another challenge Kagami might have to face, according to Clement, is the change in market here compared to Japan.

In Japan, Kagami’s exotic, Eurasian looks made her very appealing in a homogenous market.  In a diverse country like Canada, you might think a pretty face that comes with a talented background would be very advantageous.

But Clement gives a word of caution.  “It’s an ongoing challenge to find roles for her because the market is mostly Caucasian-based.”