Journalist Mary Ito’s dive into the world of podcasting 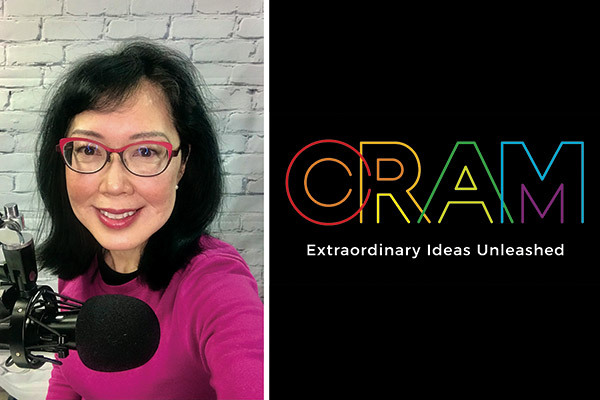 TORONTO — Toronto broadcast journalist Mary Ito never planned to jump into the podcasting world, but now listeners can catch her on two new podcasts, The CRAM Podcast and Passage to Wonderland. The former connects listeners to bold new ideas, and the latter invites listeners to put away their busy days and unwind with passages from exceptional pieces of literature.

Ito’s dive into podcasting began with the endless delays from the pandemic on the second instalment of CRAM, a festival she launched in April of 2019. A learning festival like no other, CRAM united Toronto’s four universities for the first time, inviting people to learn about cutting-edge research for one night only and for free.

Over 30 events took place over the four campuses—ranging from interactive presentations, panel discussions, demonstrations, dance and music performances, films, and lectures. No matter their background, education, or financial status, people could learn as a community and celebrate the bold ideas percolating in Toronto.

While the pandemic stalled large public gatherings, new research, ideas, and innovations continued to flourish in Canadian universities. It felt like a shame that the public was not learning about that research, says Ito. With the same goals as the festival, Ito suggested launching a podcast, to which the festival’s planning committee eagerly agreed.

In The CRAM Podcast, Ito guides listeners through conversations with leading researchers in their fields, bridging the gap between research and the public. The podcast opens up beyond the city’s borders, and Ito talks to researchers across Canada.

“The raison d’être for the podcast is the same, it’s because a huge amount of research never reaches the public,” Ito tells Nikkei Voice in an interview. “We want to highlight and provide a vehicle to showcase this research that the public will often never hear about. And even though they don’t hear about it, it has the potential to—or even is—impacting the way we live.”

Ito has over 35 years of experience working in broadcast journalism, from hosting CBC Radio’s Fresh Air every Saturday and Sunday morning to working for CFRB, TVOntario, and Global TV. But producing a podcast was a new experience for Ito. Alongside her friend and former TVOntario producer Sarah Michaelis, the two embarked on the passion project of creating the podcast. With the little bit of funding left from the festival, Ito set up a home studio in her basement and began posting episodes in late December.

Ito breaks down topics from behavioural psychology, economics, public health, to political science and presents listeners with evidence-based research that touches every part of their lives. A psychologist breaks down how relationships have survived, thrived, or fallen apart in the pandemic; a behavioural economist on why we make decisions, good or bad; a cognitive scientist shares how to be happy; and a science fiction author explores the possibilities of a post-pandemic world.

In one episode, Ito talks to statistician Jeff Rosenthal from the University of Toronto, who breaks down the numbers behind luck. Rosenthal—who was born on a Friday the 13th—uses statistics and probability to examine how unlucky or lucky we really are if it rains on our wedding day or we win big at the casino.

“What I’m really interested in, and I think it might be true of almost every interview, is human behaviour. Why do we do the things we do, why do we act the way we do, and why do we think the way we do,” says Ito. “It’s really just about creating connections between you and the world around you.”

Like the festival, a goal of the podcast is to make a positive change. While tackling some heavy topics like climate change, prison education, and war, Ito emphasizes the next steps listeners can take. In a recent episode, UBC researcher Kai Chan offers solutions for wholesale community change that can make a positive and collective difference on climate change.

“I just find so many of the stories that we tend to cover in the media, it is doom and gloom, and that’s it. That’s not the purpose of CRAM. CRAM has to look forward with hope, to provide next steps or some kind of positive outcome,” says Ito.

Ito’s second podcast, Passage to Wonderland, is meant to bring some respite and closure after a busy day. Thinking of friends and her husband who go to bed thinking about unfinished to-do lists, Ito wondered how that feeling of incompletion disturbed their sleep.

“I wondered if people ruminate on that and think about all the things they didn’t do today—because we lead such busy lives, we have a million things we have to do,” says Ito.

Ito wondered if a podcast where she reads passages from books—not fairy tales or happy endings, but books for adults to unwind and let go of their incomplete to-do lists. Ito shared her idea with two psychologists, learning about incomplete sleep cycles. One of the psychologists, who studies the positive effects of expressive writing on sleep, suggested she try.

Working with three book publishers, Harper Collins, House of Anansi, and Coach House Books, Ito reads passages from books new and old. Each excerpt provides some kind of completion; an epiphany, a discovery, or an insight revealed. The listener can step away from their own lives and the challenges that await the morning.

“It is about opening your ears to another world, that’s why I love books, even for 10 minutes or 30 minutes. In a way—not that it’s research—but you learn something when you read a book. You learn about another person’s perspective.”

Both Passage to Wonderland and The CRAM Podcast are spaces for Ito to explore and share two of her passions, literature and research. Whether looking for respite at the end of a busy day or opening your mind to new and exciting research or if you missed hearing Ito’s voice every weekend, you can find her podcasts on most major streaming platforms. 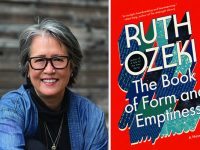