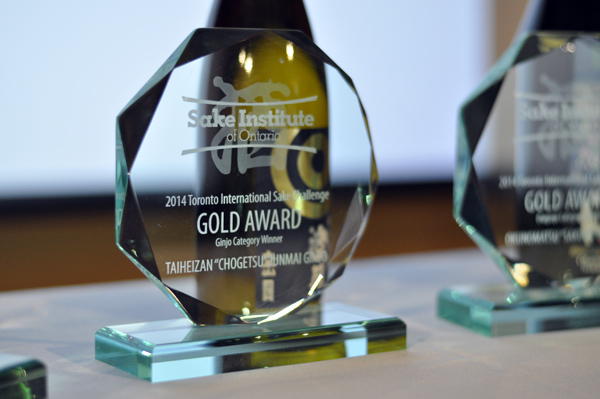 TORONTO — A media launch for Kampai Toronto 2014 was held today at the Japan Foundation.

On May 29, Kampai Toronto will host its third-annual sake preview and tasting for the general public in Toronto’s Distillery District.

The media launch gave new details on the event and showcased the first-ever winners of the Sake Institute of Ontario’s Toronto International Sake Challenge.

“When we started planning this tasting we didn’t know how many we were going to receive,” Michael Tremblay, one of the judges of the challenge, said at the launch.

What they ended up were more than 129 varities of sake from around Ontario and the world.

In April, the tasting was held at the JCCC and Japanese chef  was on hand at the media launch to present the winner in the junmai category.

“This opportunity was great for reconsidering for my food and their sake relations,” Hiro Yoshida, chef and owner of Hiro Sushi, said. 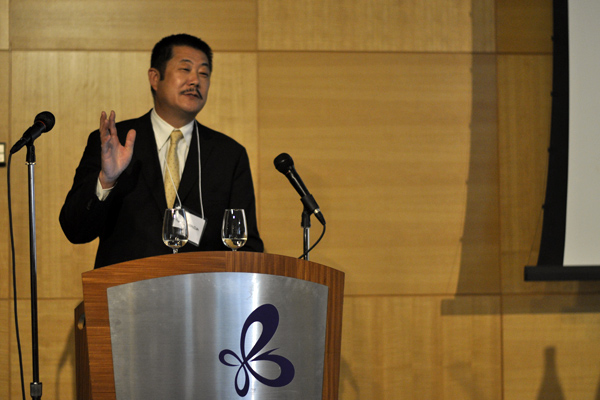 Hiro Yoshida, seen here, was one of the judges who took part in the first Toronto International Sake Challenges.

Six winners were chosen out of the many presented to the panel of judges. It was only after two rounds of tasting the various sake on hand – one for the initial taste and the second for the 50 per cent that made the cut – that the winners were chosen.

The media launch gave some of the owners and representatives from the various sake breweries a chance to celebrate this special vetting for both their product and the challenge itself.

Also at the event were a number of local brewers also took part in the launch to show off their best sake.

“These events are to see that sake is more than just rice wine,” Arun Chetram, a company representative of the Bruce Ashley Group, said. 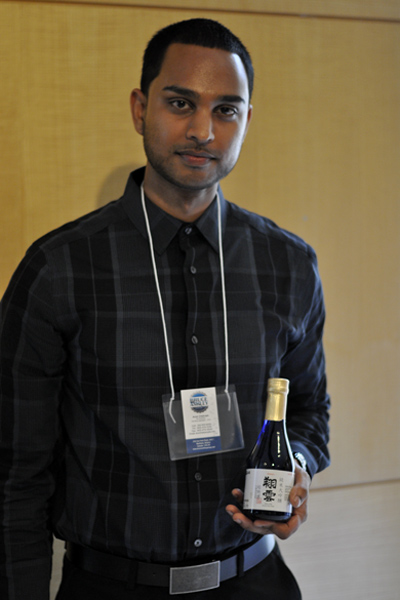 Arun Chetram is a representative of Bruce Ashley Group who distribute sake in Ontario like their Junmai Ginjo. The company will be participating in the events on May 29.

Kampai Toronto will be held on May 29. It will feature sake tasting, food, and a panel discussing the subtleties of the drink. Be sure to check out the event’s website to buy your ticket.

The winners of the first Toronto International Sake Challenge