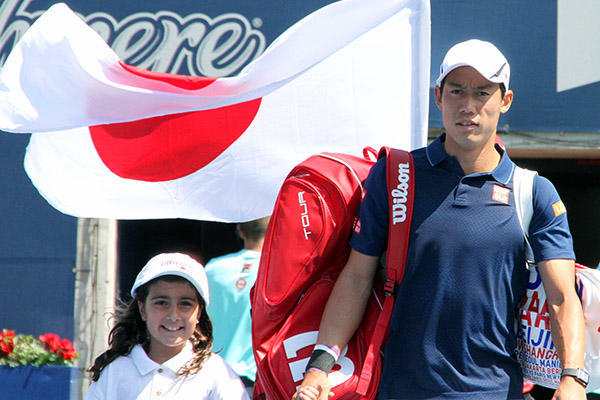 In Sunday’s match, Nishikori used his speed to defeat Ferrer. Nishikori endured Ferrer’s rallying, but struggled against the internationally renown opponent. He toughed out the match and moves onto the quarter finals.

Stanislas “Stan” Wawrinka, who has lost against Kei Nishikori in last the United State Open and will now face him once again in Australia, said Nishikori is, “[A] tough player and a great shot maker. He improved a lot last year. It’s always tough to play against him.”

It’s only been a few months since Nishikori moved to the 5th spot in the world and became the highest-rated Asian player of all time and the first Asian player to reach the Grand Slam finals at the U.S. Open.

According to Nishikori’s official site, he has been playing tennis since he was 5 years old. He is largely hailed as Japan’s tennis superstar.