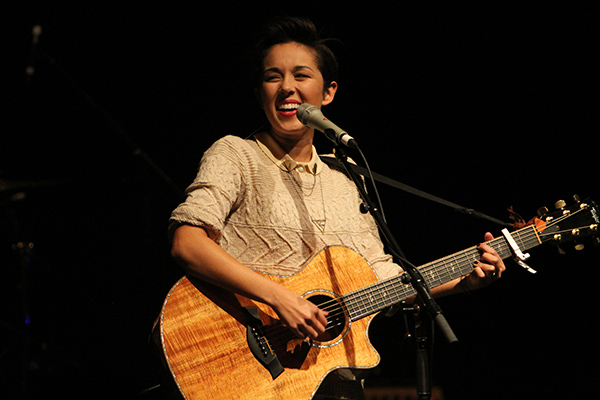 TORONTO – Within the intimate walls of the Danforth Music Hall, a sweet and whimsical voice could be heard accompanied by the graceful strums of an acoustic guitar. Kina Grannis, a California born happa Japanese singer and songwriter, is currently on her world tour to promote her Elements album and stopped in at the big T.O..

Grannis gained popularity in 2008 when she won the Doritos Crash Super Bowl Contest, awarding her a 60 second commercial spot to play her music video “Message From Your Heart” to millions of viewers, and garnishing her with a record deal.

To help muster up votes, she began to post videos on YouTube and went on to win Best New Web Born Music Artist at the MTV Music Awards in 2011. Now she has almost one million subscribers on her YouTube channel and ever-growing base of fans.

The concert was like no other I’ve ever been to. It was interactive at a personal level.  She invited fans to come up on stage to sing backup, answered questions from her Q&A box she left at the merch stand before the show, and was even asked to prom by a fan! Of which she replied she would be there in spirit. When answering where she got her inspiration for her music, she replied it was from “Life!” and that her performance was like pages of her diary that left her vulnerable. 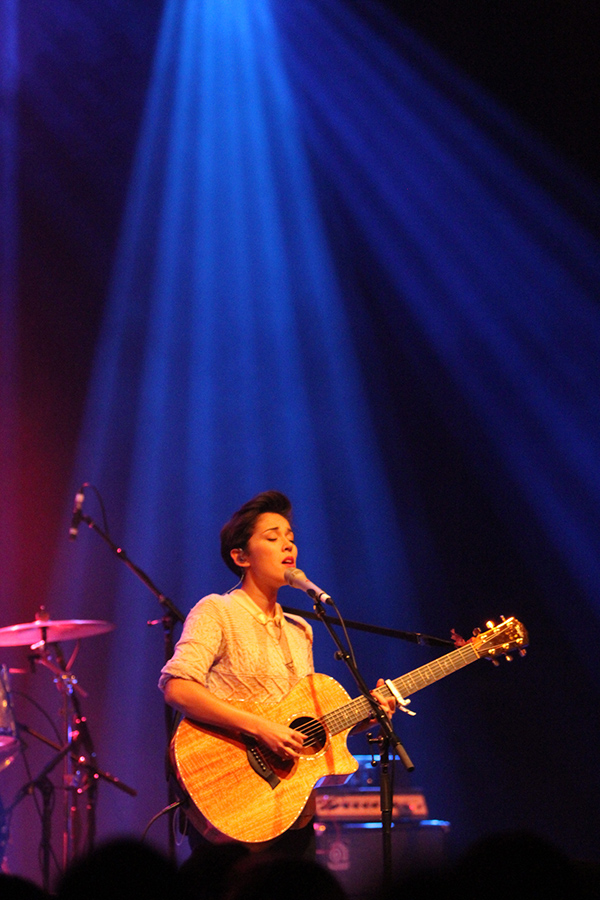 The concert was unlike any I’ve ever been to and gave the audience a truly intimate feeling.

Kina’s setlist was filled with a variety of upbeat tunes with backing band Imaginary Future, a duet, and several acoustic gems. Her voice is beautiful and her enchanting personality made the experience one to remember.

Catch her in Vancouver for her last Canadian date December 7, 2014 at the Chan Centre for the Performing Arts. Or subscribe to her YouTube channel where you can hear more of her original music in addition to over 120 great covers that she performs.


I was at this show – it was great! Love the second photo here!!


Thanks so much :), our photographer Jonathan Eto is a big fan of her and was really happy he was able to take some photos.


I was at this concert too, truly amazing! Will never forget it. Great to see that Kina passed 1million subscribers a few days ago!