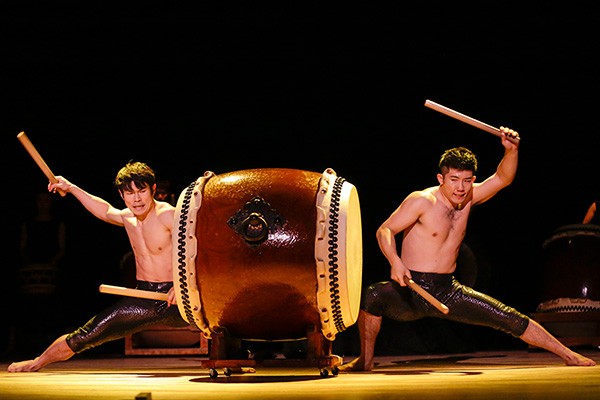 TORONTO — On March 12th, Kodo’s One Earth Tour: Mystery appeared at the Sony Centre for the Performing Arts.

A buzz went through the audience members as the doors opened one hour before the show. The huge venue seemed almost too large to be filled, but in a few moments there wasn’t a seat left. The lighting dimmed, the audience hushed, and the curtains rose.

Chased by the sounds of a flute and drums, three dragons appeared on stage and brought audiences into Kodo’s mysterious world. Followed by powerful performances played on three large drums and a number of other pulse-pounding acts, Toronto audiences were mesmerized by the group’s performance.

Toronto was the show’s final stop on the Canadian portion of their North American tour. Playing in Vancouver, Quebec, Ottawa, and Montreal, the group sounded off their calling sign cross country and left audiences wowed in their wake.

Performers played various instruments, small drums and big drums, and also palm-size percussion instruments and flutes. The audience was overwhelmed with sound, but the varied performance also brought a chance to enjoy some of the show’s more comedic elements. 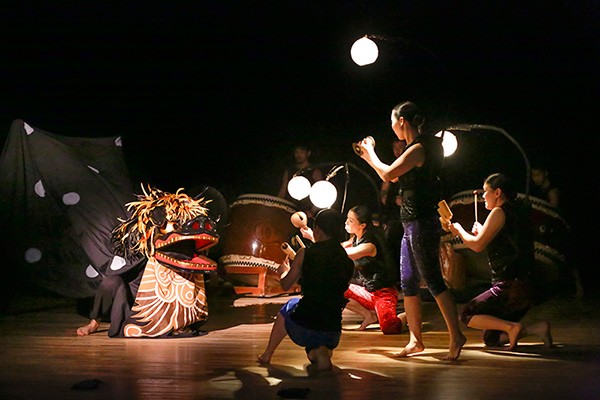 And the athleticism of the performers was something to behold. Sometimes they were almost too fast to follow with their drum sticks blurred in their hands.

As Kodo states on its website, the possibilities of Japanese drums is limitless. The sounds from the various instruments can be mixed together and the group’s new artistic direction allows them to play with new themes along with more traditional sounds in tact.

The climax of the show brought out the group’s largest drum and all the players performed together. The players and their instruments shook the air. The venue was swallowed up by a wave of sound and sank into the mysterious world created by Kodo.

On the theatre programme, Bando wrote: “I hope theatregoers will experience the same sort of otherworldly splendour that you sense at a temple or a shrine, or when you discover things in nearby woods.” The dragons, the light, the sights, and the sounds all combined to create an air of mystery about the group.

Unfortunately, the two short hours the group played came and went far faster than it should have.

Kodo is based on Sado island in Niigata prefecture. This was the second international tour directed by Tamasuburo Bando who has been the group’s artistic lead for two years.