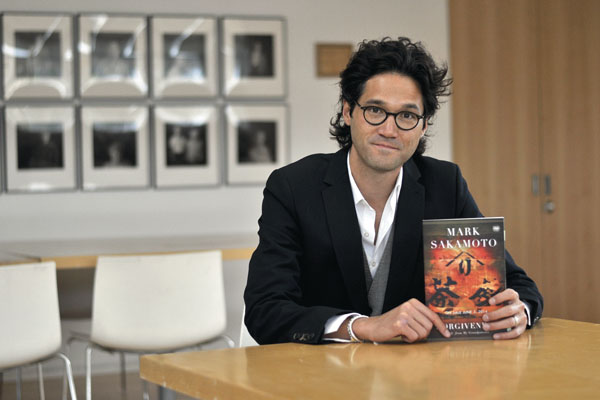 TORONTO — CBC has announced the shortlist for its Canada Reads 2018 competition. Among the esteemed chosen books by Canadian authors is Mark Sakamoto‘s novel, Forgiveness.

Each year the CBC hosts Canada Reads, a “battle of the books” competition. Five Canadian celebrities each chose a book for the competition’s shortlist. These celebrities then defend their choices during a live, on-air debate on CBC Radio.

The debates last an hour each, over four days. Meant to emulate ever-popular reality TV shows like Survivor, at the end of each debate, a book is eliminated, or “voted off the bookshelf,” until only one book is left standing. Jeanne Beker, a fashion columnist and host on Fashion Television chose Sakamoto’s book.

Sakamoto, a Canadian lawyer and investor wrote Forgiveness about the true story of his maternal grandfather, a soldier in the Second World War who was captured as a PoW in Japan and his paternal grandmother who was imprisoned by her own government in a Japanese Canadian internment camp in Alberta. Sakamoto’s grandparents and their stories taught him the true meaning of forgiveness.

“Through pure strength in my grandparents’ hearts, they decided resolutely that they would not pass on the transgressions that were committed against them to their children,” Sakamoto told the CBC.

The four other shortlisted contenders include: The Boat People by Sharon Bala, American War by Omar El Akkad, Precious Cargo by Craig Davidson and The Marrow Thieves by Cherie Dimaline.

Canada Reads’ is meant to encourage Canadians to read and talk about great books by Canadians as well as buy their books.

The first winner of Canada Reads in 2002, Michael Ondaatje’s In the Skin of a Lion, sold 70,000 copies after the contest aired, even though the book was published years earlier.