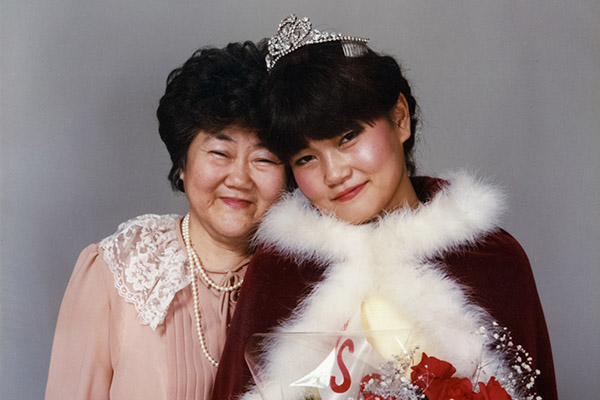 Caroline and her mom at the Japanese Canadian Cultural Centre after she won the Miss Tokyo pageant. It was a very proud day for Caroline’s mom. Photos courtesy: Caroline Ishii.

OTTAWA — Vestigia Nulla Retrorsum was my high school’s motto, Runnymede Collegiate Institute in Toronto, meaning in Latin, “we never go backward.” I would cheer with the rest of the teens in the auditorium when the principal would say this at the end of his addresses, but I didn’t get it. Decades later, I still don’t get it.

Instead, I’ve realized it’s sometimes best to take a step backward before moving forward. Our lives are hectic and stressful, and we often don’t make the time to reflect on whether the direction we are heading in is the right one or if we need to change course.

In The Seven Habits of Highly Effective People, Stephen Covey talks about how easy it is to get caught up in the busyness of life, working hard to climb the ladder of success, only to discover that all this time, the ladder has been leaning against the wrong wall. This metaphor made a big impression on me when I first read the book long ago and stayed with me over the years.

I’ve had the most significant learnings and growth when I failed and had to retreat and lick my wounds before carrying on. I wish we could change the negative connotation in our society around the word “failure.” What if we were to replace “failure” and “mistakes” with words like “experiments” or “testing”? 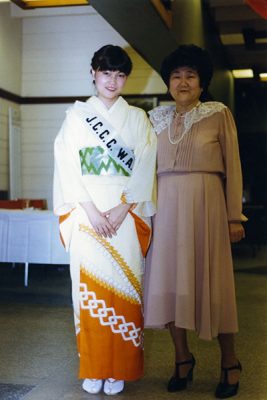 Caroline and her mom at the JCCC for the Miss Tokyo pageant. Caroline was representing the JCCC women’s auxiliary.

Failure was not an option for me growing up with a strict Asian mother who would criticize me, no matter how well I did. Coming back home from school, I would proudly say to her, “I got an A on my project!” She would reply, “why not A+?” Whatever I accomplished was never enough for her, and I grew up to be an adult who felt I was never enough. My mom died over 30 years ago, but she is still with me in many ways. I have continued where she left off, to criticize, berate, and not give myself any slack. I have become my mom!

And to make matters worse, I often subconsciously looked for partners who would treat me how I felt I needed to be treated. So, any pain and suffering felt familiar to me. I ran away from home in my late teens, and I have been running for a long time, feeling if I kept on being busy and running from the emotions that I feared, they would not catch up with me.

When I eventually let my emotions catch up to me, acknowledge and name them, they didn’t destroy me as I thought they would. In slowing down through meditation and yoga, reflection, and speaking with helping professionals, I realized that my feelings were normal and the treatment I received when growing up was not my fault. I started to unravel the tangled emotions inside me. In accepting all the emotions within me, I began to accept myself as I am.

What is our past but our fuzzy recollections of what was true? What if we were to change the story? I now see my background as stories, neither good nor bad, but what it was. Families and people are complicated because they are human, with trauma passed down from generation to generation and myriads of emotions under the surface.

Brené Brown, a New York Times best-selling author, popular TED Talk speaker, and research professor, says that for 15 years, her team collected research on emotions from 7,000 people. Participants were asked to write down every emotion they felt and name it.

The average number of emotions people could come up with was three. Happy, mad, and sad. Brown asks, what does it mean if we don’t have a vocabulary as expansive as the human experience? In her book, Atlas of the Heart, she presents 87 emotions and experiences humans can feel.

For example, she lists the places we go when we feel wronged: anger, contempt, disgust, dehumanization, hate, and self-righteousness. When we fall short: shame, self-compassion, perfectionism, guilt, humiliation, and embarrassment. And when life is good: joy, happiness, calm, contentment, gratitude, foreboding joy, relief, and tranquility. 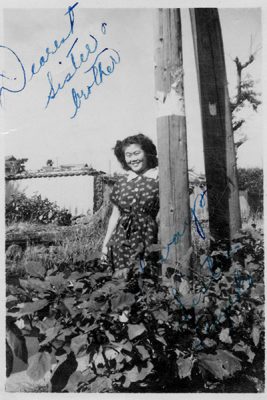 I wish my mother could have received the help she needed to treat her mental illness, which put a negative filter around her life and those she touched in her violent rages. She didn’t realize that she had a mental illness that could have been treated—it wasn’t discussed openly in those days.

Even now, there is often a negative stereotype associated with mental illness. The Canadian Mental Health Association believes there is no health without mental health.

The association says negative stereotypes and discrimination often plague the lives of people with mental health conditions and prevent them from leading satisfying lives. People often worry about asking for help because they believe that asking for help means admitting something is wrong, and they worry about how others might see them.

My mom hoped to be a loving wife and mother, but the stories from her past and painful emotions that she had to suppress growing up were released later in the only way she knew how, through anger. She suffered greatly, and so did those around her who loved her.

This story is what compels me to be honest and open about my experiences. In doing so, I remove the shame my mom must have felt for being “damaged” from a childhood filled with neglect and violence. I also free myself and future generations. And I permit others to release their shame. We are all interconnected.

Brown says we need to deal with our emotional pain points because it affects us and those we love. “We will do almost anything not to feel pain, including causing other people pain. It is so much easier to hurt than to feel hurt,” says Brown. 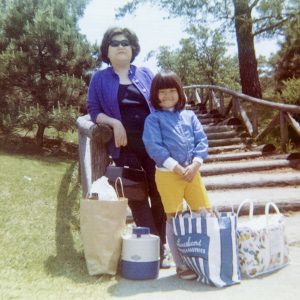 Caroline and her mom heading to the Japanese language school picnic at High Park in Toronto.

“We need to understand where the hurt, the sorrow, the despair, the anguish, the rage is coming from so that we don’t work it out on other people on an individual level or collective level.”

These days, I sometimes feel my mom’s light touch when cooking and sharing food with others, shopping for interesting food items, and travelling in Japan, all things she loved to do and would light her up. I remember her gifts of cooking, generous and loving spirit, and smile.

In acknowledging our emotions, including those we are afraid of, we release them from our tight grip and let them go. Doing so makes room for more love and light to come into our lives. We may not have started the story, but we can write the ending we want or create a new one.

“Our job is not to deny the story but to defy the ending—to rise strong, recognize our story, and rumble with the truth until we get to a place where we think, yes, this is what happened, and I will choose how the story ends,” says Brown.

THIS ARTICLE WAS REPRINTED FROM NIKKEI VOICE’S OCTOBER 2022 ISSUE. SUBSCRIBE OR DONATE TODAY TO HELP SUPPORT OUR NEWSPAPER. 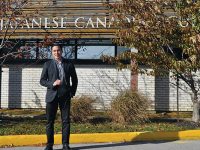 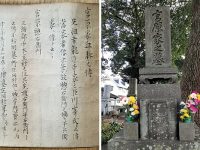