Miwa Sayaka on bringing the art of Japanese dyeing to Toronto 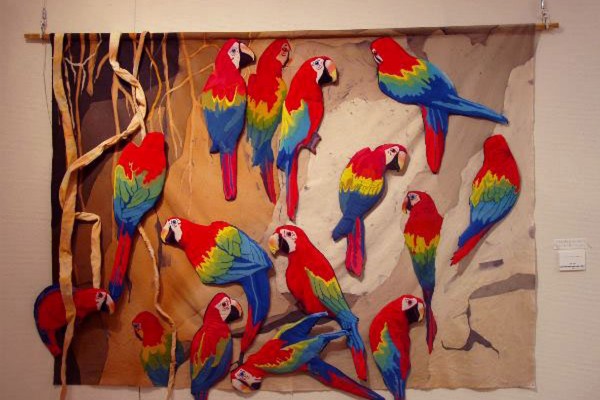 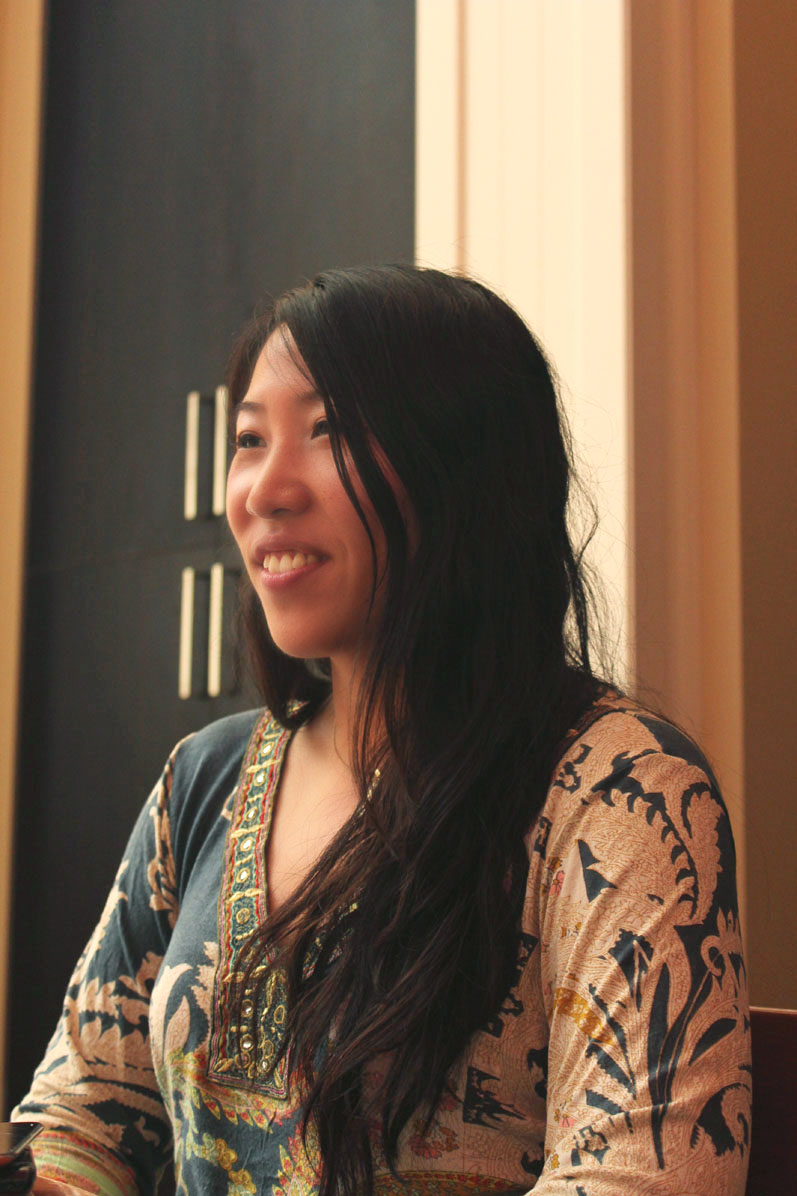 Artists who practice Batik are a rare find in Toronto, but for Sayaka Miwa, a dyeing artist, she works with this art form everyday.

Batik is a technique used to dye fabrics. Melted candle wax is put on a fabric such as cotton and silk with a brush or a spray gun. Next dyestuffs are put on the fabric and they dyestuffs soak into the fabric not covered by candle. Repeating this process complete a pattern of the fabric. Gradually dyeing fabric one by one is the greatest pleasure for her. And the time to remove whole candle on the fabric is blissful.

Miwa was born in Kagoshima prefecture in Japan in 1982 and studied batik in university. She often performs live demonstrations in Toronto. “Though the audience usually regards my performance as a painting in Japan, it is wrong. It is difficult to explain how I dye fabric without demonstrations. In contrast, explaining to audience about what is batik is easy in Toronto,” she said.

After Miwa graduated in 2006, she improved her dyeing skill while she was working in Kyoto prefecture. And then she moved a base of operations from Japan to Toronto, and has been here ever since 2010.

She had to overcome a lot of difficulties in Toronto. “I have been in Toronto for three years and a half. At the early time, it took everything I had to study English,” Miwa said. “So I couldn’t work as an artist. When I tried to communicate with audience, it was tough for me. But I could feel that I could represent what I wanted to say somehow. Moreover I was confused when I dyed fabrics. Because I outsourced removing candle in Japan, but I have to do it by myself in Toronto.”

Miwa looks at her surroundings in Toronto to find inspiration for her next projects. “I often go to see animals to fire my imagination. To do so I will go to South America and have inspiration.”

“Art contains incomprehensible parts. So I try to avoid it,” Miwa said. “Probably it will be difficult, but I endeavor to create my works which people understand easily. In addition, I want more and more people to know batik.”

Miwa going back to Japan in August and when we asked about her plans for the future she said, “I’d like to continue dyeing fabric, learning about Kimono deeply in Japan. But I don’t mean I want to stay in Japan. I consider going abroad again.”

We hope she comes back to Toronto, but until then you can see Sayaka’s Fan page on Facebook https://www.facebook.com/pages/MIWA/538959489458290?fref=ts