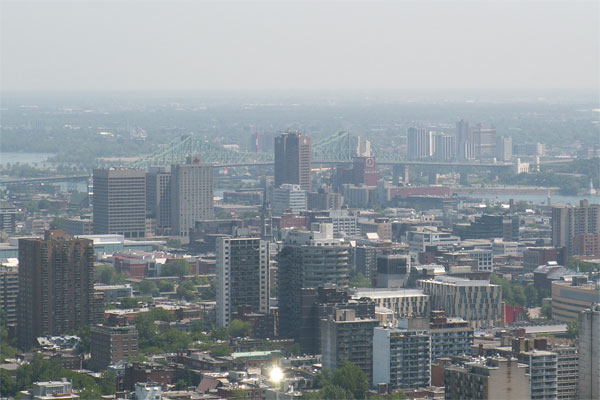 This article was reprinted from Nikkei Voice’s February Edition. To help support us subscribe or donate today.

The history of Japanese immigration to Canada is fairly well known, as in recent years many studies have brought to light some of the most significant experiences of the Japanese Canadians.

Among them, the wartime internment and dispossession, and the dispersal which followed, have left such powerful impressions in our historical memory that we can sometime “forget” what came before and after these traumatic events. Indeed, the very expression “Japanese Canadians” immediately brings to mind the descendants of those immigrants who lived on the West Coast prior to WWII, but it also describes the children—and young grand-children of the Japanese immigrants who settled in Canada from the late 1960s onward. That these individuals’ experiences were different goes without saying.

However, the presence of Japanese immigrants in Francophone areas of the province of Québec reminds us just how much geography and history can shape the way and the degree to which immigrants can integrate within the host society.

In the first half of the 20th century, the Japanese presence in Québec was minimal. In 1941, there were apparently no more than 48 individuals living in the province, which was less than one percent of the whole Japanese Canadian population (23,149). They were, for all intent and purposes, almost invisible. That is not to say that Japanese Canadians would not stand out in a crowd in Montréal. Rather, they were generally not perceived in the same negative light as in the West. There were no real fears of a so-called “peaceful penetration,”  they were not considered an immediate economic threat, and so on. As a matter of fact, the French language newspaper La Presse often portrayed Japan and its citizens in a favourable (if slightly patronizing) way, especially when compared with other peoples of Asia. For example, the same newspaper often (if incorrectly and dishonestly) associated the Chinese with bad hygiene, gambling dens and deadly illnesses such as the plague.

Perceptions of Japan changed as tensions rose in East Asia in the wake of the Japanese invasion of China, which led a number of Québec’s provincial MPs to refuse to cooperate with federal authorities when the time came to relocate the internees. Even so, written testimonies of Japanese Canadians who settled in Montréal indicate that they usually met with largely positive attitudes from their coworkers and neighbours. The fact that many of them were Catholics may have helped to rebuild their lives, almost from scratch, in a different environment. For the most part, these Japanese Canadians settled in Anglophone communities, and while efforts were eventually made to establish contacts with the Francophone majority, language remained a hurdle between the two populations.

The Japanese Canadian presence in Québec remains very subdued to this day. In 2006, there were 4560 Japanese Canadians in the province, most of whom (3860) lived in Montréal. According to the same census data, 1130 Québec residents identified as Japanese immigrants, which is only 5.2 per cent of the number of Japanese immigrants (21,705) in all of Canada. In fact, very few Japanese immigrants arrived to Canada after immigration rules were changed in 1967. They were generally highly educated individuals, and the majority were women—many of whom married men of non-Japanese descent.

In Québec, a relatively small number of Japanese students have studied for extended periods of time in the province’s colleges and universities, notably Université de Montréal, a Francophone university which maintains bilateral exchange programs with many of Japan’s most prestigious universities. Meanwhile, Japan occupies the seventh rank of the most important trade partners of the province of Québec, and Japanese investments in the province include the acquisition of local companies (such as Waterville TG and Aikawa Fiber Technologies, both located in the Sherbrooke area), which employ a few dozens of Japanese citizens.

And yet, despite the fact that many clubs (taiko, calligraphy, etc.), newsletters (Montreal Bulletin, Coco Montreal) and organizations (Japanese Canadian Cultural Centre of Montreal, Matsuri Japon) endeavour to foster intercultural exchanges in the metropolitan area, casual conversations with Francophone Quebeckers suggest that many are oblivious to the presence of people of Japanese descent living among them.

As a starting point, it is clear that, from a cultural point of view, many Québécois feel a strong attachment to the rest of the French-speaking world, most of all France, and it can be safely assumed that their collective consciousness usually tends to cross the Atlantic rather than the Pacific. This does not mean that “Asia” is not part of their collective intellectual framework. In fact, China (including Hong Kong) ranks fourth after France, Italy and Haiti as the birthplace of the most immigrants to Québec in modern times, and Chinese immigrants have changed the demographic make-up of Montréal’s suburbs in a substantial way.

In addition, the arrival of the so-called “boat people,” refugees from Vietnam, Cambodia and Laos who settled in Canada between 1978 and 1980 (over 12,000 people came to Québec), sparked a considerable backlash: records show that many Francophones expressed their opposition to the arrival of the refugees using some of the same discursive elements that anti-Japanese exclusionists had used prior to WWII (e.g., “they will steal our jobs”), and some new ones as well (“their welfare checks come out of our taxes”).

If we replace these developments in the context of the promotion of the Canadian policy of multiculturalism on the one hand, and the presence of a lasting sense of Québécois nationalism (coupled with a policy of interculturalism which is sometimes put in opposition to multiculturalism) on the other, we can legitimately wonder how well recent Japanese immigrants living in Francophone areas of Québec could integrate into the host society.

What challenges did they face, and what strategies did they employ to overcome the unavoidable difficulties of life in a different setting? How do they interact with people who misrecognize their presence? How does living in Québec affect their professional and family planning decisions?

In the next issue of Nikkei Voice, we will let some recent immigrants tell us, in their own words, the answers to these important questions.