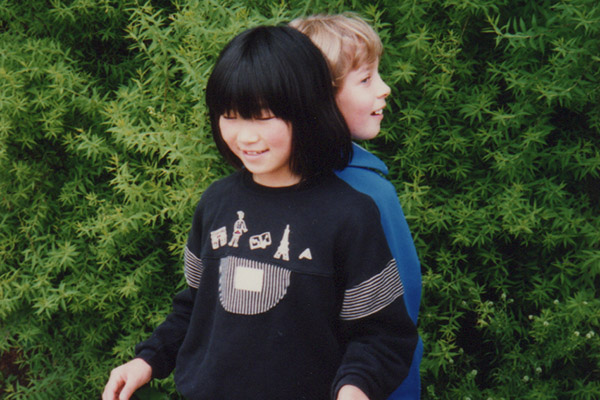 A photo taken of Jessica and Fukue when they were nine years old, in Saku, Japan. Photo courtesy: Ron Stuart.

TORONTO — When Canadian musician Jessica Stuart was nine years old, her family moved to Japan for a year and she befriended a classmate named Fukue. When the Stuart family returned to Vancouver, the two girls promised to write each other. For a year and half they did, but then one day the letters stopped coming.

Listen to Jessica Stuart’s song, Fukue’s Theme Part 1, to set the scene while reading this article:

In 1988, Stuart’s parents spent a year in Japan for work, and moved the family from bustling Vancouver to a small Japanese town called Saku. A culture shock, Stuart went from a being an introverted girl at school in Vancouver, to the centre of attention in Saku. She was the first foreign student and first blond person many of them had ever seen.

“My first day in class I was surrounded by the 30 kids in my homeroom who were all talking to me in a language I didn’t understand,”  Stuart tells Nikkei Voice in an interview “They were so interested in me, which was opposite of what my experience had been.”

But Stuart could see people’s interest in her was superficial, seeing her as a novelty or spectacle. But one girl, Fukue, was different. She was curious about Stuart, and despite the language barrier, the two quickly became friends. The two would spend their days playing in the rice patties, catching frogs and exploring the countryside, finding old shrines. Stuart taught Fukue English, and Fukue helped Stuart with her Japanese.

“She was keeping an eye out for me, and in the end, it took me a long time to realize, she was being bullied and treated very poorly at school,” says Stuart.

Stuart discovered that when she wasn’t around, other students would pick on Fukue because she lived in poverty. 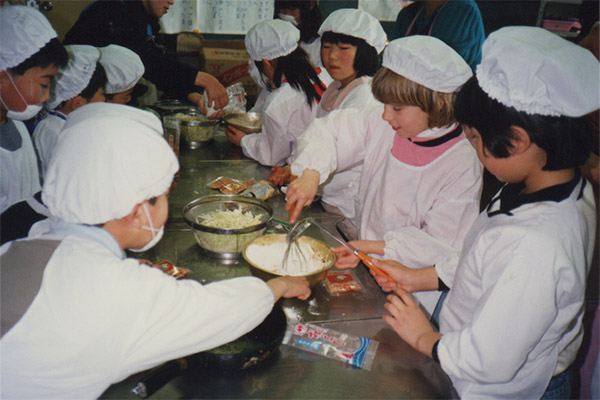 Fukue and Jessica in their home economics class in 1988. Photo credit: Ron Stuart.

When Stuart returned to Vancouver the next year, the two girls remained pen pals for a year, before the letters suddenly stopped. Stuart’s mother returned to Japan briefly the following year for work, and found out that Fukue, who was in fourth grade at the time, had dropped out of school. Over the years, it was hard not to think of worse-case scenarios for Fukue, says Stuart.

As a musician, Stuart has been able to tour the world to play her music, including Japan, where she looked for Fukue with no luck. Stuart returned to Saku, which after the Nagano Olympics and a bullet train expansion, had grown from a town of 6,000 to a city of 100,000 people. Over the years Stuart had interviewed her old school principal, put out ads in the local paper and reached out to old contacts, but was unable to find Fukue.

In a conversation with one of her guitar students, Daniel Roher, Stuart told him about Fukue. Instantly intrigued, Roher decided to help Stuart find Fukue, and film their experience for a documentary.

“A moving documentary about the importance of childhood friendships and the meaningful bonds that remain. It’s a film that will resonate with anyone who has had a short but deeply-felt connection with someone,” said Brennan Tilley, of the NSI festival jury. 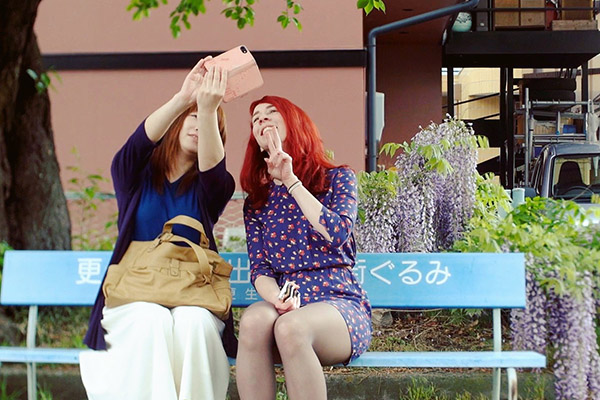 An unexpected twist to this story has been the overwhelming response Stuart received from people who  watched the documentary. Stuart received countless messages from people, either touched by this story of friendship, or sharing their own stories of lost friends and reunions. Months later, Stuart still receives a message a day about the documentary.

“It means a lot, and other people have said they have been inspired by the film to get in touch with people and try to find people from their past. There has been a whole ripple effect from that,” she says.

As well, the documentary has introduced viewers to Stuart’s repertoire of music. She created the score for the documentary, and composed a song, Fukue’s Theme Part 1, for the credits of the film. The song, which features the koto, has intrigued people about the instrument, and Stuart’s music. 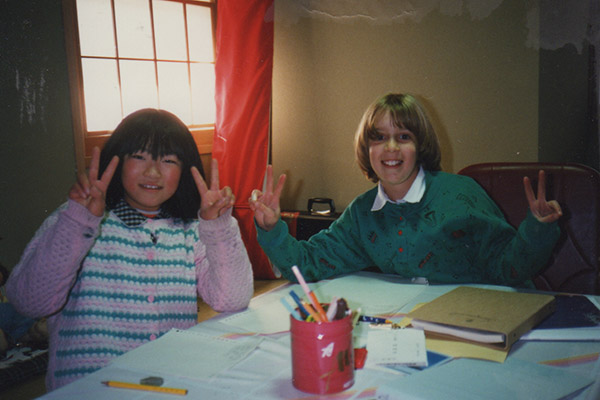 Fukue and Jessica hanging out together in Saku, Japan in 1988. Photo credit: Ron Stuart.

That one year in Japan shaped so much of Stuart’s life, teaching her serious life lessons about poverty and bullying as well as shaping the path she would explore in her music.

“It was the first time I understood how varied everyone’s experiences were,” said Stuart. “I’m very grateful for having that experience. At the time I didn’t realize how important it would be to the substance of my being.”


such a beautiful story, i identify a lot with it.