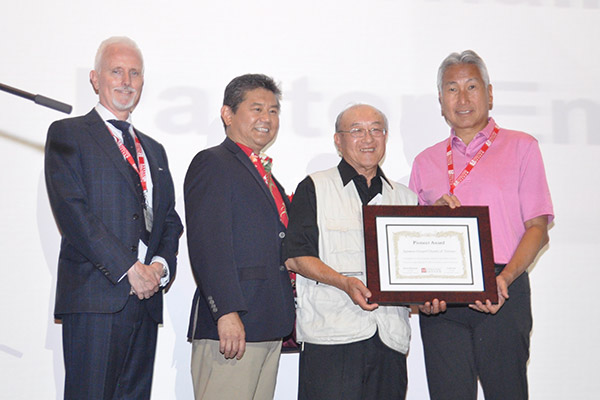 
Pastor Stan Yokota accepted the Pioneer Award for the Japanese Gospel Church in Toronto at Nostalgia Night on July 28.

TORONTO — When Japanese Canadians arrived in Toronto and the GTA after the war, many were forced to rebuild their lives in a place they had never been, after spending years in internment camps and road camps.

“It is our great pleasure to recognize four of the many Japanese Canadian church organizations who opened places of worship in Toronto after the war,” said Marty Kobayashi, MC for the evening celebrations. “[They] brought worship and friendship at a time of huge upheaval after the war and the movement east of the Rockies because Japanese Canadians were not allowed to return to the coast.”

The churches recognized were Bayview United Church, St. Andrews Congregation Anglican, Toronto Buddhist Church and the Japanese Gospel Church in Toronto. The Japanese Canadian churches not only provided a place of worship for Japanese Canadians, but also helped foster the community by supporting the JCCC as it grew in size and scope to what it is today.

The churches offered volunteers, support or donations to community bazaars, special events and the Metro International Caravan in the 70s and 80s. The churches continue to support the JCCC and other Japanese Canadian community organizations today. A representative made a speech and accepted the award on behalf of each church during the evening celebrations. 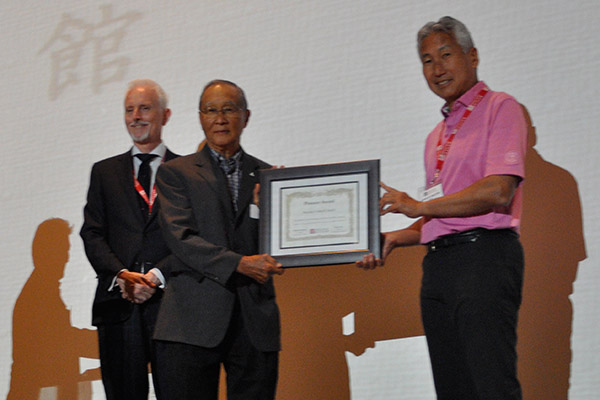 Bayview United Church formed in 2014 as an amalgamation of several churches, including the Toronto Japanese United Church (Nisei Congregation) of 1946. The award was accepted by Kaz Shikaze who emphasized the importance of inclusion as well as supporting community organizations.

“United Church prides itself on being open and welcoming as Jesus was,” said Shikaze. “Everyone is welcomed to our services regardless of age, race, class, gender, sexual orientation or physical ability.” 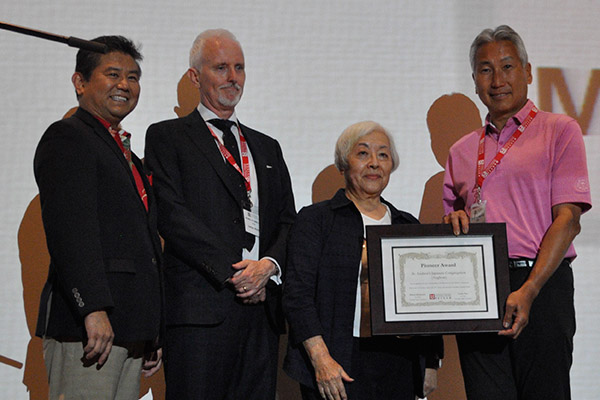 St. Andrews Congregation Anglican held its first Japanese language service to 12 Anglican worshipers in 1944. By 1969 the congregation had more than 200 members. The award was accepted by Margaret Iwata, who told the crowd one of the original 12 worshipers still attends the church today.

“This award honours the Issei and Nisei who started St. Andrews in Toronto in 1944,” said Iwata. “This award will help us to remember those who came before us as we celebrate our 75th anniversary this year.” 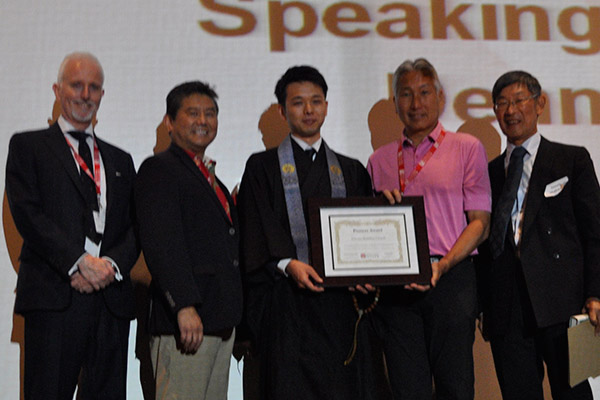 The Toronto Buddhist Church opened in 1945 and offers many cultural experiences, like odori, ikebana and Japanese language classes. The award was accepted by Dennis Madokoro who emphasized the importance of events like Nostalgia Night to maintain strong relationships between Japanese Canadian churches and community organizations.

“The Toronto Buddhist Church maintains a friendly and mutually respectful relationship with the other Nikkei churches,” said Madokoro. “This inter-church friendliness and mutual respect emphasizes again the inter-dependence and connectivity which we all share and continue to support within our community.”

The Japanese Gospel Church in Toronto has a history of more than 60 years in Toronto. The church emphasizes youth outreach, and held its first summer camp in 1959. The award was accepted by Pastor Stan Yokota, who told the crowd he has been with the church since its beginnings, and in his time has officiated three second generation marriages (he married couples, and then later married their grown children.)

“As the Japanese Gospel Church in Toronto moves forward with the leadership of young people it is my prayer that the good news of the gospel will be shared in our community and in the mission fields and worldwide,” said Pastor Yokota.

The evening began with an open and friendly social mixer and booths with photographs and information on each of the churches. Guests enjoyed a nostalgic Japanese Canadian dinner, with highlights like agesushi and shoyu wieners and  manju for dessert.

The event was organized and hosted by the heritage committee and numerous hardworking volunteers. Heritage events like this help keep culture alive at the centre, said JCCC president Gary Kawaguchi after the speeches.

“It really is the heartbeat of the centre and what will carry us forward,” said Kawaguchi.

Bayview United Church connects spiritually when it cannot physically
May 22, 2020


[…] service over the phone has rebuilt that sense of community and normalcy in their lives, says Dee Dee Yatabe, Kai’s wife and Bayview United Church […]